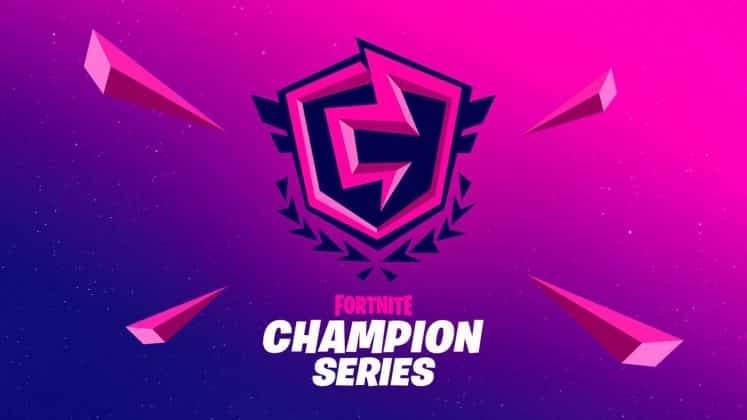 ESTNN details all the action from the first FNCS Qualifier of this Marvel-themed Fortnite season.

FNCS Chapter 2 Season 4's first qualifier is in the books after three days of heated competition. All seven regions saw multiple trios secure their first qualification into stage two, which many refer to as heats. Several of the world's best players delivered on their promises after numerous months of preparation. Since Season X, there has not been a significant trio tournament; Players now had their chance to compete in the fan-favorite format once again.

The Grand Finals for all seven regions occurred across two days and 12 matches. Epic Games decided on this format earlier this season. Each team's total score would accumulate over the final 12 games, and the sum of scores from days one and two determine their overall points earned. For Europe, NA East, NA West and Brazil – the top 15 trios pushed themselves through to the next round. Oceania, Asia and the Middle East would see only eight. Thanks to Kinch Analytics, all leaderboards below reflect each trio's final points and some other statistics. Be sure to check out results and highlights from day one, in case you missed it.

EU – 4zr, Nayte and KeziixZ Snatch the Victory from Day One Leaders After leading at the end of day one, IDrop 74, Vetle 7 and Playwell Skyrsix failed to hang onto their first place. Their struggles allowed Grizi 4zr, Grizi Nayte and Rams KeziixZ to sneak in the backdoor and steal the victory. 4zr and his teammates added 85 points to their 97 points from day one, totaling 182 overall. Day one winners Vetle, IDrop and Styrsix fell to fourth place after accumulating 51 points on the competition's final day. Gamma Th0masHD, BL Anas and Flikk improved from sixth to second over the last six matches; They finished with 174 points.

The top-15 teams above punched their ticket to the next round. Some familiar names on that list include EP Mexe, FaZe Mongraal, TrainH Umplify, Gamma Kami, Gamma Merijn and COOLER aqua. Multiple time Cash Cup winners NRG benjyfishy, 100T MrSavage and ATL LeTsHe finished outside the top 15 by seven points but earned some much-needed series points for insurance. Expect this leaderboard to change consistently throughout the next three weeks. Team SoloMid competitor Khanada and Built By Gamers teammates Kreo and Bucke sat in second place at the end of day one. This underdog position worked in their favor on the final day of the first FNCS Qualifier. Khanada and company earned 117 points on day two – the most of any other team. The three players pulled out an impressive win in the 12th and final match to give them a seven-point victory over the 2019 Fortnite World Cup Champion and his teammates. Khanada avoided the humble victor route and instead threw a dig at Bugha on Twitter after the tournament. 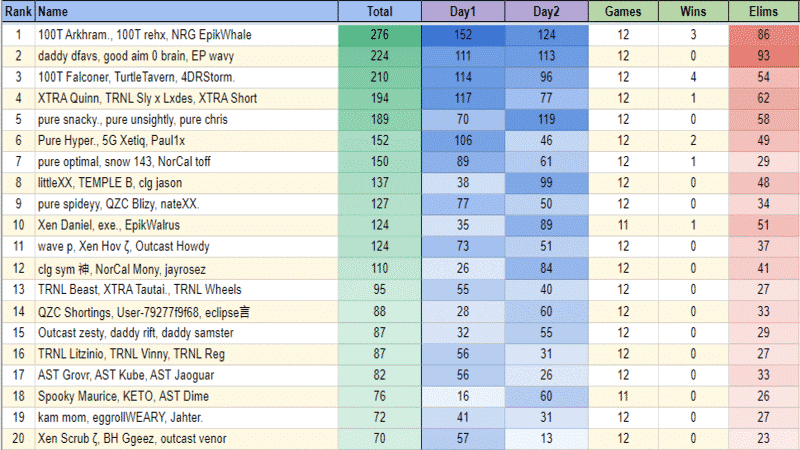 There was never much doubt after day one of the NA West Finals. 100T Arkhram, 100T rehx and NRG EpikWhale began the Grand Finals way ahead of the field with 152 points. They added another 124 on day two and secured the relatively easy victory. Arkhram, EpikWhale and rehx racked up 276 points, 86 eliminations and three Victory Royales, proving which trios is the best. This trio safely qualified for stage two, along with trios led by EP wavyjacob, 100T Falconer, XTRA Quinn and numerous others. However, there is one distinct leader out of this region. 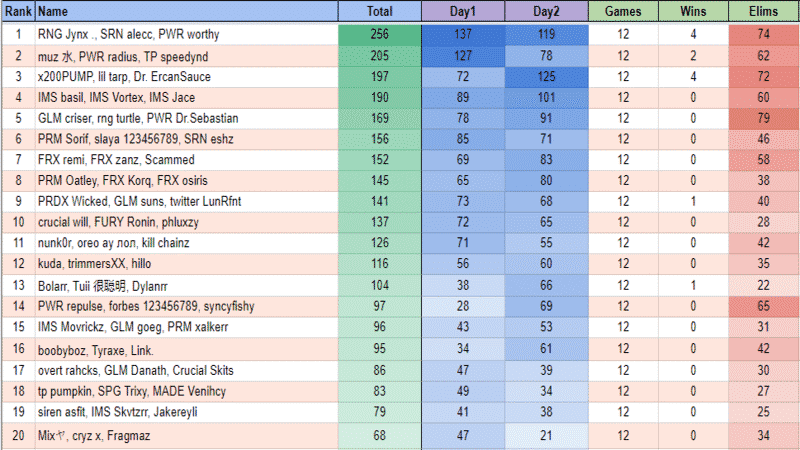 Top Oceanic players RNG Jynx, SRN alecc and PWR worthy continued to conquer their competitions with ease in the first FNCS Qualifier. These three players combined for 256 points across 12 matches with 74 eliminations and four Victory Royales. Similar to other smaller regions, we should expect to see Jynx and company atop nearly every leaderboard. Another talented trio – muz, PWR radius and TP speedynd took second place with 205 points. Remember, only the top eight listed above qualified for the finals. 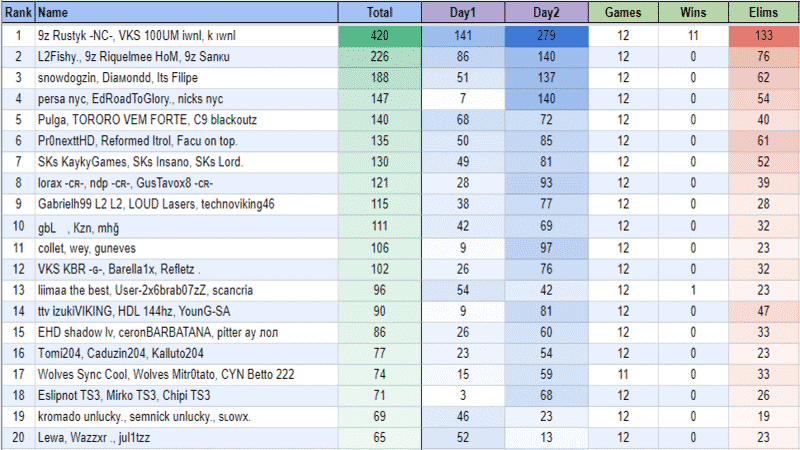 Argentinian superstar k1ng alongside Rustyk and Seeyun made Fortnite history with undoubtedly the most impressive performance in the Fortnite Champion Series. This South American trio won 11 of 12 matches, earning 133 eliminations and a whopping 420 points. All other grand finalists simply did not stand a chance against this 12-game onslaught; K1ng, Rustyk and Seeyun convincingly secured themselves a place in heats. L2Fishy, 9z Riquelmee HoM and 9z Sanku finished in the runner-up position with 226 points. It appears that every other team in South America is playing for second place. 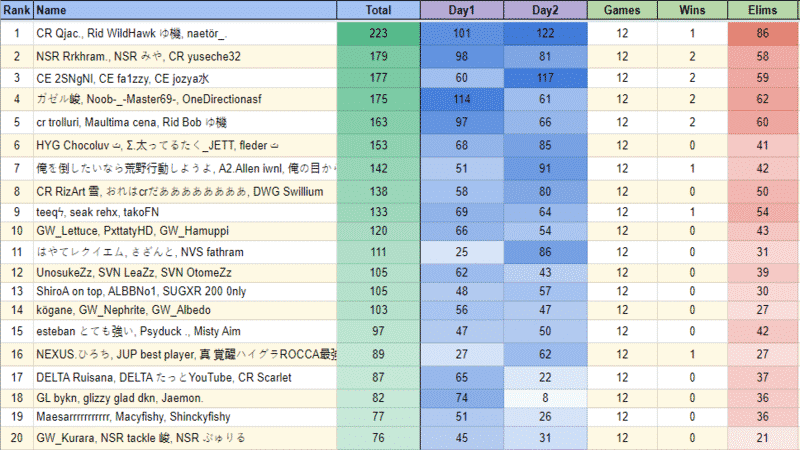 CR Qjac, Rid WildHawk and naetor broke 100 points in both sessions of the Grand Finals. They finished with 223 points, including 86 eliminations and one Victory Royale. The top eight teams above will be moving into stage two.

ME – Kuzi, Mev and Nyle Utilize Placement to Win Week One 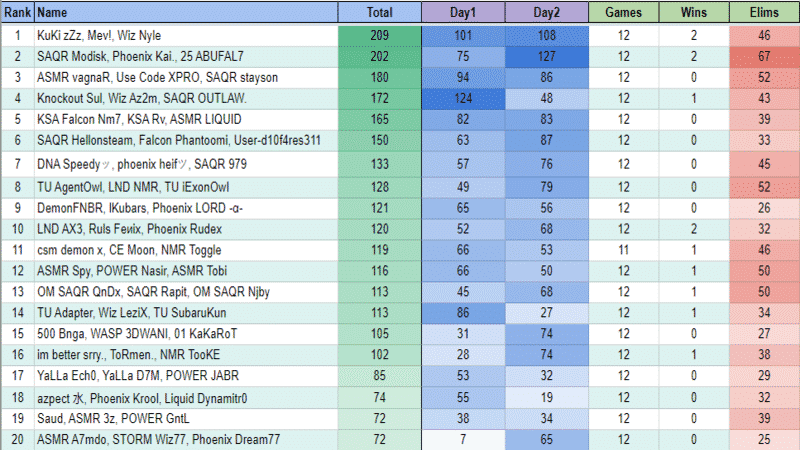 Much earlier in the weekend, KuKi zZz, Mev and Wiz Nyle escaped with a narrow seven-point victory. SAQR Modisk, Phoenix Kai and 25 ABDUFAL7 were the only other trio to break 200 points across the final 12 matches. They fell just short but earned the most eliminations out of any other team.

That wraps up week one of FNCS Chapter 2 – Season 4. Be sure to tune into ESTNN every day for the latest Fortnite Esports news, roster changes and results!