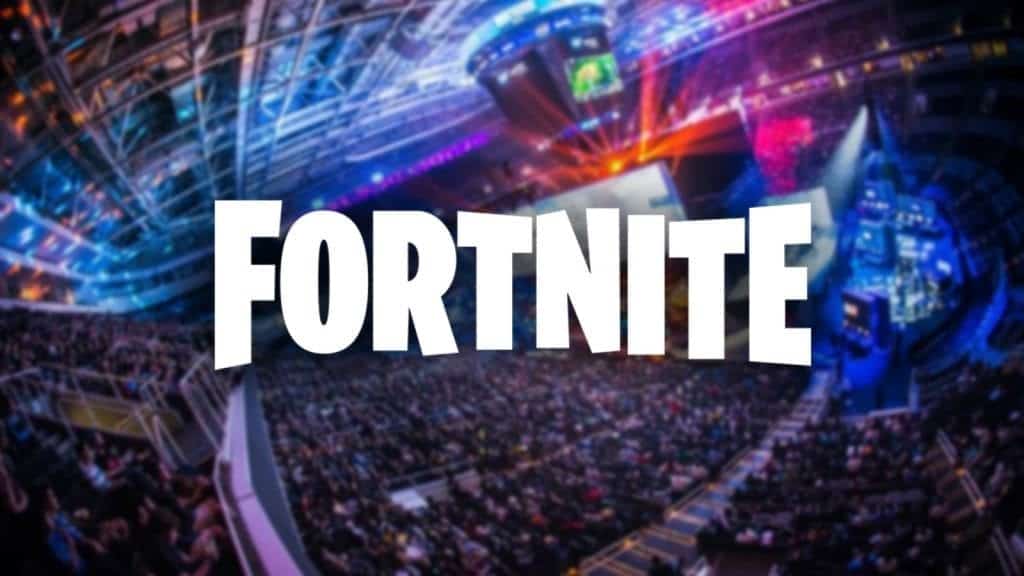 The year 2019 is coming to a close with some competitive Fortnite milestones in the rear-view. Fans feasted their eyes upon the glamour of the Fortnite World Cup and saw some unbelievably talented players showcased in full force. The Fortnite community experienced the highs of the Fortnite Champion Series and the lows of the mech suits. As we look ahead to 2020, we've compiled a wishlist for the new year in what we hope will be another successful year for Fortnite Esports. Let's not forget the ample amount of qualifier streams where players worked tirelessly toward making it to the $30M USD tournament. A star was born in Kyle "Bugha" Giersdorf, who dominated the solo competition and won $3M USD. He showed precisely how humble a professional Fortnite player is capable of being. Bugha became a global sensation, appearing on talk shows and famously getting stream sniped by the entire world in his return home from the World Cup.

For the next installment of the World Cup, it'd be nice to see even more matches because of how gripping the tournament was to watch. All in all, the viewing experience was outstanding and gave a new meaning to Fortnite Esports. Epic Games blasted a homerun with the World Cup, and we hope to see another iteration in 2020. 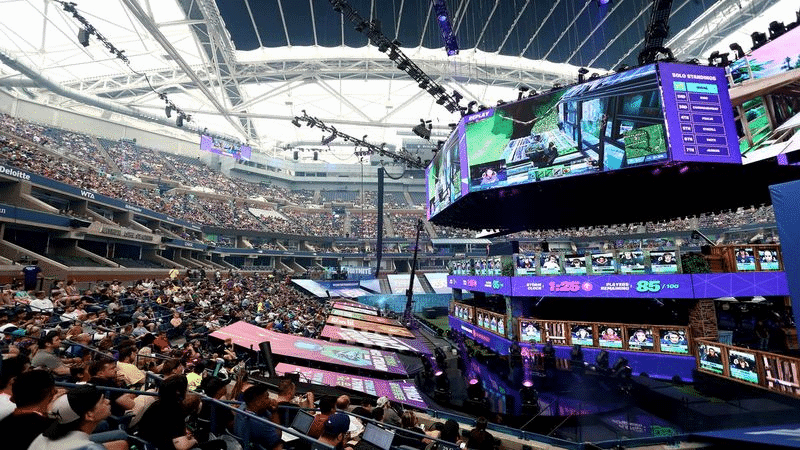 One of the most significant drawbacks of the competitive Fortnite atmosphere is the number of online tournaments. On the heels of players competing for over $20M USD in the Winter Royale, fans want more. The year 2019 produced just three major LAN events for competitive Fortnite. The Fortnite World Cup, ESL Katowice Royale and DreamHack Winter were only tournaments LAN of the year. Unfortunately, we don't see many LAN events for Fortnite likely due to all that goes into their orchestration.

A rumored Fortnite World Cup 2020 could be coming soon as well as the DreamHack Anaheim. With seven competitive regions in Fortnite, we'd love to see more representation on LAN to help decide who the best players in the world are. Online events have become the standard given the circumstances. However, players with extremely low ping will always be at an advantage. Hopefully, we will be able to experience more LAN events in 2020 with all competitive regions involved. 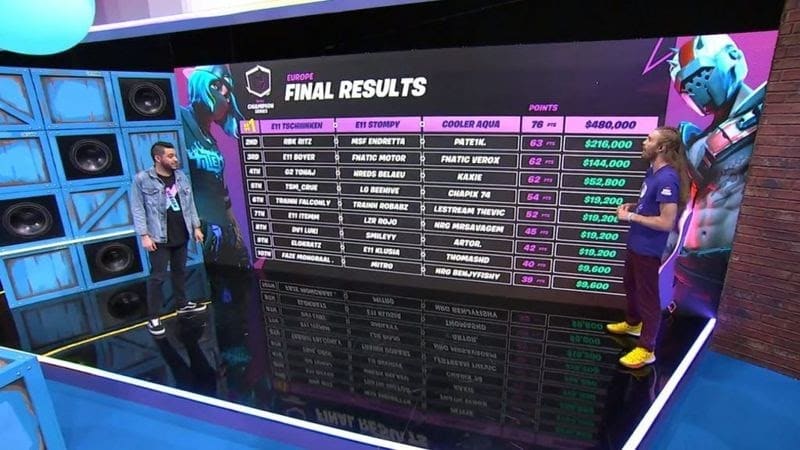 The year 2019 showed exactly how capable Epic Games is of running a viewer-friendly stream and showcasing the world's best talent. Seeing Tyler "Ninja" Blevins, Jack "CourageJD" Dunlop, Ben "DrLupo" Lupo, Alex "Goldenboy" Mendez and many others at the World Cup was a breath of fresh air. Their knowledge of Fortnite and its competitive scene shined through with millions of people watching.

Even the more homegrown on-air talent of Arten "Ballatw" Esa, Cameron "Sundown" McGrory, and Javier "MonsterDface" Collazo make the viewing experience for competitive Fortnite even better. Dedicated streams not only give fans something to see but also helps them learn more about the game and its players. Whether it's an online tournament like the Season X Finals or the World Cup itself, more broadcasts would be helpful to see out of the team behind Fortnite.

Competitive Fortnite is profoundly lacking in recognizing its talent. Yes, many of the best players broadcast live on Twitch to thousands of viewers, but this does not reflect upon a general audience. Epic Games' Bugha - Stories from the Battle Bus mini-documentary is a compelling look into the mind and life of the Fortnite World Cup Champion. This video put a face to the name and unveiled some previously unknown details about the best solo player in the world. It helped elevate the name Kyle "Bugha" Giersdorf to the next level and garnered nearly 4 million views on YouTube.

Epic Games followed up the Bugha documentary with even more detailing the lives, preparation, and World Cup experiences of Benjy "benjyfishy" Fish, Emil "Nyhrox" Bergquist, David "aqua" Wang, Shane "EpikWhale" Cotton and Harrison "psalm" Chang. These more in-depth insights into Fortnite's premier players help give them the exposure that is often lacking. Epic Games should continue to produce this type of content to garner more interest in competitive Fortnite. We speak for most of the competitive Fortnite fans in saying that trios and duos are the best formats that Fortnite has to offer. Solos most definitely earned their place considering the World Cup, but the team dynamic sets Fortnite apart from other esports titles. This game requires constant communication between players, and it is on full display in both trios and duos. One of the highlights of Season X was the dominance of Benjy "benjyfishy" Fish, Kyle "Mongraal" Jackson and Dmitri "mitr0" Van de Vrie. These three EU players put on a show every single weekend during the qualifiers.

Some of the best players in the world made names for themselves in duos. Fans were able to see players like Williams "Zayt" Aubin link up with Rocco "Saf" Morales and remain a dominant duo since the beginning of competitive Fortnite. One player relying on another in the heat of competition makes duos exciting to watch. Squads were an interesting experiment and not bad at all, but trios and duos are so much more entertaining from a viewer's standpoint. One of the biggest concerns in 2019 was Epic Games' lack of communication with the competitive community. Season X was the prime example of a disconnect between the developer and professional players. The mechs had no place in Arena, let alone multi-million dollar tournaments. It turned many players away from the game after the success of the World Cup. Competitive players are often in the dark, mainly due to the broad audience that encompasses Fortnite's fan base.

We have to admit that Epic Games improved their communication and competitive outlook after Season X. Fortnite Chapter 2 Season 1 has seen no significant changes to the map or items since its release in October. Thus far, Chapter 2 has seen multiple Cash Cup tournaments, a Squads Fortnite Champion Series and the Winter Royale.

We've been able to see the meta and gameplay develop without the Fortnite developers throwing a wrench into the equation. Overall, Fortnite has been able to grow into more of an actual esports title than ever before. Hopefully, Epic Games will continue to take a cautious approach with adding and removing items that could profoundly affect gameplay. Boxfighting and Zone Wars encompass two of the essential skills to master in Fortnite. Being able to execute clean edits, hit accurate shots and take walls are the actual meat and potatoes of what competitive Fortnite is all about. It's a small request, but some boxfight and Zone Wars tournaments sanctioned by Epic Games would undoubtedly drive more traffic toward their game's competitive scene.

These tournaments could be invite-only where Epic Games selects individual top players to duke it out for a predetermined prize pool. It does not have to be millions of dollars, but it would help fill the void that exists when there are no Cash Cups or tournaments. Boxfight and Zone Wars competitions would also bring publicity to map designers who work tirelessly on their craft.