The monthly subscription service began late last year and brought high-profile characters such as Green Arrow and Loki into Fortnite and some other unique concepts. Some other incentives over the last year have included free V-Bucks, additional in-game items and even a brief partnership with Spotify Premium.

Today, Epic announced the following three Fortnite Crew skins, covering September, October and November. All three are part of the Midas’ crew of operatives, each with their own unique features and cosmetics for Crew subscribers to enjoy.

Three original characters known as Burning Wolf, Chaos Origins, and Sierra will join Fortnite Crew in September through November. Epic Games describes each of them as members of Midas’ crew. Most should remember Midas as The Agency boss character in Chapter 2 - Season 2, who became a vital part of the storyline and eventually turned in Shadow Midas.

Epic plans to elaborate on the back story of Burning Wolf, Chaos Origins and Sierra over the next few months, but we do have some information on each per the announcement blog post. 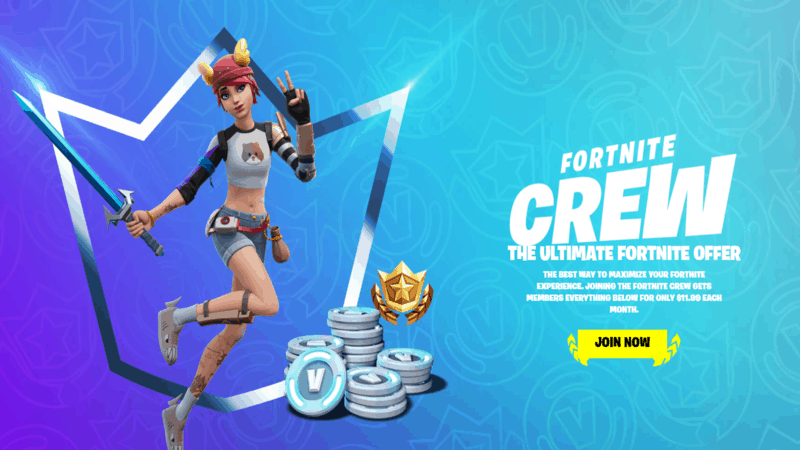 Those who enlist in Fortnite Crew and collect all three characters will receive an additional style for each skin in November. Crew subscribers receive the usual 1,000 V-Bucks and seasonal Battle Pass for free to compliment whatever else Epic decides to include in the future.

We’ll be sure to include the complete list of cosmetics for the subsequent three Fortnite Crew releases once Epic provides more information! Be sure to check out the official Fortnite Crew website to learn how to subscribe and find out all of the details. If you subscribe now, you’ll collect the Summer Skye skin and all the other benefits.