Fortnite: Chapter 2 released earlier this week to a largely positive response by both casual and competitive players. It’s become a meme over time, but the unique aspect of Fortnite is that it is always changing. Although the core gameplay of the Battle Royale remains unchanged, players no longer have access to very specific items. The absence of these items will undoubtedly alter strategies going forward into the second iteration of the Fortnite Champion Series. Fortnite itself seems to have reverted to a vanilla version of the game, which is not necessarily bad.

is there no mobility?

We quickly learned in Fortnite Chapter 2 that rotational items are few and far between. In actuality, there remains just one option for rotation in the entire game. This comes in the form of the newly added boat vehicle to Fortnite: Battle Royale. Epic Games implemented a swimming mechanic into Fortnite, which we have not seen before. Along with this is a boat that can travel on both water and land. The removal of items such as the launch pad, bounce pad, shockwave grenades, and the grapnel gun leaves players scrambling to stay ahead of the storm. Minimal rotational options force players to rotate early and conserve their building materials to ensure that they have a chance at placement. Fortnite’s lack of rotation has single-handedly altered the meta, and players are adapting accordingly.

One of the most significant criticisms of competitive Fortnite is the abundance of random number generators (RNG) within the game. This applies to floor loot, chest loot, and previously chest spawns. Fortnite Chapter 2 seems to have rectified one of those issues seeing as chest spawns appear to remain consistent throughout every match. Although the contents of the chest remain a mystery, constant chest spawns create more consistency. Professional players no longer have to worry about whether a chest may or may not have spawn where it normally does. In a sea of changes, this is one of the better ones for competitive gameplay.

Epic Games used Chapter 2 as an opportunity to condense the weapons available in Fortnite. There is a laundry list full of weapons that are no longer in the game. However, many still remain, and some previously removed weapons have reappeared as well. Reddit user u/hostadam saved us the trouble of figuring out what changed by creating his own patch notes for Chapter 2. The typical rotation of Assault Rifles, Shotguns, Sub Machine Guns, Pistols, and Sniper Rifles remain. Epic Games added a new Bandage Launcher into the game, which occupies two inventory slots. The Pump Shotgun saw its Common, Epic, and Legendary variations unvaulted. Quite possibly the most controversial is the addition of a Common and Uncommon Rocket Launcher. These appear to inflict structural damage similar to that of the Epic and Legendary varieties. The aforementioned Rocket Launcher variations also appear in more than just air-drops. Chapter 2 also introduced a weapon upgrade station, which costs players an allotment of building materials.

We likely won’t see much of a change in terms of what players carry through competitive squads or solo matches. The Bandage Launcher will factory interestingly into competitive, however, as it does heal a player’s health bar rather quickly. The different variations of the Rocket Launchers will cause absolute chaos late in each match. Players will be able to spam rockets into opposing player’s structures and obtain advantageous positions. The unvaulted Burst Rifle may not factor into competitive whatsoever outside of the Epic and Legendary versions. Most players will opt to carry a normal Assault Rifle due to its spraying ability. Overall, as the meta develops we will learn what the optimal combinations are going forward. A new map was inevitable heading into the newest phase of Fortnite: Battle Royale. The long-awaited new map had players willing to embrace this change with open arms for better or worse. In general, the majority of Fortnite players were ready for something new to experience outside of the map we grew to know like the back of our hand. This new map provided a bevy of locations to explore, and more importantly, decide which will be a primary drop spot. Chief among these drop spots is Slurpy Swamps, which rewards players with chug splash-like effects from containers around the area. As prospective Fortnite Champion Series squads work out their strategy, we are quickly learning which POIs are ideal in a competitive setting. There is an emphasis on choosing a location with plenty of materials to farm and a wide array of loot that will hopefully carry a squad deep into the end game. It will be important to keep an eye on the success rate of each POI as the competitive meta works itself out. 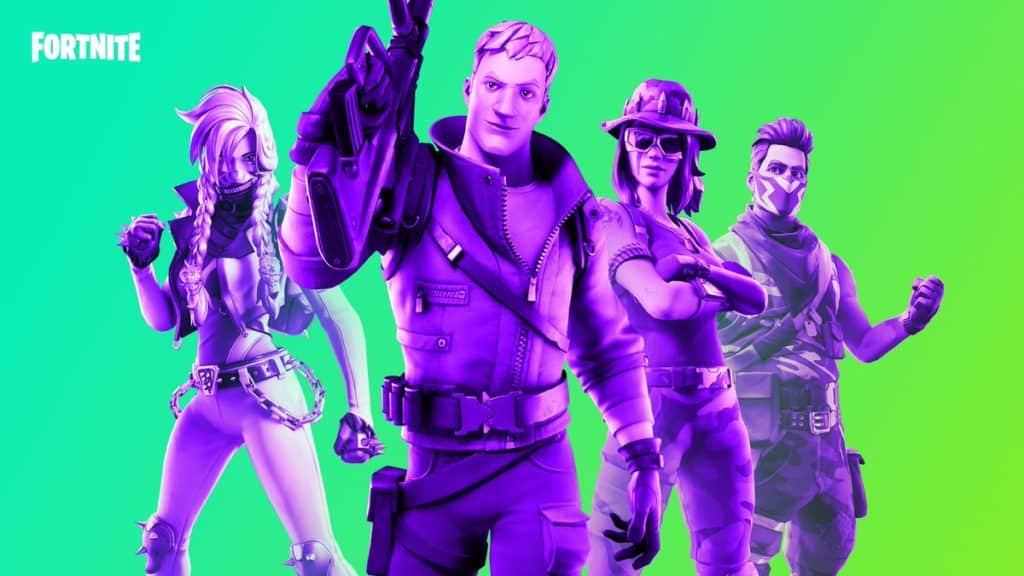 Squads Format for the FNCS

To date, in competitive Fortnite we have seen the highest level of solos, duos, and trios. It was only a matter of time until Epic Games delved deeper into squads for Fortnite tournaments. Thus far, we’ve seen some supremely talented teams form, but the meta of squads is still in development. The competitive community is collectively awaiting more information on the upcoming Fortnite Champion Series as well as other complementary tournaments like the Cash Cups. It is far too early in the going to make a judgment on the squads format, but as usual, it breathes fresh air into the competitive Fortnite scene.

Epic Games is always changing Fortnite, sometimes for better and sometimes for worse. The general consensus of Chapter 2 one of reinvigoration for a game that was slowly decreasing in popularity. We now have a lot to look forward to with the Fortnite Champion Series continuing and DreamHack Winter right around the corner. There’s no telling how the competitive landscape will develop, but it is exciting nonetheless.