The Fortnite Champion Series (FNCS) is the game’s quintessential measuring stick for the best players and teams. Epic Games has hosted 13 events with the FNCS brand. Since its inception in 2019, we’ve seen multiple of Fortnite’s best talents rise to the top and claim an FNCS title.

A lengthy list of legends has claimed a championship; Williams “Zayt” Aubin, Rocco “Saf” Morales, Kyle “Bugha”Giersdorf, David “aqua” Wang and many more. FNCS tournaments continued worldwide through the COVID-19 pandemic, ensuring a stable competitive ecosystem. While many champions have come and gone, the FNCS remains a staple in competitive Fortnite.

On top of receiving thousands of dollars in prize money, regional winners would ultimately claim the elusive Axe of Champions pickaxe. This reward added more incentive to those in the running for a championship. The homegrown European organization named Become Legends recently took this concept one step further, revealing tangible, real-life FNCS trophies.

The Axe of Champions: A Brief History 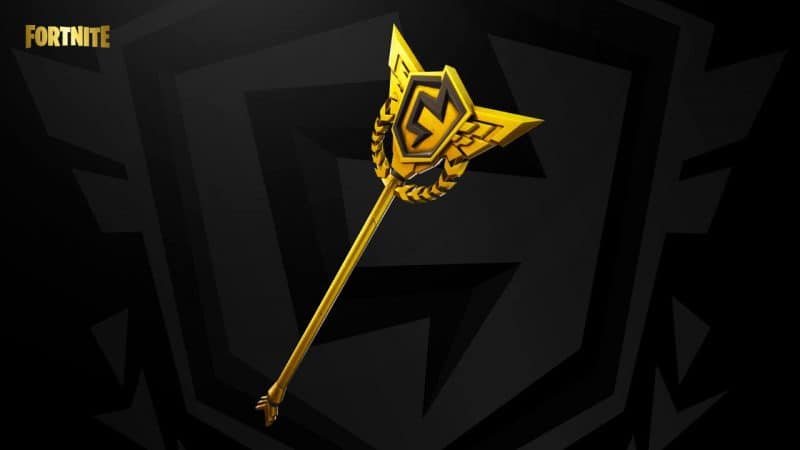 Nearly two years ago, Epic Games announced that FNCS winners would receive not only a considerable portion of the prize pool but also an in-game reward known as the Axe of Champions. Tournament victors would don the harvesting tool for an entire season until the next wave of FNCS winners claimed the throne. The players mentioned above and many more have held the Axe of Champions. However, those winners ultimately part ways with the item following the next FNCS Finals.

Become Legends — a Fortnite organization based in Norway — houses some of Europe’s best players. While its roster is currently small, current members such as Iwo “Setty” Zając and Michał “Kami” Kamiński have become synonymous with success in the European scene. In fact, these two Polish players won FNCS Chapter 2 Season 8 and finished second in the subsequent FNCS Grand Royale.

Their successes prompted Become Legends to construct a real-life FNCS Axe of Champions. The organization’s Commercial Director — Renato “Reno” Mahmutagic — made this dream a reality. In the video, Reno revealed the Axe of Champions and handed it to Setty to reward his FNCS triumph. The trophy is a precise replica of the exact item of past and current winner’s sport in-game, down to the same color scheme and patented logo.

The Axe of Champions presented to Setty adds another layer of prestige to an already impressive achievement. It took five months to complete according to the video, which begs the question; can Epic Games follow through? 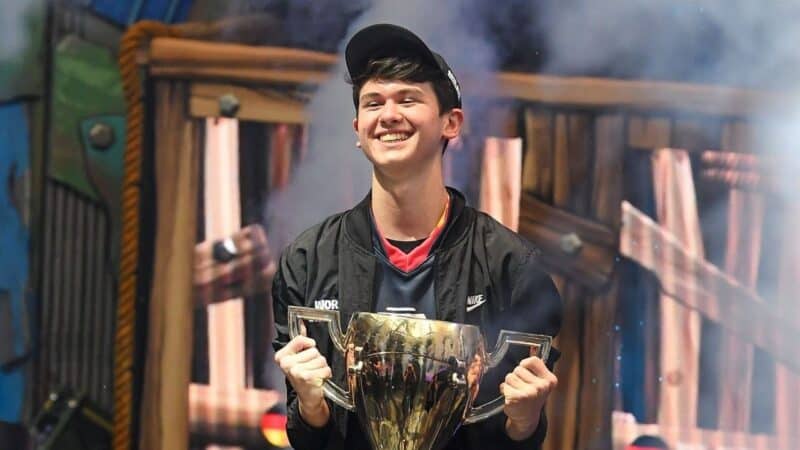 The Fortnite World Cup in 2019 saw Bugha, aqua and nyhrox walk away with a stack of cash and a trophy for their outstanding performances. It’s a reflection of perhaps competitive Fortnite’s peak. The three players can look to the impressive World Cup trophy as a reminder of the hard work and dedication required for such an accomplishment. Unfortunately, Epic has not stayed true to this model. While the in-game Axe of Champions is a timeless memento—nothing beats a real trophy.

Become Legends laid the foundation of Fortnite trophies in the FNCS era. The formula is simple; include the names of each player and use each season’s unique color scheme and logo. There’s no denying that FNCS competitors would enjoy a physical reward for overcoming such insurmountable odds. Hopefully, future FNCS Champions will collect a trophy for their hard work. For now, the BL organization delivered a seemingly unrealistic concept.