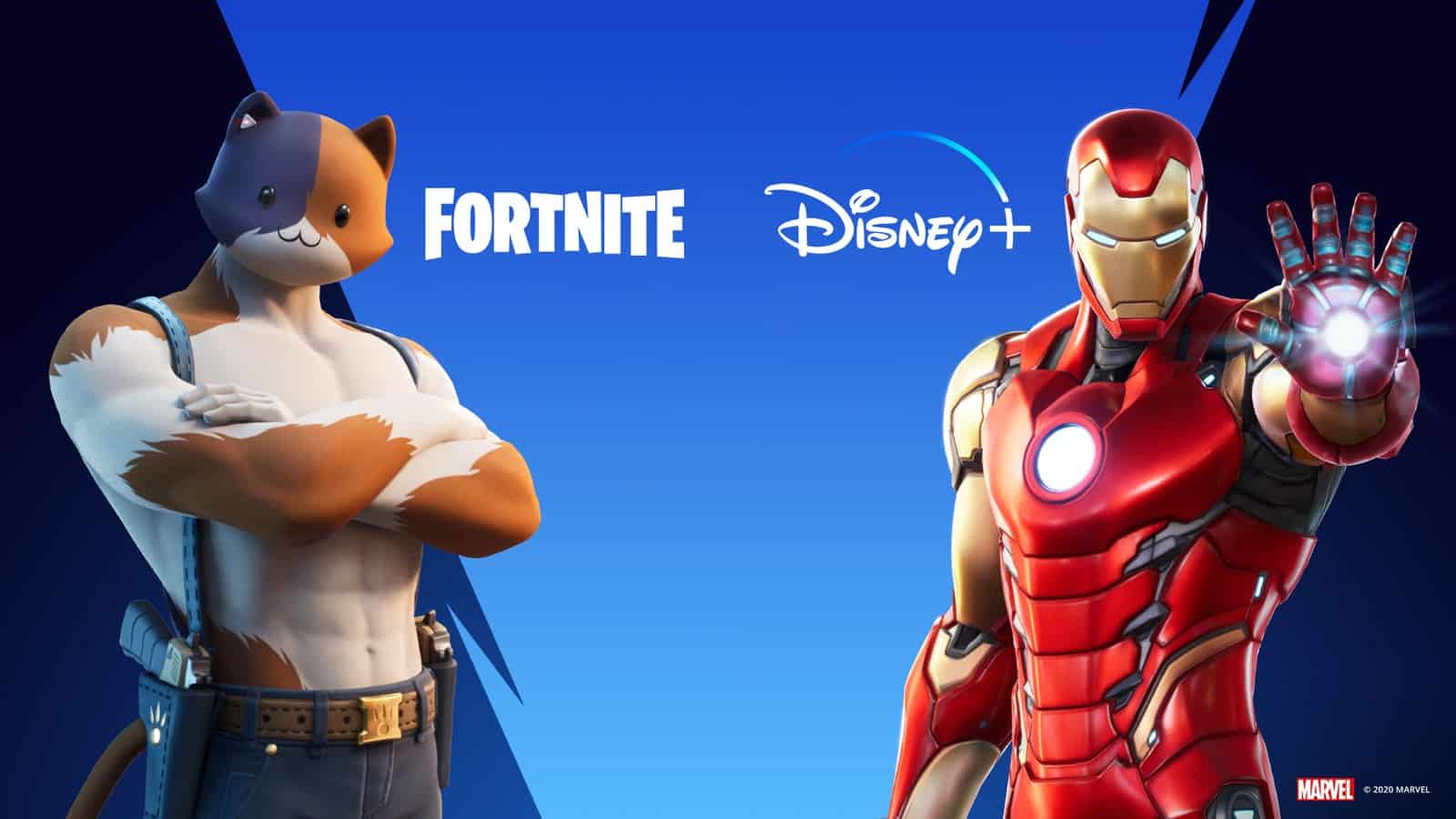 Epic Games announces a deal with the Disney Plus streaming service.

Fortnite: Battle Royale never ceases to bring in the most outlandish partnerships in the history of gaming. In a somewhat anticipated move, Fortnite's official Twitter account confirmed today that it struck a deal with Disney Plus. As part of the deal, they'll offer two months of service after "a real-money purchase in-game". This offer is valid only for Fortnite players above the age of 18 and varies by country. It's the latest in a long line of cross-promotion that the Epic Games-developed title, including Samsung, Marvel Comics, DC Comics and the National Football League on top of countless others. It seems the recent Marvel partnership this season opened up doors previously unimaginable for Fortnite and its developers to collaborate with Disney.

We’re squadding up with @DisneyPlus 🎉

Starting Nov 10 @ 7PM ET, get up to 2 months of Disney+ on us, when you make a real money purchase in-game. New Disney+ subscribers aged 18+ only. Select countries only, offer varies by country.

Fortnite Chapter 2 - Season 4, also dubbed Nexus War, is rapidly approaching its end on November 30. Enter Disney Plus, which is Disney's streaming service that launched in November 2019. Disney's ownership of Marvel most likely granted this opportunity for Fortnite players over 18 to watch their favorite Marvel superheroes in action. Epic Games released a statement detailing the agreement with Disney.

"Beginning November 10 @ 7 pm ET through December 31, 2020, get 2 months of Disney+ on us when you purchase V-Bucks or make any real money purchase in Fortnite -- like the currently available Street Serpent Pack. Purchased something earlier this month? We've got you covered. If you made any real-money purchases in Fortnite from November 6 @ 10 AM ET, including purchasing V-Bucks, you're still eligible. Just visit fortnite.com/disneyplus beginning November 10 @ 7 pm ET to redeem your subscription."

It's worth noting that this offer is NOT available to Fortnite players in France, Japan, the Middle East, Brazil, Latin America, Korea, Turkey, and Russia. Those who qualify for the offer can redeem their Disney Plus code at fortnite.com/disneyplus. Those who enroll in a free Disney Plus subscription will need a valid form of payment to earn the two free months. Disney Plus will renew automatically at the end of the two-month free offer. Because of this, be sure to cancel if you no longer want to use the streaming service.

How to Cancel Disney Plus After Two Month Period

Fortnite's announcement blog post provided some insight into how you can avoid the automatic charge from Disney Plus after the free trial.

"Before the end of your offer period, simply follow the steps here to cancel your Disney+ subscription to avoid being charged. If you have any questions around the cancellation process, simply scroll down to the bottom of the page and select "Live Chat" or "Call Us" to speak with live Disney+ customer support, available 24 hours a day, seven days a week."

If you enjoy Disney Plus after the trial, do nothing and the service will charge your account monthly after that. For more information on this partnership, refer to this website. Be sure to take advantage while you can. All codes will expire on January 21, 2021.