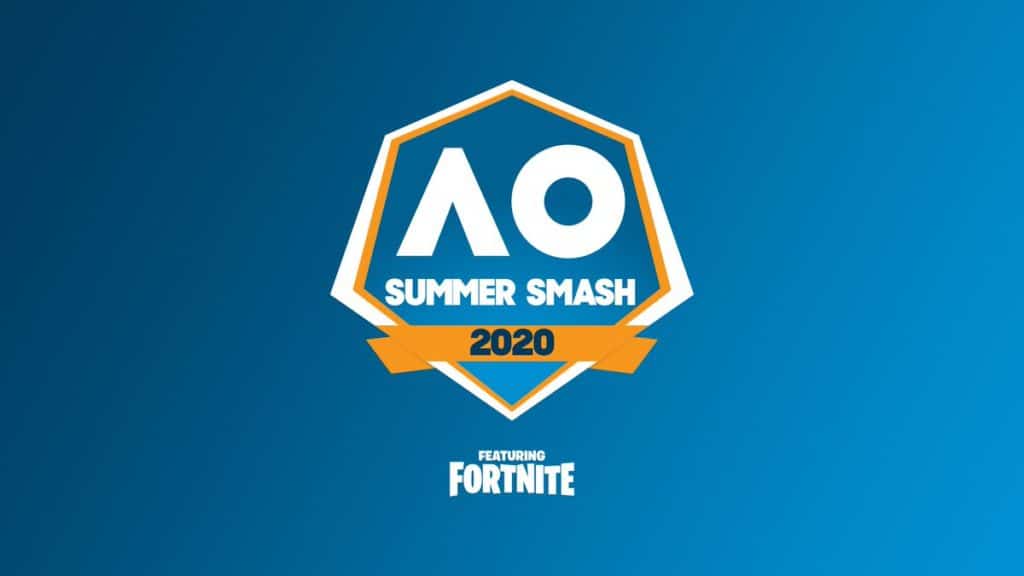 Competitive Fortnite fans have a tournament to look forward to and its less than one month away.

The competitive Fortnite scene has gone radio silent since the Winter Royale 2019 concluded just before the New Year. Amidst rumors of a second Fortnite World Cup and a third Fortnite Champion Series, it's an excellent time to discuss a confirmed tournament. That tournament is none other than the Australian Open 2020. ESL and Epic Games are organizing this tournament in conjunction with the Australian Open, which is one of the premier professional tennis competitions the world over. Recognizable Fortnite analyst, Aussie Antics, provided a whole slew of details regarding this tournament in a recent YouTube video.

What is the Australian Open?

Day one of the Australian Open 2020 will feature a trios Pro-Am competition, similar to that of the recent Twitch Rivals tournament. Two professional players will accompany a celebrity in hopes of taking home a piece of the $100K USD prize pool for their charity. Day two is where the players go to work in a solos competition. We are not aware of a scoring system yet, but the 2019 Australian Open featured five heats, each with 100 players. Players competed in two games per heat, and the top 20 advanced to the finals.

In his video, Aussie Antics indicates that the prize pool will top out at $500K USD, similar to the Australian Open in 2019. A hefty prize pool, as such, makes the Australian Open 2020 one of the most significant LAN events in competitive Fortnite history next to the Fortnite World Cup. The prizing breakdown will see $100K USD disbursed on day one in a Pro-Am charity competition. That leaves an extra $400K USD that players will compete for in the city of Melbourne. First place in the solos competition will walk away with a cool $100K USD, and even dead last will earn at least $2K USD.

Confirmed Players for the Australian Open

Aussie Antics releases a Twitlonger on January 1st, which gives us an insight as to who will be in attendance in Melbourne:

The majority of the confirmed players are notable within the Oceania region of competitive Fortnite. The X2Twins Jesse and Jordan, Volx, Parpy, Slaya, Skyla, Link and Gooboz often appear atop Fortnite Champion Series and Cash Cup leaderboards. X2Twins Jesse won three matches straight at last year's Australian Open and finished in first. Oceania players are no joke and will look to defend their home territory.

Some other non-Oceania players that will be attending include Fortnite World Cuo Duo Champions, David "aqua" Wang of Cooler Esports and Emil "nyhrox" Bergquist. Solo Cash Cups, in particular, have been kind to Aqua. He's finished in first multiple times and has some runner-up results as well. Aqua also finished in sixth place at the recent DreamHack Winter Fortnite Open in Sweden. Although he is not primarily a solo player, Karim "Airwaks" Benghalia of Solary will attend the Australian Open in February as well.

Got invited to play in the Australian Open Fortnite event on the 1st and 2nd of February in Melbourne! ?

Bro I’m about to be going to the Australian open tournament alone cuz no one else I know got invited ? maybe @TSM_Vinny1x will get invited ?

In terms of North American representation, the only two players on the list at this point are Anthony "ZexRow" Colandro of Team SoloMid and Replays of FaZe Clan. ZexRow has accomplished quite a lot in his Fortnite career with a win and a runner-up finish in both the Season X and Chapter 2 Season 1 Fortnite Champion Series. He's not mainly known for his solo accomplishments but will be throwing his hat into the ring regardless.

If history is any indicator, the Australian Open 2020 is precisely what the competitive Fortnite community often needs. With so few LAN tournaments to experience, some reasonably high profile players competing for a $100K USD grand prize will be great from a viewer's perspective. The only aspect that could improve the competition would be even more high profile names. We can safely assume that the top professional Fortnite players like Kyle "Mongraal" Jackson, Benjy "benjyfishy" Fish and Fortnite World Cup Solo Champion, Kyle "Bugha" Giersdorf have received an invite. The Australian Open 2020 is a little less than one month away, so we will have to diligently check-in to see if the attendance list grows with more names.

Stay tuned to ESTNN for more details regarding the Australian Open 2020 as they trickle in throughout January.