If you spend any amount of time around the Final Fantasy XIV community, especially in the raiding scene. You'll hear the term Ultimate being thrown around on occasion. Those who clear it are god gamers held in the highest regard or are rumored to have bought a clear. There is a certain amount of mysticism around this content, and even after many watched the world's first race for the most recent one. Many players don't seem to understand what makes an Ultimate so special, and why it stands separately from other Final Fantasy XIV content. So let this be an attempt to teach you, what an Ultimate is. How to prepare for it, and most importantly. How to have the most fun with it.

In very simple terms, Ultimate is possibly the hardest battle content in Final Fantasy XIV. Not just for their mechanical depth, but the scale of things. While your average savage encounter will clock in at around 10 minutes. An ultimate will last you through up to 20 while going through several phases with different core mechanics. Think of it more like a hyper condensed version of an entire raid tier on steroids. It is however hard to compare the content with any other battle content in XIV. Ultimate's have a very fast pace, with several mechanics stacked on top of another and then some. They require the entire team to be at 100% of their positioning while also keeping up the damage. And while a Savage can usually be cleared with party members dying a few times, recovery is usually very unlikely in Ultimate.

But they are so much more than that, they are not just a remix of their namesake content. If savages are the tests you take throughout the year. An Ultimate encounter is your finals. They'll include all kinds of mechanics, no matter where they originate from and a heap of new ones. All going off at once. In a relentless gauntlet that will rarely leave a player uninvolved.

Now, this would surely reward the best gear Final Fantasy XIV has to offer right? Nope. Instead, you get a title and a weapon whose stats are finely tuned for the Ultimate you've just cleared. Oh, and you'll get bragging rights. But how hard is Ultimate?

Now, this is a question for the ages. Just like most battle content, Ultimate isn't actually hard. They are a considerable time investment, a test of patience and focus. You don't need any crazy reaction times or the craziest rotation being locked on 100% of the fight. That being said, learning these fights is a process. Even with a guide, and 7 other experienced players, it will take a considerable amount of time to get it done. A lot of it comes down to your previous raid experience. If you've raided up and down XIV's impressive roster of bosses to fight, you'll often find elements of them in Ultimate. It'll help you to spot mechanics faster, and probably give you some idea of how to solve them. But the pace of an Ultimate is a different beast by far.

All of that being said, Ultimate's just like Savage's and Extreme's aren't ‘hard'. It's learning an extended dance routine that leaves little room for error for all 8 players. Everyone needs to be focused and execute this precision dance for about 20 minutes. What breaks many groups against this content, is the needed consistency that you can only get by practicing. That's why I won't tell you that Ultimate's are hard, I'm pretty certain most players could clear them. But they are a considerable time investment. One most players are either afraid of or simply don't deem worthy of the reward. Even experienced groups take anywhere from 40 to 80 hours of progression for some of the older fights, even with a guide. The content itself is clearly designed for those who want to test their mettle and it's not something you're gonna clear after just two nights of progression either.

Technically it only requires a group of 8 that meets the minimum item level. And we've seen only tank group clear the first Ultimate, so I won't say it's impossible with any party composition. But for that sweet, sweet Limit Break, you'll probably want two tanks, two healers and four DPS. If you wanna get your Limit Break a little bit faster, you go in with what we call a ‘regular party composition'. Everyone plays a unique job. With two tanks (PLD/WAR/DRK/GNB), you'll also need a shield healer (SCH/SGE) and a regen healer (WHM/AST). Two physical DPS (MNK/NIN/DRG/SAM/RPG), a ranged DPS (BRD/MCH/DNC) and one magical DPS (BLM/SMN/RDM). While there are certain combinations that do more damage than others, all combinations can clear the content. That's the only thing that matters here. If you lack damage, you should try not to die or review your rotation.

The next big factor is time and commitment. If you want to progress through these fights you should find a group that is committed to clearing. Because trying to replace and teach another player mid progression can be really tough on morale. So make sure, that everyone is on the same page that this is gonna take a while. Let's say you progress the fight maybe 8 hours per week. Don't expect to clear until you're at least a month in. And that there will be days where you don't make any progress at all. Then What's the Fun in It?

To quite a few of our fellow gamers out there, smacking your head against a boss-sized wall while not making any meaningful progress for hours… might sound like masochism. Which it is. Square Enix designed this content specifically to hurt you. In fact, there was a time when XIV raiding was considered hard, too hard that players stopped playing it. So Square Enix caved in and made Savage content ‘clearable within a reasonable time frame'. This upset some parts of the raiding scene until the introduction of Unending Coil of Bahamut (Ultimate) with patch 4.1. Director and Producer Naoki Yoshida famously warned players that they were not prepared for it.

But some select Warriors of Light enjoy throwing themselves at a challenge like that. Over and over again till some cracks begin to appear. And Final Fantasy XIV's systems make it really easy to have at an encounter over and over and over again. Especially the older Ultimate's with gear requirements that anyone should be able to meet. And they are only locked behind savage encounters that are quickly cleared with an unsynced item level. Do keep in mind however that Ultimate's will always sync you down to their respective item level and job level.

And if you want to have a go at it today, I highly recommend you go in blind and just figure things out. You can always look up a guide if you get hard stuck somewhere. But the most fun you'll have in Final Fantasy, besides owning a house and making your character look pretty, is progressing through a fresh fight. What Ultimate's are there?

As of writing, there are currently four Ultimate encounters in the game. With a 5th one to come whenever patch 6.3 releases, which should be early next year. Here you'll find just a general introduction to those encounters and what to expect:

The Unending Coil of Bahamut (Ultimate)

Commonly referred to as UCoB by the community was released back in Stormblood with 4.11 and was the first Ultimate to be released. It's a tough encounter even today, recounting the events of the Coils of Bahamut raids. Expect to see some familiar faces during this almost 20-minute gauntlet. Do keep in mind that you'll have to clear this fight at level 70, but the damage checks should not pose a problem today. You only have to worry about the mechanics. And a free fun fact, the world first was achieved by a Japanese group, comprised of some former members of Lucrezia who claimed the world first for this very same encounter all the way back in ARR.

Also referred to as UWU by the community. Get it.. because Ultima Weapon Ulti- yea I'll stop. This encounter was released with 4.31 and a love letter to A Realm Reborn's original set of bosses. Here you'll fight the three primals Garuda, Ifrit and Titan before facing off against the Ultima Weapon. This encounter includes a very tricky puzzle, which left many heads spinning back when it was released in May 2018. It was first cleared by group Entropy who went on to be the first to clear the next two savage tiers. You'll also have to do this fight at level 70.

The Epic of Alexander (Ultimate)

Released with patch 5.11 and commonly referred to as TEA, here you get to relive the trauma that was raiding Alexander. Starting off cheeky, by triggering many veterans PTSD with Living Liquid. This Epic is nothing if not challenging. So don't expect the mechanical threats to go lightly on you. You'll have to face Alexander and his offspring at level 80 and compared to the earlier two Ultimate's. This one will be mechanically more intense. The world first clear came from the NA group Thoughts Per Second who have been consistently pulling off world firsts and top ten placements.

Due to the pandemic, this fight had been delayed from patch 5.31 all the way to 6.11. This doesn't mean that the fight is any easier though. It is widely regarded as the hardest Ultimate to date and very demanding when it comes to positioning. While the previous Ultimate's had been epic retellings of previous events in the story. Dragonsong's Reprise proposes more of a ‘what if' scenario while players make their way through its gauntlet of bosses. Referred to as DSR/DRU or my favorite DSU (the jury still holds out on the most meme-worthy one), it's a retelling of the events of the Heavensward expansions main scenario. The fight was first cleared by former members of Entropy and the precursor group of Thoughts Per Second that now form Neverland.

Clearing an Ultimate is a journey in and of itself. It will take many hours of sweat, tears and serious self-reflection. It will break you, make you think that there is no end in sight. Till you finally solve a mechanic, only to be stuck on the next one. Features like Nvida's shadowplay or simple recoding software viva OBS or the PlayStation's share function are highly recommended. Especially if you plan to go in blind. Which we do encourage you to do. Only ever look at a guide if you're really stuck and see no way forward.

For more Final Fantasy XIV, visit us here at ESTNN Why Final Fantasy XIV is Worth Picking Up in 2022 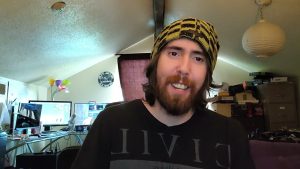