From robot dogs to classic warfare, here’s everything we learned from the Battlefield 2042 reveal trailer.

Today we finally saw our first glimpse of Battlefield's next iteration, Battlefield 2042. This game will see a mixture of classic battlefield action, alongside new, massive-scale destruction and much more. Here’s everything we learned from the reveal trailer.

The main thing the Battlefield 2042 reveal trailer showed us is that Battlefield hasn't changed. The classic large-scale action we know and love will be returning, with rumored 64v64 Conquest coming to the next-gen consoles.

Large scale maps will be returning, with seven rumored to arrive at launch, and many more coming post-launch. These maps cross a wide range of terrain, with the icy planes of the Arctic, along with the streets of big cities, reminiscent of the Siege of Shanghai. 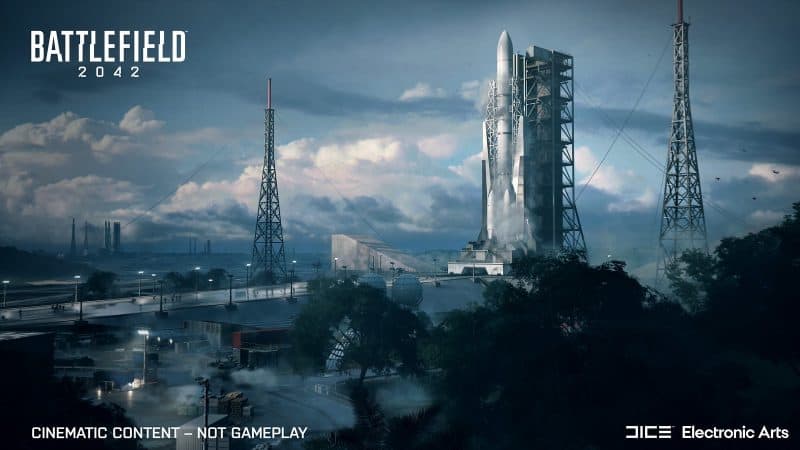 Battlefield 2042 will feature seven maps at launch. These will hold up to 128 players and feature dynamic elements.

Battlefield 2042 will feature specialist classes. These will all have their own unique traits and customizable classes.

Three modes will be coming to Battlefield 2042 at launch.

Battlefield also announced another mode designed as a “love letter” to fans. More details will be announced at EA Play on July 22.

When Will We See Gameplay?

Gameplay is not far around the corner, with the gameplay trailer releasing on June 13. With content creators likely getting their hands on the game earlier than most, we can expect to see some excellent gameplay soon.