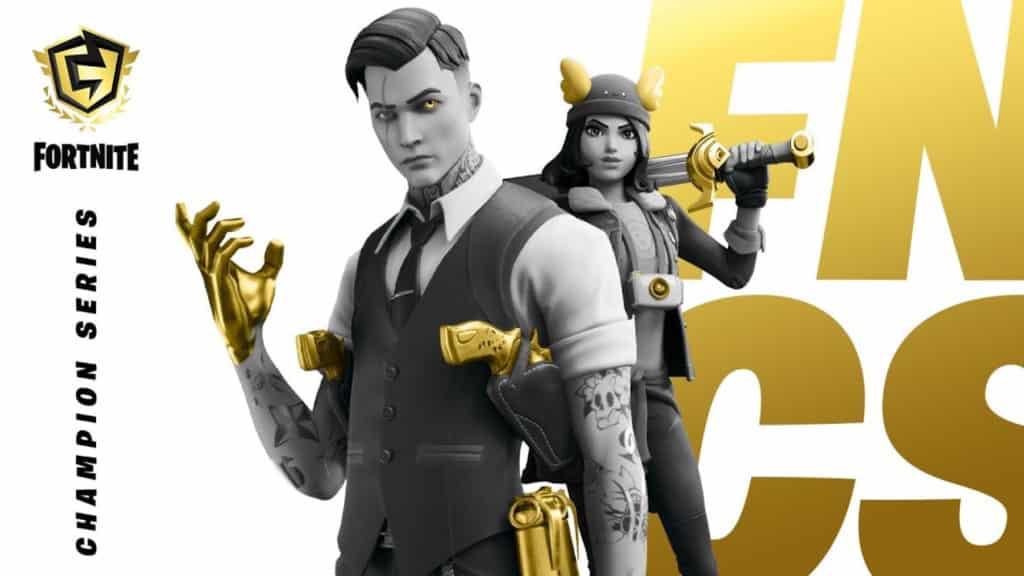 The results of the Duo FNCS warmup tournament are in across all seven competitive Fortnite regions.

Chapter 2 Season 2’s Fortnite Champion Series kicked off with a warm-up tournament to ready all players for the competition ahead. Epic Games have had some severe issues with game performance; so this event will help them understand what they need to fix before the actual FNCS season begins. The warmup tournament also gives fans an idea of what to expect as the next month of grueling competition unfolds. What we learned about Fortnite itself is that it needs a lot of work, given the poor game performance and server instability.

Regardless of those issues, all seven competitive regions threw down over two days and three rounds each. Although it's certainly not gospel, the results revealed some unexpected teams at the top as well as some familiar names. As we head into the first week of the FNCS, let’s see who came out on top of the Fortnite Champion Series Warmup tournament.

Europe produced some insane matches in the Duos Fortnite Champion Series Warmup tournament. After six games and three hours of intense gameplay, WaVe JannisZ and TaySon edged out the victory over 50 of the best duos in Europe. They compiled on Victory Royale and 37 eliminations for 64 points overall. JannsiZ and TaySon had three top-five finishes and won the competition despite earning no points in the final match. It was a breakout event for the pair as many looked to other top duos heading into this FNCS season.

Some noticeable duos topped the leaderboard in finals, including Kiryache32 and Fortnite World Cup double-qualifier, Gambit letw1k3, who finished 11 points behind first place. Also at the top are controller players Wolfiez and Atlantis LeTsHe as well as Secret Mexe and Verox. The leaderboard saw several of the top EU pros rise to the occasion despite no cash prize or qualification possibilities in the warmup. These are just a handful of the many duos that will be in contention throughout the season. 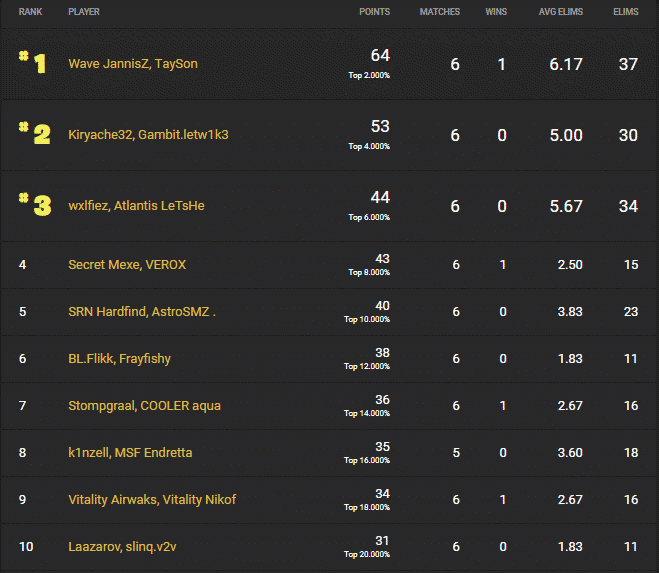 Winter Royale 2019 Champions Ajerrs and Innocents continued an impressive stretch of duos with an FNCS Warmup victory. The two went off with 30 eliminations, topping all other teams ranked inside the top ten. Ajerrs and Innocents slaying power coupled with a Victory Royale was their path to victory. Some highly recognizable names appeared at the top of the round three leaderboard, but these two hung in and earned two eliminations in their final match to secure first place. The former Ghost Gaming member and his duo add another win to their track record as we approach week one of the FNCS.

Second place went to a newly debuting duo of 100T Ceice and Ghost Bizzle. Ceice had been struggling to find a suitable teammate after splitting with Elevate, and the former Secret Skirmish winner may have been the answer. These two finished just one point behind first and very well could have claimed the top spot with only two more eliminations. Former Tempo Storm player, CizLucky and partner Lazarp rounded out the top-three with 47 points. Kreo and Bucke, Animal and Aspect and Slackes and Keys are all notable duos who achieved a high placement. NA East is just heating up with a great competition still to come. 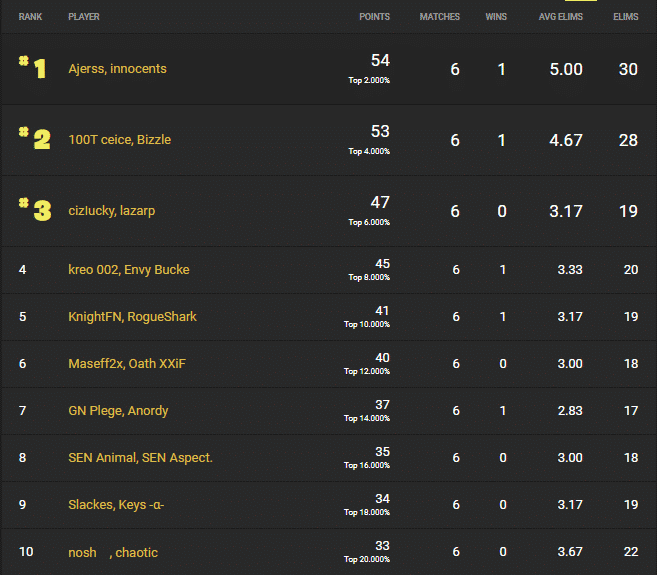 Another successful Winter Royale duo of Maken and Frapai ran away with the NA West Warmup tournament victory. This duo is an absolute force and has been as much for quite some time now. Their Winter Royale performances set the stage for what unfolded over the weekend as they put up a massive 34 eliminations and three Victory Royales. Maken and Frapai separated themselves in the final match of the tournament. This dynamic duo produced ten eliminations and earned the win to secure the competition. Expect much more from Frapai and Maken as they continue playing well.

Rogue Middi and Rogue Hyper seemingly came out of nowhere to claim second place after a consistent stretch of matches. 100T Rehx and NRG EpikWhale held the lead for a portion of the tournament before letting it slip in their penultimate game. These two managed a pair of wins themselves to go with 29 eliminations in total. Some other duos in the top-ten include 100T Arkhram and andreww after Arkhram’s recent split from Falconerr and also controller players wavyjacob and Thomuss. All three Victory Royales in this region went to the top-three finishers in the tournament. Although often overlooked, NA West has a top-heavy spread of talent, which will make for some exciting lobbies in the future. 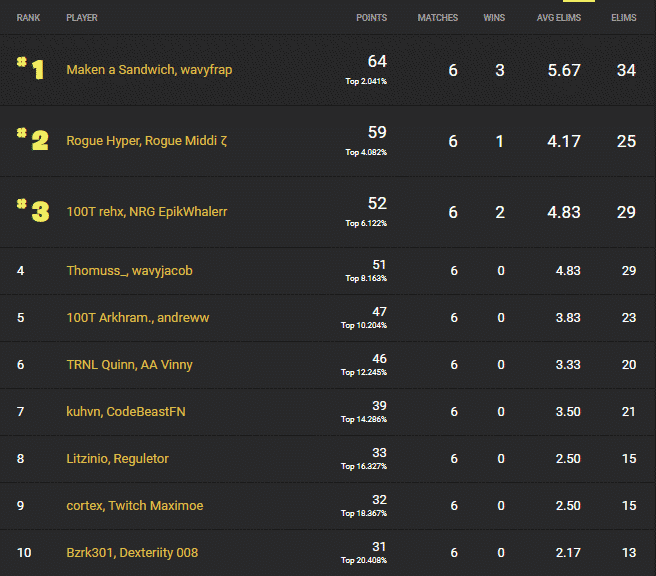 Oceania standouts Alecc and Caryion took first place in the Fortnite Champion Series Warmup for Oceania. Some will know Alecc from his LAN performances at the AO Summer Smash, and his tenth place finish at the DreamHack Anaheim Open. He and Caryion teamed up and managed 66 points over six matches with one Victory Royale. The Oceanic pair were behind heading into game five, but they managed a seven-elimination Victory Royale to vault them to the top.

Other notable names at the top are RepulseGod and volx, who finished in third as well as the x2 Twins who took seventh. AO Summer Smash winner, Breso, also appeared near the top of the leaderboard with his duo partner Dylan. The Fortnite Champion Series for this region will produce some impressive gameplay this season. Oceania’s exceptional player pool has come out in full force this season with different winners in each of the six matches. 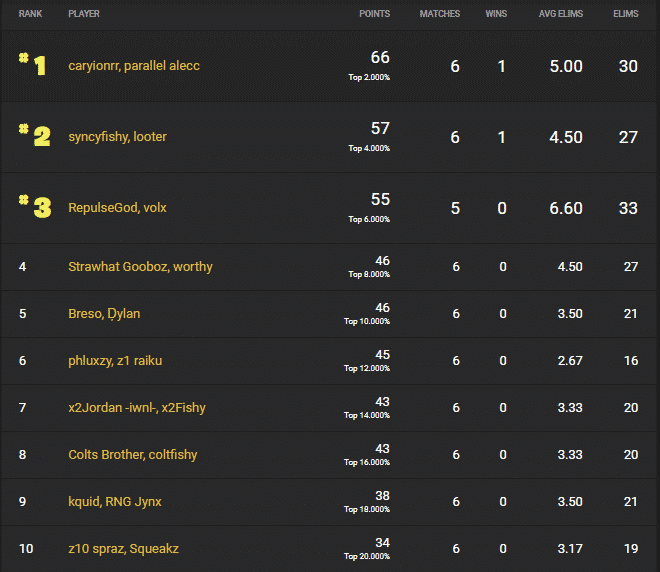 Consistency was the key to success for these two as we inch closer to the first stage of the FNCS competition. Brazil possesses some hidden gems that will emerge throughout this season. 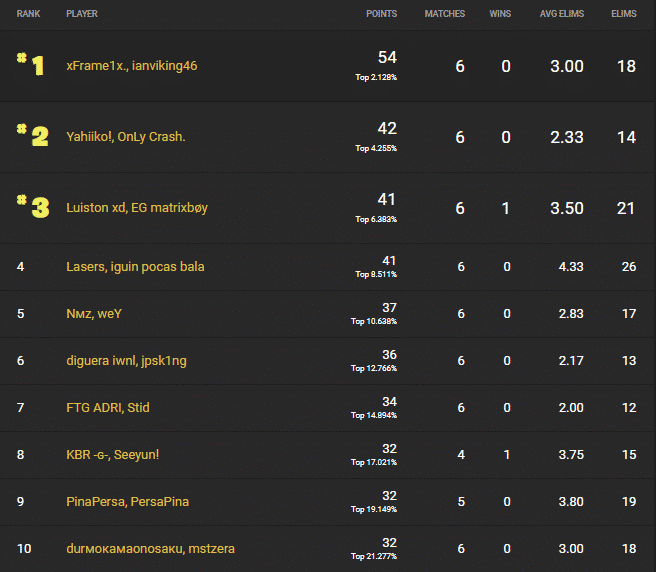 CR Scarlet and naetor iwnl took a narrow victory over love and CR bell to win the Asia FNCS Warmup. Their two Victory Royales proved to be the difference-maker despite only 17 eliminations out of the duo. Although slaying is useful in the grand scheme of competitive Fortnite, Scarlet and naetor iwnl displayed consistency en route to their winning warm-up effort.

Asia still has several weeks of highly competitive duo play in front of them to decide further who will qualify for the semi-finals. 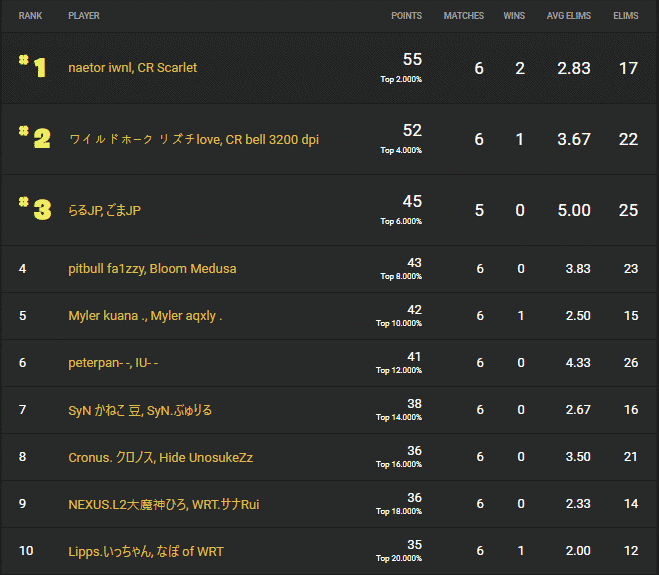 The Middle East FNCS Warmup competition was the first of the seven competitive regions to complete. ASMR Spy and ASMR KiritoKun decimated all 98 other players over six matches and won the tournament. The Middle Eastern pair reached 83 points in total with three Victory Royales and 43 eliminations.

Spy and KiritoKun established themselves as early contenders heading into the first official week of the Fortnite Champion Series. 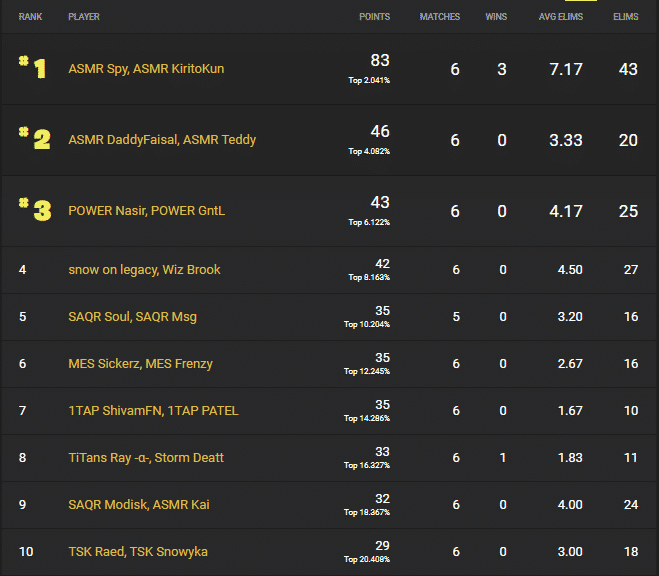