A Closer Look At The 2020 Console War 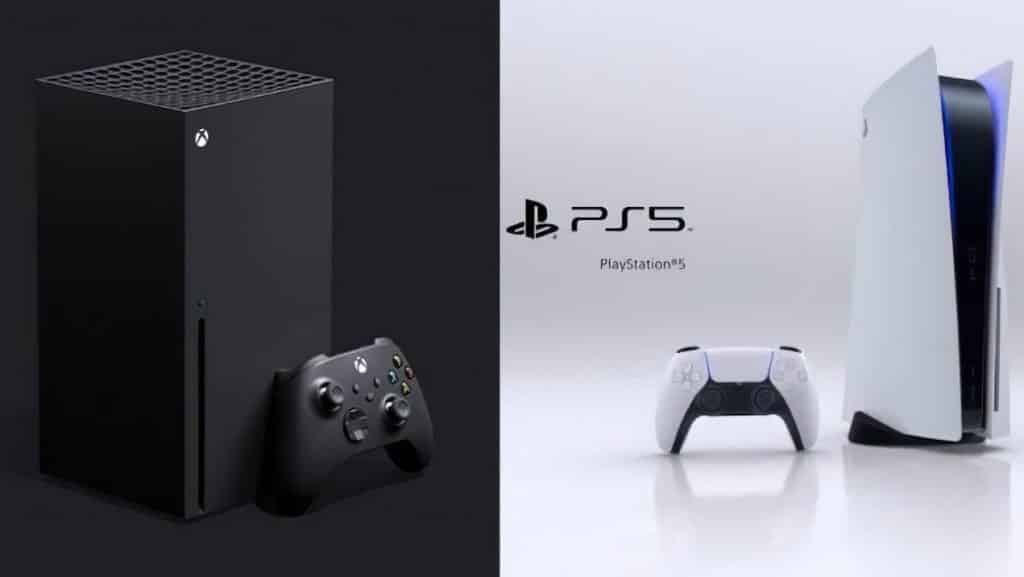 ESTNN take a look at what we can expect to see from Microsoft and Sony this year.

During a time where the latest Call of Duty Expansion or a new Animal Crossing get gamers through a seemingly never ending quarantine, there is no doubt that the future of gaming is in anyone's hands ⁠— From indie developers to forever favorite console kings.

Microsoft and Sony are looking to stay reliable while at the same time showing off how long they’ve been able to stay in the console war game. So which one of these two long standing titans looks the best? Let’s take a closer look!

When taking a look at the Xbox Series X, there are a few things to note. Microsoft is banking on the power of their next premium console, hoping that their name and notability for reliable electronic products can go toe to toe against Sony.

In his open letter to the gaming community, Phil Spencer, the head of Xbox, touched on this;

The future of gaming has never been more inspiring. Creativity in games is flourishing. New services empower you to discover more games—and bring you closer to the games and creators and streamers you love. The cloud creates a massive opportunity to stream console-quality games and play with the people you want, wherever you want. And for many of us, nothing is more inspiring than the dawn of a new console generation.

So with the Xbox pushing a “discover the fastest, most powerful Xbox ever” campaign the new Xbox Series X, they are quite literally trying “transform your gaming experience.” This next generation of video game console is looking to have the shelf life of the PS2… or at least the Nintendo Switch… while still focusing on creativity in gaming and pure console power. Keep in mind the Series X has .3GHz more Zen Core frequency than the PS5.

As we enter a new generation of console gaming with the Xbox Series X, hardware and software innovations enable the amazing possibilities for the future of games.

Gamers will experience more time playing and less time waiting as loading times will be greatly decreased thanks to the processing power of Xbox Series X. A new feature powered by the technical capabilities and the innovative Xbox Velocity Architecture in Xbox Series X, Quick Resume enables players to seamlessly switch between multiple titles and resumes instantly from where you last left off.

The Series X has “new speed & performance capabilities” through their self-labeled “groundbreaking combination of hardware.” This consists of a custom 1TB SSD & CPU and deep software integration, helping to make for a richer and superior dynamic for in between game worlds. Beyond clear high quality imagery, as well as selling something unlike anything ever seen before, is a very common idea that gaming companies try to sell us.

Plus, with the way Sony is toting their PS5, who can truly say that Microsoft can deliver titles that will consistently have better graphics, quicker system updates, and an overall better atmosphere for players?

The console wars are always strong, but there is something different this time around at Sony. With the PS5 conference last week, even for diehard brand-loyal fans of other consoles, people witnessed a longstanding gaming company try and take a step forward.

Sony brought a new way of playing their game for the world to see ⁠—fresh titles mixed between dire surprises like the new Bugsnax from OG Doublefine Productions, and of course a new installment of Ratchet and Clank.

The PS5 is being marketed as “the future of gaming,” and for what it is worth, the conference did show off high quality titles as well as the new look of the 2020 console itself. The pre-conference pitch, marketed heavily by Playstation CEO, Jim Ryan, was that the world might be changing… but Sony’s consistent gaming expertise will shine through.

Ryan also addressed how the current pandemic climate has helped Sony think outside the box;.

A lack of physical events has given us an amazing opportunity to think differently and bring you on this journey with us, and hopefully, closer than ever before. This is part of our series of PS5 updates and, rest assured, after next week’s showcase, we will still have much to share with you.

While both games are Blu Ray optic certified clear, the PS5 lacks both the Internal Storage and overall Memory Bandwidth when compared to the specs of the Series X. How this factors into overall console playability however truly doesn’t matter. New titles are going to be what shapes the first year or two of both these consoles, and while there is certainly potential on both sides, nothing has hit Steam or even Nintendo’s level of fan serviceability.

In case you missed it: The PlayStation 5 design was revealed yesterday.

Sony’s approach is one that is familiar as well as invigorating; more fun indie work mixed with classic old school titles. Where title playability and creator originality is a big selling point for the PS5, Microsoft focusing on the colossal power of their upcoming system is smart. By letting the numbers speak for themselves, Microsoft avoids relying on exclusive titles while also staying entirely on-brand.

🎮 The most powerful console ever

🎮 Re-engineered from the inside out

🎮 Designed for speed and performance

Here's everything you need to know about Xbox Series X... so far: https://t.co/37555ReJwo | #PowerYourDreams pic.twitter.com/2AMG8kB2Na

Though both companies have decided to team up in a new AI venture across platforms and consoles, that doesn't mean there will be any shortage of bloodshed during these chaotically oversold console wars. People are hungry for entertainment in a world that seems to be becoming much more focused on the user friendly possibilities of our planet.

Let’s hope Microsoft delivers just as much potential as Sony did at their next conference.