Flying is one of the most important things changing in TBC Classic, make sure to go into the expansion prepared in this guide.

A feature that is the bane of most in the Warcraft community, yet when it was first introduced it was seen as a massive positive. While an expensive investment, Flying is a crucial part of TBC Classic, even being required for some dungeon attunements. While you won’t need to splash the cash on the faster 280% mount (around 5000g worth), the level one, and much slower flying mount, is key.

In this guide we’ll go over what the different types of flying are, some of the ways you can get a flying mount and what special mounts you#ll find on your journey in TBC Classic.

Normal Flying mount- The first flying mount you’ll get in TBC Classic. The mount requires you to have the epic ground mount skill, plus an 800g fee for the flying, plus 100g for the mount. Sadly, the first level moves at just 60% speed in the air and on the ground.

Epic Flying mount- Finally you can move faster in the sky, though it’ll cost ya. Costing 5000g, and requiring the previous speed of flying, you’ll also need to spend 200g extra for the mount itself.

Special Flying mounts- While 280% is the fastest you can go on normal mounts, TBC adds a few special mounts capable of flying at 310%. Sadly, just the rare Ashes of A’lar and the PVP netherdrakes are able to reach this speed, so you won’t see many people zoomy about on these.

Alliance players can buy their flying mounts from Brunn Flamebeard in Shadowmoon Valley. With the flying trainer located nearby at Ilsa Blusterbrew.

Horde players can buy their flying mounts from Dama Wildmane in Shadowmoon Valley. With the flying trainer located nearby at Olrokk.

Do I need flying to play endgame TBC Classic content?

For the most part, not really. You can reach most areas with a ground mount, especially in Phase One. You will, however, need a flying mount for some content in later phases along with Arcatraz attunement quest chain.

Do Druids get free flying in TBC Classic?

Much like Paladins and Warlocks who get their level 40 (30 in TBC) mount for the cost of a spell, Druids are the same in TBC with normal flying. Rather than a flying mount, however, they’ll gain Flight Form, an instant cast 60% flying form exclusive to the class.

Druids will be able to learn Epic Flight Form, however, the 5000g cost of epic flying training is backed into the cost of the questline, much like with Paladins and Warlocks for their epic ground mount spells.

Are there any boss drop flying mounts in TBC Classic?

While there aren’t many, we do have one to try our luck at getting. As mentioned above, Ashes of A’lar is one such dropping. You’ll have to wait till Phase Two for it to drop in Tempest Keep, however, the terrible drop rate means you might be waiting until Shadowlands Classic until it finally drops.

Can I get a TBC Classic flying mount from reputation?

Three reputations in TBC will offer players mounts, while they don’t give us a way of getting a flying mount for any cheaper than our vendors, we can get ones with a little more style.

Does PvP/Arena have flying mounts in TBC Classic?

If you find yourself in the top 0.5% of Arena players and at the end of each season you’ll be awarded a lovely Armored Netherdrake.

How to get the Engineering flying mount in TBC Classic

Two flying mounts are available from Engineering. A 100% Flying Machine and the 280% Turbo-Charged Flying Machine. You will need to be an Engineer to both craft and use these mounts, so make sure you don’t drop the profession mid expansion as you won’t be able to use it. Both mounts are, however, Bind When Used, meaning Engineers are able to sell them to fellow Engineers on the auction house. 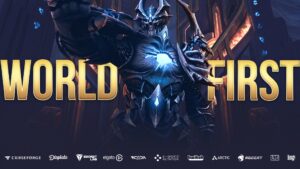