Why Esports Are About To Truly Blow Up 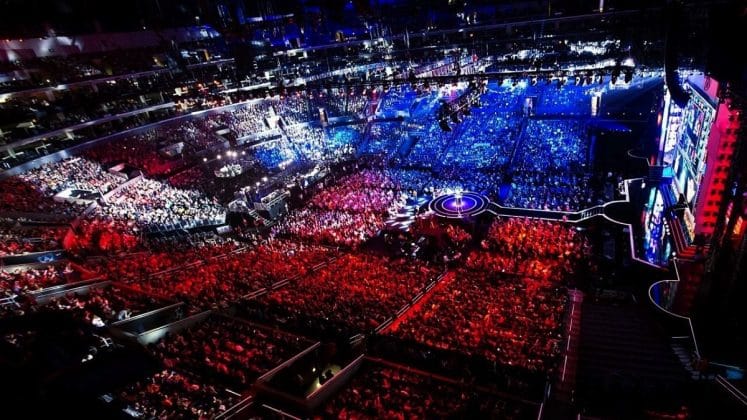 We take a look at why esports are going to take another step towards world domination.

Playing video games is a hobby that is enjoyed by all manner of people. Young and old, male and female, video games are played by almost 3 billion people across the planet on a variety of devices.

With over 90 percent of the world’s internet users accessing websites and apps through mobile devices, it is clear that gaming has never been bigger. The arrival of the pandemic in 2020 saw huge surges in games playing and internet usage. Entertainment such as streaming TV and online casinos also saw bigger rises in visitors and users.

By May of last year, Fortnite had already amassed 350 million registered players across all nations, and that number is likely to have grown impressively as lockdowns came into force.

With this new golden age of video gaming has come something very different. esports arrived a long time ago but it is now that it is about to truly blow up.

When did esports begin?

For many people, esports is something very new that didn’t happen until the internet found its way into billions of people’s lives. However, that isn't true. The first esport competition happened all the way back in 1972.

Stanford University hosted a student event where a group of individuals competed over a game called Spacewar. The prize would be laughable compared to today’s riches but back then the winner took home a year’s paid subscription to Rolling Stone magazine.

In 1980, Atari held the Space Invaders Championship to help promote their products and drive publicity for arcade games. This was perhaps the first recognized esports tournament and other games manufacturers followed suit. Sadly, just a few years later the arcades were in decline.

How has this evolved?

While many claim that Atari hosted the first proper esports event, Nintendo also has a claim to that title. In 1990, a full ten years after Atari had kids shooting space invaders, Nintendo hosted their World Championship event (NWC), which toured 30 American cities.

The contest involved a special cartridge that was custom-made and was given to finalists at the tournament. There are only 116 cartridges in existence and is one of the most sought-after items for collectors.

As games evolved, so did the tournaments. esports tournaments have grown massively in popularity and the prize pools have grown too. Back in March 2020, it was reported the Dota 2 tournament, The International, had a prize pool of over $10 million. Since Covid caused this event to be postponed, that amount has grown to over $40 million putting it in the Guinness Book of Records.

What are the biggest eSport tournaments?

When looking at the most popular games used for esports, the list is long and impressive, but some stand out above the rest when it comes to tournaments. Counter-Strike: Global Offensive has many fans, and for a game so old it is impressive how it still holds its own in the esport world.

Honor of Kings has become so popular that it became a concern in its home country, China. Children were playing the game so often and spending real money in the app that limits have been put in place. These limits stop under 18-year-olds from accessing the game for too long. These restrictions are important now as online betting has reached esports too.

Fortnite is perhaps the newest kid as far as big money esport tournaments go. The first, and so far only, world cup took place in 2019 where a 16-year-old walked away with $3 million.

Where will esports go now?

League of Legends has been credited with being one of the founding pillars of esports and it appears that the games' developers show no signs of letting up. The latest iteration, Wild Rift is predicted to usher in a new age for LoL fans and perhaps a new League of Legends World Championship too.

However, it isn’t just the new games that are making esports' future look so bright. One of the reasons that esports will blow up and go far more mainstream is the interest they are getting from the casino and gaming industry.

How will casinos affect esports?

Casinos have long been innovators when it comes to entertainment and have never relied completely on card games and slots. The casino industry builds and owns vast, luxurious resorts which bring customers and revenue into cities such as Las Vegas. They also host MMA and big fight nights with household names such as Floyd Mayweather and Lennox Lewis.

Casinos know how important technology is and how businesses need to evolve if they are to survive and they have already spotted the potential in esports.

Las Vegas already has a major new esport arena at the Luxor Hotel and Casino. The HyperX esports Arena is a 30,000 square-foot venue that has multi-levels, gaming stations, bars, VIP rooms, and state-of-the-art streaming facilities. It is all set to host some of the biggest events in the future and costs $50 for a day pass for visitors.

As Vegas has always found new things for punters to bet on, it is almost certain that esports will become an area for gamblers to try their luck. Whether it be a traditional casino or online casino, they already run virtual games including horses, MMA, football, and basketball, so why not allow the public to bet on esport star players?

With the popularity of individuals and celebrities streaming their game time, games tournaments attracting huge prize pools, and now the casino industry getting involved, it seems almost certain that esports is about to spike.

It seems incredible that a few decades ago, kids were pumping quarters into cabinets to shoot pixelated space invaders from the sky and now players are competing for millions of dollars in arenas and being streamed live to huge audiences on the net.

If you are in any doubt whether Las Vegas can help esports grow successfully, then just remember, the house always wins.