“We Won’t Limit Ourselves to Studio Formats Only” – Head of Esports at WePlay! Eugene Luchianenco Eugene Luchianenco, Head of Esports at WePlay! Esports, sat down with ESTNN to talk about the grassroots tournament scene, WePlay!'s recent Dota Underlords tournament, and what the future holds for WePlay!.

Earlier this month, tournament organizer WePlay! hosted the first open tournament for Dota Underlords, Valve's newest game and one of the most popular entries into the autobattler genre. After a successful broadcast which saw Rival “snofe” Daminov take home the top prize, ESTNN had the opportunity to pick the brain of WePlay!'s Head of Esports Eugene Luchianenco on WePlay!'s tournament strategies, upcoming events, and the company's position as a grassroots leader in the tournament space.

What made WePlay! choose Dota Underlords as the next grassroots tournament?

“We all understand perfectly well that the genre of autobattlers is on the rise right now. In recent months, that’s what everyone keeps talking about. Everyone tries it, explores it, plays it. A huge base of players has formed around this genre. But really, the decision to make a tournament based on an autobattler game was made on the spot — the only question was what game would be chosen for the tournament.”
“We had the choice between Dota Underlords and Teamfight Tactics. Initially, we considered both options, but our deadlines were somewhat rigid, we decided to focus on Dota Underlords.
Given the scale, the tournament falls into the category of the professional level tournaments, and thus for this level tournament you need to obtain certain permissions, be in touch with the developer, etc. Any developer releasing their product wants to be sure their product is presented the right way.”

Underlords hasn't been out very long — how long did WePlay! take to organize this tournament? I only ask because both the stream and the talent look well put together for a game that came out in the past few months.

“I’m very happy with how the tournament went. If from an outsider’s point of view it looks like it took months to prepare, then no — the preparations took about three weeks. And we held the tournament itself over two weeks, including the open qualifications. At first, we were hesitant about how to hold the tournament — should we make it completely open or should we invite participants? But given our experience with Artifact, when the first round was invite-only, and the second one was 50/50, we decided to take a risk and hold an open tournament in the new discipline. Now that the tournament is over, we can say with confidence that despite doubts about our capabilities to handle the flow of all the interested people it was the right decision.” 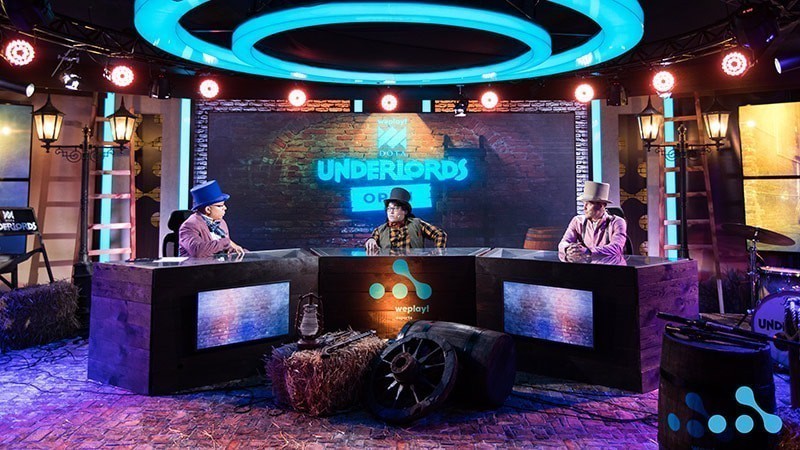 “We created opportunities for everyone to prove themselves. We saw new players. The community got new favorites. There was a huge number of comments on how competitive Dota Underlords can be. We saw a really impressive level of the game. All that proves, once again, that we’ve chosen the right way.”

“By that time, we had already successfully held a number of tournaments, and the experience we gained helped us make a great tournament happen while on a tight schedule.”

“As for me, autobattlers can easily find their niche as an esports discipline. This genre is akin to such genres as collectible card games that have a huge following. In a way, this is an offshoot genre. Sure, there are some things in the game that you cannot influence as a player, but still, according to the enormous feedback — that people left in the live chats and comments on Reddit and Discord — it’s really interesting to watch strong players’ game. That’s what we’ve learned from direct feedback. It’s not just us who think so, the community thinks there is indeed a competitive element here. So, the game and the genre have the potential for growth as an esports discipline.”

“The first season of the Forge of Masters WePlay! League turned out to be exciting and successful, so obviously we’re planning to continue to develop this league. One of our main objectives here is to create a platform that provides opportunities for middle-level teams to get into the spotlight. And our efforts in this league have already borne the first fruits. One of the examples is the DreamEaters team that participated in the first season of the Forge of Masters league and made it to the LAN finals.”

“For many guys on this team, it was the first LAN event, and the experience they gained in this tournament helped them qualify for StarLadder Berlin Major 2019. That proves the direction we’ve chosen is the right one. So, we will continue to strengthen the presence of the Forge of Masters not only in the CIS but also in other regions. It’s one of our global goals.”

Where do you see WePlay! tournaments in a year or two? Does WePlay! intend to stick to the grassroots tournament circuit or are there other plans?

“As the company WePlay! plans to organize grassroots tournaments offering everyone the opportunity to prove themselves, find new disciplines, new genres where any player can show what they can do. But at the same time, we will focus on making big professional tournaments in the disciplines that are already established. We won’t limit ourselves to studio formats only. We see ourselves in a year as a company that holds a few rather large tier 1 tournaments on different disciplines.” 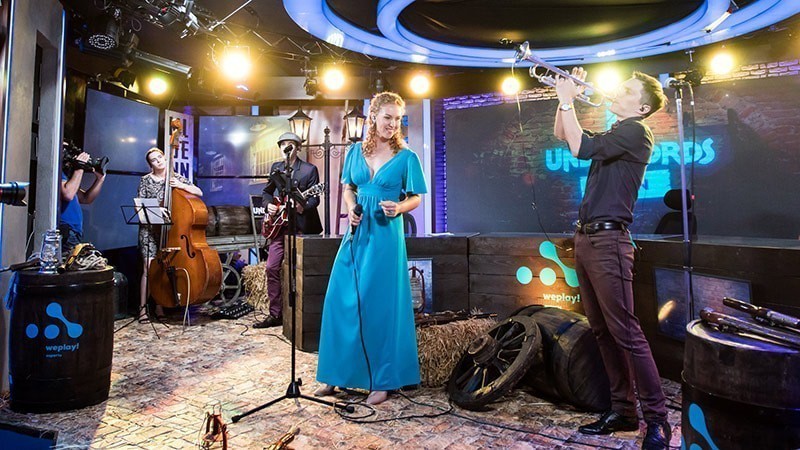 “The next stage in our development, as we see it at the company, is building several arenas of our own to hold esports tournaments in different parts of the world. We plan to employ these complexes to the maximum so that these locations can host lots of tournaments for both pros and young, promising teams and players.”

What made WePlay! choose Underlords as their first autobattler tournament? Both Teamfight Tactics and AutoChess are pretty similar versions, so why Did Weplay! make the call to use Underlords?

“One of the important factors in favor of Dota Underlords is that the spectate mode that’s already implemented in the game — you can watch all players. It helps to create better content for the broadcast. There’s no such function in Teamfight Tactics, so, naturally, it limits the options for a quality broadcast — to show players what’s happening on the field.”

What's next for WePlay!?

WePlay! has way more on the docket for the coming months. Look for the return of the CS:GO Forge of Masters, and viewers should pay special attention to their upcoming Reshuffle Madness in September, along with Dota 2's Tug of War: Mad Moon in 2020.