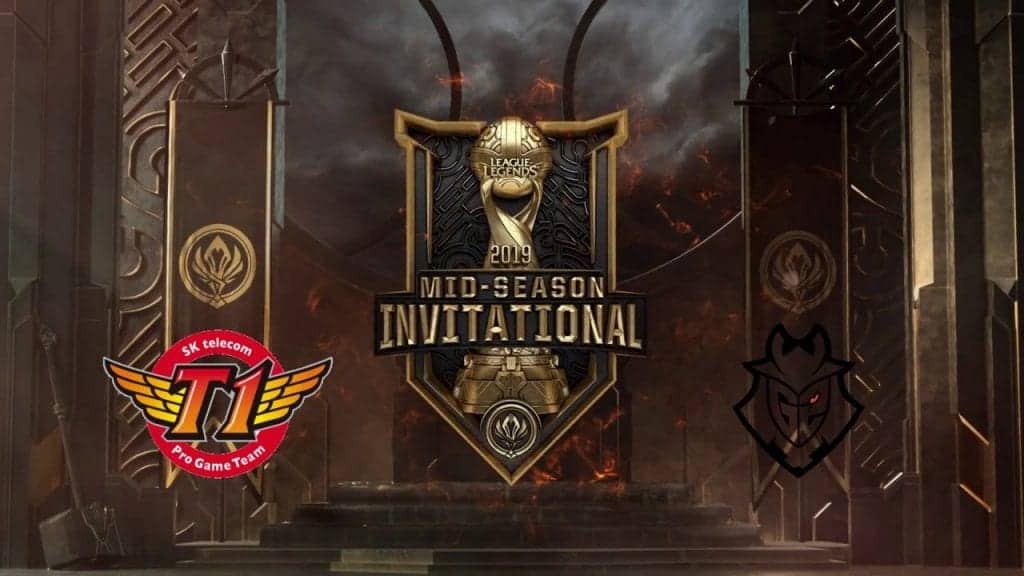 The Semifinals of MSI is upon us. The teams that made it through are exactly the ones you’d expect: G2, SKT, Invictus Gaming, and Team Liquid. The second Semifinal will be SKT versus G2, so let’s take a look at it.

The three-time world champions are back on the international stage after a wholly-disappointing 2018. The organization rebuilt heavily, and it seems to be paying off. After a shaky, slow start to the group stage, SKT finished the final two days without losing a single game.

Throughout the tournament, SKT looked a bit unstable. Both G2 and IG crushed SKT in their first meetings with the LCK champions, while SKT handled PVB and Flash Wolves with relative ease. The team has turned their style around massively as well. They have the lowest average game time, but also the lowest combined kills per minute. This comes in stark contrast to their domestic performance, where their average game time was over six minutes slower than at MSI. We wondered before the tournament whether SKT could keep pace. It seems like they have. Their willingness to engage in the rough-and-tumble style that seems popular is a testament to the learning they have done. People often harp on the LCK for being slow to adapt to international metas. SKT has been anything but slow. They have also managed to contend with the “faster” teams (IG and G2) on occasion.

Clid continues to be a standout player for the squad. His Jarvan play has been outstanding, recording a 17.5 KDA in two games, with only two deaths. The meta, though, has been to play around solo lanes. Wunder outclasses Khan in many important statistics, but the Faker versus Caps matchup is exploitable. If SKT can unlock Faker to dominate lane and then the map, they may have a chance.

The LEC champs have had the opposite experience as SKT. After an incredibly hot start, G2 stumbled toward the finish of the group stage. Both Invictus Gaming and PVB had their number throughout, and Team Liquid turned the tables on them in their second match.

Analysts chided G2 for being stubborn and apparently slow to adapt. This seems an odd comment to make, considering their players are toward the top in terms of champions played. They’ve played Neeko top twice, Pyke top once, and Camille jungle once. These are very niche picks, and incredibly experimental. Pyke top was a late-game success against SKT but suffered early due to his lack of waveclear and lack of kill pressure. The main thing G2 brought to the tournament was their imitation of IG’s style. They had stats that rivaled IG’s (but still lacking) and they had shown that aggression could work in other regions. At MSI, G2 are the second-slowest team, have the second-lowest KDA, but the second-highest combined kills per minute. They fight a lot, but don’t win as many fights, or win games as quickly.

Their players have been exploitable as well. Caps has been a sore spot for G2, and Liquid showed us that if you shut him down, the rest of the team follows. Perks and Mikyx can be punished too. Mikyx hasn’t been at 100 percent, and Perks is, objectively, a weaker ADC than Teddy.

The two games between SKT and G2 showed that the Koreans are figuring out how to play against the LEC champs. The second game especially revealed G2’s weaknesses. If SKT can once again apply their new, hyper-proactive style they should be able to outclass G2. The key will be for them to keep the tempo high and not fall prey to teamfight baits. SKT is also riding high after stomping IG. G2, on the other hand, is coming off disappointing losses to both PVB and TL. Although they have shown a surprising knack for recovery.