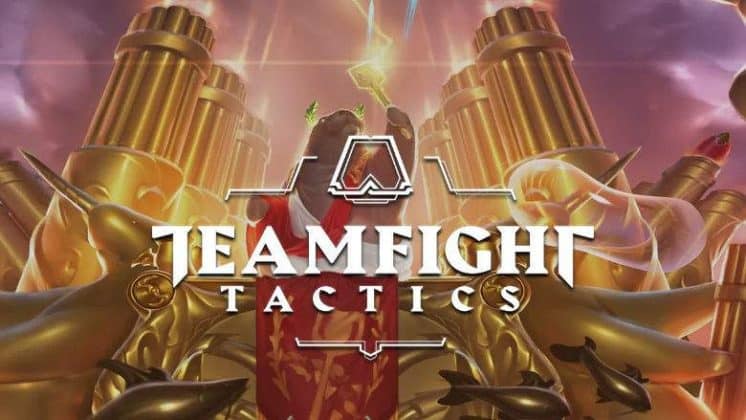 Riot’s back at it again with another huge Teamfight Tactics update. A new component item, TFT’s first consumable item and 10 new items are being added to the game in Patch 9.18. You can find the item recipes and effects here. These items are sure to affect the most reliable strategies and what pathways you have to success in the game. For the most part, these items are much more interesting than the original item roster.

Many of these items introduce gameplay mechanics that are entirely new to the game that many would not expect. Some of them even change how the game is played in its core, shifting the game to rely more on levels. Used in the right circumstances, almost all these new items have the capability of either winning or losing you the game by choosing them. For ease of understanding these items have been put into four categories. These categories are items that get better over time, defense items, game-breaking items and standard items. 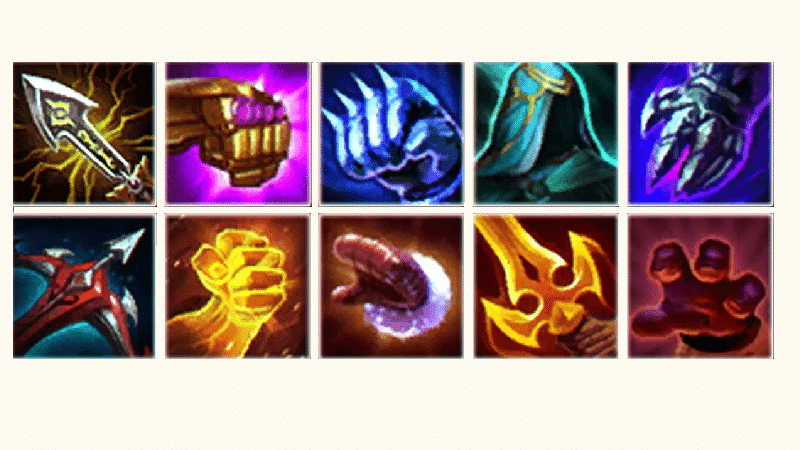 Decision making is the most critical part of playing the game. These items fundamentally shift how you should be prioritizing in-game decisions. These items improve as the game continues, whether through your or your opponent’s level. The Thief’s Gloves, the Repeating Crossbow and the Lord’s Edge make investing in levels more valuable. In fact, they can make you change your game strategy to suit them. The best example of levels gaining in value comes with the Thief’s Gloves. Since the items given by the Thief’s Gloves scale with level, they allow you to forego traditional strategies and instead level to get strong items. This item shines when it’s used as a replacement for keystone items. Thus, it provides you with value regardless of who it’s built on.

The Repeating Crossbow is reliant on your level, even though it isn’t directly stated. As a result of the item’s unique passing feature, as you get more champions on your team, the item becomes significantly stronger. This will be best built later in the game in compositions where the primary carry has little to no spellcasting animations, optimizing uptime on the increasing critical strike chance bonus. Depending on if Lord’s Edge restricts its passing, this item could even cover the weaknesses of Lord’s Edge. The Lord’s Edge item scales off enemy level since you can’t get four BF swords without four enemies to kill. Unfortunately, the item restricts the champion to only Lord’s Edge, preventing the ever-important attack speed stat from being built on them. Because of this, the item is best suited to carry champions that have built-in attack speed. Rangers and Jinx fit this bill well.

The Best Offense is a Good Defense 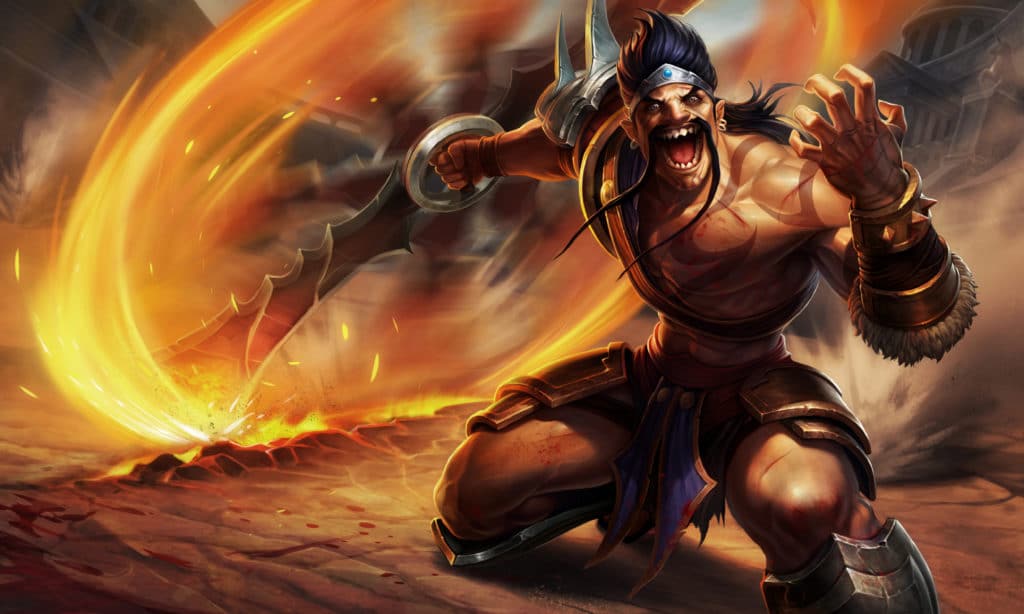 The Quicksilver, Backhand and Iceborne Gauntlet items introduce new ways to protect your teams. Prior to now, crowd control was king. A Draven or an Aurelion Sol can tear through a team, but if they’re locked down by Sejuanis and Cho’gaths, then they can’t even hit a single time, much less win you the fight. The introduction of Quicksilver into TFT gives players an avenue to counter this crowd control. You don’t auto-win if you can lock down an entire team with high impact crowd control abilities anymore. A different take on a similar issue, Backhand gives the player counterplay to all oppressive abilities, not just crowd control.

If you’ve ever been in the situation where a Veigar picks off your carries one by one with rapid-fire abilities, Backhand is for you. With your carry loaded with it, the Veigar will be stunned on spell cast and provide you with a window of safety. However, if auto-based carries are ruining your day, try Iceborne Gauntlet. The gauntlet offers a similar effect to the Frozen Heart, but with a twist, dodges make the auto-slow zone bigger. Depending on if the debuff stacks, this item can win a fight by itself, slowing the entire enemy teams’ autos by 30% per gauntlet. With multiple gauntlets on a six Yordle team comp, the enemy team would be lucky ever to get an auto-attack to land.

That’s a Nice Game; it’d be a Shame if it Broke

If leveling isn’t your style and defense is for cowards, these items might fit the bill. They each change the rules of the game, making core features cease to exist. The Last Whisper is a mashup of Rapidfire Cannon (“RFC”) and Red Buff. Taking the effect from RFC, Last Whisper prevents the user from missing their attacks. It also does percent maximum health damage on hit. When putting on champions that are designed to do on-hit effects to multiple targets such as Graves or Volibear, this item can clear an entire team in a matter of seconds.

Mittens is the Sparring Glove’s Spatula item. The combination turns the user into a Yordle. Due to the way that Yordle functions within the game, this is one of if not the strongest Spatula item. The Yordle trait is like the Noble trait; the three-person trait bonus isn’t very good. But when these traits reach the six-man trait bonus, they become strong enough to almost win the game by themselves. If you use Mittens on a carry with Yordle six, you get 85% dodge chance and 20% critical strike chance from a single item.

The final item of this category, the Arcane Gauntlet brings its use with champions that use abilities frequently, since getting critical strike on your abilities only gives you a 45% chance to crit. An example of an optimal situation for this item would be a Pyke with one or two Shojins. This item changes Pyke from a mass crowd control champion to a champion that threatens to wipe teams with massive damage alone. 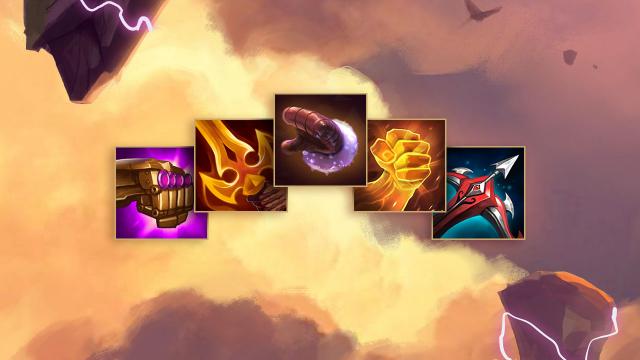 Not every item can redefine what an item can do, and there’s nothing wrong with that. The Infinity Edge, the Neeko’s Help consumable and the Hand of Justice are examples of this kind of item. These items will almost always be useful, providing comparable value regardless of the team composition it’s placed on. Neeko’s Help is mostly self-explanatory. The only things the user must keep in mind is when to use it.

Assuming the item impacts the pool of available champions, the item is best used immediately when being used to deny your opponents and only to finish major breakpoints for yourself. This will keep yourself from limiting the pool of champions for yourself and allow you to restrict your opponent as quickly as possible. Infinity Edge is the same, but it gives critical strike chance and less AD. Hand of Justice is destined to be a new staple item. Healing on-hit is one of the most potent effects, and the total damage is always helpful.

These new items have added further complexity to TFT. Most have fringe cases that make them much stronger than before. They’ve also added more items focused on countering other strategies and a consumable item. This is one of the best things Riot can do for the game. This is because adding depth in decision making with items allows for more skill expression. If the changes that Riot has been making to TFT are indicative of the future of the game, the game is sure to do well in the future. 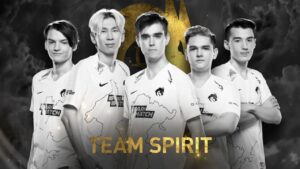