Red Bull AdrenaLAN celebrated esports and gaming with tournaments, speedruns, hackathons, and live streams between Dec. 7 and 8. Call of Duty League team Toronto Ultra also attended AdrenaLAN and brought the first official Modern Warfare tournament to the city. Attendees met and greeted the players, as well as competed against each other. The ultimate prize was a flight to Minnesota for the Call of Duty League opening weekend.

ESTNN met up with Daniel “Loony” Loza for an interview about the event, his esports journey, and Toronto Ultra.

ESTNN: Red Bull AdrenaLAN is Toronto Ultra’s first tournament event leading up to Call of Duty League in 2020. What does playing against fans and other competitors at AdrenaLAN mean to you?

Loony: It's cool to see Toronto Ultra putting out a tournament to build that fan base for Toronto, give them the opportunity to go to the first event in Minnesota. There are different prizes. That’s if you get first. If you get second, you get tickets to go to our home series. You want your local fans to be a part of it and feel that energy of an esports event instead of a traditional sports event. They can learn and see that esports is rising.

ESTNN: You have a long history with Call of Duty. You were with Rise Nation, Team Envy, and Splyce before joining Toronto Ultra. How would you describe that journey?

Loony: I used to watch, back in 2011, Call of Duty: Black Ops 1. That's kind of where I saw that this had the potential to go somewhere and why I chose to dedicate a lot of my time playing Call of Duty so I can be able to attend these events and compete at the highest level. Ghosts is kind of where I finally got my parents to back it up and came in as the top eight at the [Call of Duty Championships]. It's been nonstop growth in the Call of Duty scene ever since the Ghost era. We started getting salaried in Black Ops 3. We went to a lot of events prior to that, but then Black Ops 3 came out, and that's when we had our league with ESL. There was exponential growth, and franchising kind of hit fast. There were rumors about it happening with Overwatch at Activision Blizzard. The reason I chose to play for Toronto is like you said, I played for Splyce as well, and they’re part of the OverActive Media family. It was kind of an easy decision.

ESTNN: What is one of your top moments in terms of your esports journey?

Loony: One of my favorite moments is winning CWL Anaheim back in the 2017 season of World War II. Just like I said, I’ve watched since 2011 and Anaheim, being kind of local to me while living in SoCal, was always an event I wanted to win. The crowd was against us, but it was still cool to play in front of the crowd. It was electric. You can feel that when you're on that stage. I think that my favorite moment for sure is winning that tournament. 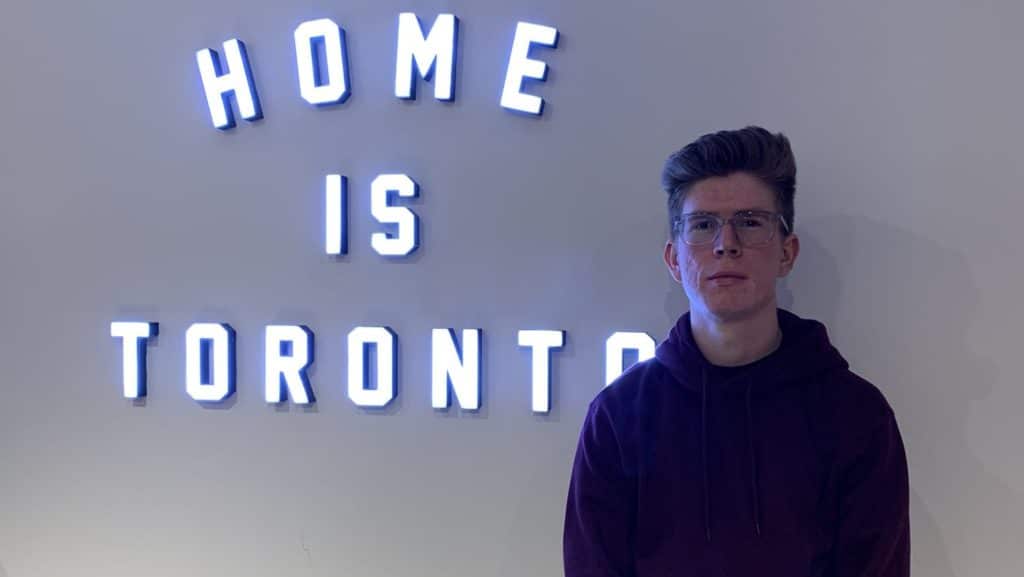 ESTNN: Now moving forward to your current team, how would you describe the dynamic of Toronto Ultra? Especially given that they are a diverse set of skilled players?

Loony: Toronto Ultra has 10 people on our roster, so we have a lot of pieces that we can put together. We have five North Americans, with one being Canadian. We have five Europeans, two being Spaniard, one being from Denmark, and then two being from the UK. We have mixes of culture, and I think it represents Toronto well.

ESTNN: Given Toronto Ultra’s 10 player roster, what is a challenge that you face and how are you overcoming it?

Loony: With 10 players, we want to put five players in that gives Toronto the best chance of winning. That's been a challenge because we have so many talented rosters and it's hard to put those pieces together so early into a game. It’s definitely the biggest challenge, but with more playing time and getting to feel what people like to play, we’ll find what fits best with the roster. People will see that for Minnesota, we will put the five best players together.

ESTNN: On that note, what is your practice schedule like?

Loony: Right now, what we've been trying to do is play with a roster for two days. That gives you a little bit more of a bigger sample size. Since we're in Toronto for about seven or eight days, it’s a little bit harder, but that's what we've been trying. I'm sure by the time we make the move in January and really start practicing for Minnesota, we're going to have the set five. The schedule we’re at is just picking a roster that we feel can compete, practice for two days, and then try another option for another two days. It's not a big enough sample size, but it's the best we can do for our current schedule.

ESTNN: For players and fans who want to either take their Call of Duty game to the next level or be more involved in the esports scene, what is some advice you can give them?

Loony: If you want to compete and become a pro and play for a franchise in the future, you just have to grind and learn just learn something new every day. When I was coming up, I always learned off people, off anyone that I played with. I was blessed to be able to burst out into the pro scene and be recognized pretty early, but if you don’t have that luxury, just learn from your mistakes and just continue to get better, continue to grind. If you want to be involved in esports, I'd just suggest attending events like this, attending the home series if they come to your city, saving up money so you can come out and just experience what esports is about.

ESTNN: For those supporters and fans who are cheering you on and will be heading to Minnesota, what is something you would like to say to them?

Loony: Something I’d like to share is that we're going to be giving it our all. With the 10 man roster, you might be seeing different faces depending on how we're doing as we're performing. We’re definitely going to be giving it our all and just trying to get better every day, making sure that we're able to compete against these juggernaut teams that have been formed on paper. We're working hard every single day, especially when we're all living here in Toronto. It's going to be a lot easier to work together, build chemistry, and be able to watch our gameplay and improve on it.