State Of The Jungle, Balancing League And Life, And Lessons From TSM: An Interview With Dignitas’ Matthew “Akaadian” Higginbotham ESTNN caught up with Dignitas' jungler Matthew “Akaadian” Higginbotham ahead of the LCS Summer Split.

I have always loved your IGN, it's so unique! After doing some research, I found a couple of possible origins. The first is an ancient Mesopotamian empire called Akkadia that existed in 2000 BC, and the second is from the Movie 300 where a character yells “Arcadians now!” people speculate that's where you got your name. Can you speak to this?

“I got the initial idea for it from the movie 300. But I believe they were referencing fighters or mercenaries from that time. I know about the Akadian Empire because I've Googled it myself before. But I spelled my name differently so it's the only thing that comes up when you Google it. So it worked out because it's so unique.”

I just got off a call with your new teammate Aphro. He said that you guys were still holding tryouts to decide who would be on the main roster for this split. How have these tryouts been going?

“Pretty good. I think it was just a fun experience playing with different players all the time so you never really have quite the same dynamic in each game. It makes you really focus on yourself, what you're bringing to the team and how you're playing individually.”

With the addition of Dardoch, Lourlo, and JayJ, DIG now has quite the array of young talent on the team. Many teams claim to have a 10 man roster but seldom end up working all 10 players into the main roster throughout the season. Have you guys talked about how your 10 man roster with this iteration of DIG will work?

“I don't think that the intention is to have a ten-man roster. I think the intention is to eventually have two five-man rosters. Obviously, with some Academy teams, the players that are backing up the main team player definitely couldn't compete in LCS. It would be hard for them to stack up against other LCS players. But on DIG I think we have players that are pretty close to LCS level, if not LCS level already even on Academy. So there's always that pressure on you to perform. I can't afford to have my level of play drop a lot randomly. That's how it goes for all the players. I don't think it's something we actively think about once the tryouts are over.”

You and your friend Damonte established yourselves as some of the most promising young players in the scene. You both bring such talent on the Rift, and an aura of charisma off the Rift. How has Tanner helped you evolve as a player?

“I live with him, and it's out that he is now on Golden Guardians and he isn't on our team anymore. But I think in the past I had a tendency to go to extremes a lot. If I was in a bad emotional rut I would go all the way down to crazy stressed out to where I can't even focus anymore. It's kind of a meme between us now but I think he helped me learn a lot about balancing my life and my mental health. Learning how to destress over time. Especially when he encouraged me to take a break in the off-season. I had never really done that.

I have been playing professionally since 2017, and I hadn't taken a break in three years from League. Every time the offseason came I would still be playing solo queue and trying to keep my rank high. He was the first one that actually encouraged me to take a break from the game and I felt really refreshed.  That was before this Spring Season in the fall of 2019, that's when I took my break. It's been really helpful to keep me balanced and not tilting. Staying in a neutral mental space so that I can feel like when I can go to work and play League without making it feel so high pressure.”

It's a bit sad to see him leave my team, but really happy to see him get a starting spot in the LCS. well deserved brodie see u on the rift :)))))))))) https://t.co/EUjrnsZLBn

You are renowned amongst other players in the league for having exceptional exercise habits. Do you have any tips for players trying to balance the game and their personal health at the same time?

“This is what I often tell people: the first thing is having the motivation in yourself to want to be healthy in the first place. For me, I had a period of time where I kind of let myself go. And I didn't even really let myself go. I just never really had to take care of myself when I was younger because I grew up swimming and playing water polo. I didn't have to think about what I was eating or how much exercise I was getting. It was something that came naturally in my life. I just went to practice swimming or water polo.

And then, when I started playing League, it became my sport. But it's not physical activity. A lot of people come to me saying I don't really know where to get started getting fit just seems so far off. But I would just say you have to do it for yourself, you can't do it for other people. You just have to start going and make it a habit. Once it's a habit it kind of just keeps rolling along. At one point I was 250 pounds and I'm now down to 180.”

The current state of the jungle

How do you feel about the current strength of jungle both competitively and in solo queue during this meta?

“I think the actual strength and carry potential of jungle is higher than it's been in a while. Just 'cause you get more experience. Jungle was such a weak role for so long and they finally put experience back into the role. I can now keep up with solo laners if I'm having a really good game. If you can keep up with solo laners in levels then that usually means the jungle is in a pretty strong state at that point.

The way that I've come to understand the jungle is that we go through phases. It constantly changes between being strong and then being a supportive role and then being strong again. Right now we're definitely in a phase where there's going to be a lot of carry junglers being played. Jungle is going to be a role with a pretty high impact in team fights. If nothing changes it's not going to be Jarvan IV and Sejuani building Knight's Vow. It will be champions like Graves, Ekko, Nidalee, Kindred, and Lee Sin.

For me, that's a really comfortable state for the meta to be in. When I switched to the jungle that was actually why it first appealed to me. Back before Season 6, all the junglers were playing all these carry champions and I thought it was going to be a really fun role to play. And then it was kind of funny because right as I got into the LCS there were a few very overpowered carry junglers.

Then Riot finally nerfed them, so right when I started playing pro they changed the meta away from the original reason that I wanted to play it. And to be fair there is an entirely different set of skills to be learned with that style of jungling. So that was something I went through as well. Learning how to play that style and not just farming everything and killing people in team fights.” 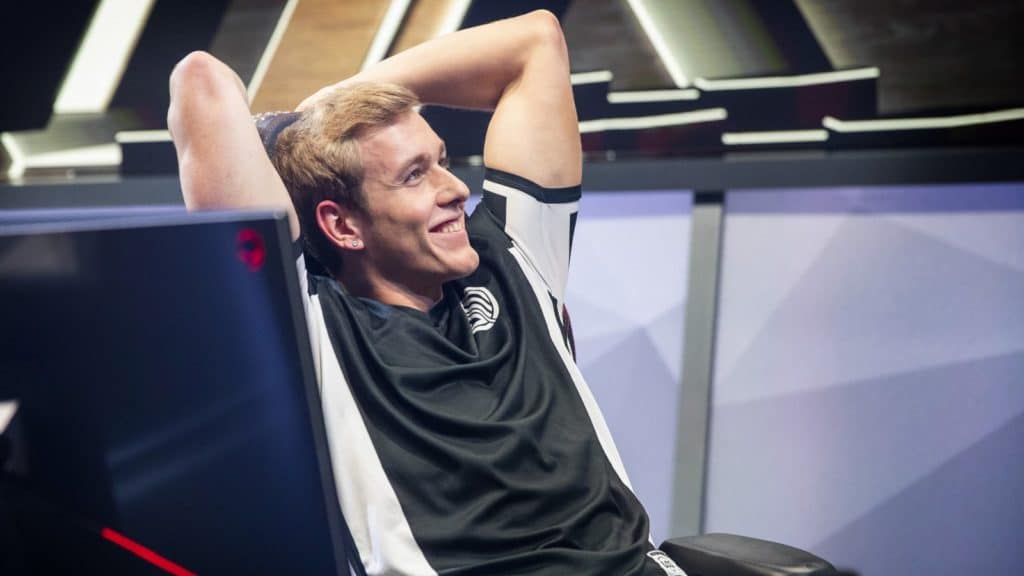 There is always so much speculation on the TSM organization changing junglers for the worse. What do you think is the biggest positive skill or ideology you took away from your time with TSM?

“I think TSM for me ended kind of poorly. It looked really bad for my reputation and everything that happened made me look terrible I'm sure. But I personally see TSM as an overwhelmingly positive experience. I got to go to the playoffs, go to Finals, experience all that stuff. I got to play with players like Bjergsen and Sven that taught me things that I'm still using today. They taught me things that I'm teaching my teammates now. TSM put me in a situation where I have the knowledge now to be a leader on whatever team I'm on. I can lead the macro and lead how we're going to play. Overall it was a pretty positive experience.

I don't want people to think that it messed me up or something. Personally, I grew a lot from my time on TSM. I grew in terms of communication, how to structure my game, how to be a true professional. Just from being on a team with Bjergsen, Zven, and Andy [Smoothie] and how the coaches interacted with us and behaved I guess. It really instilled a desire to take it super seriously.

I think maybe before that it was my job, but it was more “I'm just playing League because I'm good at it”. But over time it switched for me to where it was my job and I was going to be a professional and change my attitude towards it. League started off as a hobby for me and I just played it cause I didn't wanna go to school. And I thought it would be pretty cool if I could make some money playing League. I had an insane love for the game that made me play a lot. And now I'm leveling up my approach towards the game and taking it more seriously.”

With the recent Covid-19 pandemic and the league format switching to online, have any challenges formed from this for you? Has it had any ramifications for the team for you as a whole not getting to play in the studio and having to play from home?

“No, I don't really think it has been bad. We've been using webcams when we're in Discord with each other so you can still see your teammates during practice. I don't think it has really changed anything other than the part that I love: going to the studio, playing in front of a crowd, being on broadcast. These parts do make it all really fun. And it makes it feel a lot more worthwhile to be doing this, doing what I'm doing. It makes it all feel real. It's more gratifying. But I wouldn't say anything is bad. I'm still really thankful that with all the people in America that don't have jobs right now or got laid off because of corona. So I'm really thankful that I'm still able to work and feel like I have a purpose.”