In celebration of Modern Warfare 2’s tenth anniversary, we take a look back on what made it so great and compare it to some of the newer installments.

Yesterday was the tenth anniversary of Call of Duty: Modern Warfare 2. Ten years out from the original release, we thought it would be appropriate to reflect on the impact this legendary game had.

With the business side of things out of the way, let’s get into why Modern Warfare 2 is still seen by many as the “gold standard” for Call of Duty games.

One would think that with more maps, the quality of each map would be reduced. This is not the case either. Modern Warfare 2 is home to some of the greatest and most acclaimed maps in the entire series. Terminal, Highrise, and Rust are a few names you still hear discussed heavily in the Call of Duty community to this day. All three of these maps have been remade in other Call of Duty games since then, a testament to their popularity.

All 16 maps in Modern Warfare 2 are unique. Large open maps like Wasteland to small, tight maps like Skidrow. These distinctive maps provided players with varied gameplay experiences. Each map forced different styles of play to succeed. There was something for everyone and that’s why you rarely hear anyone talk bad on a single map in Modern Warfare 2. Certain players may not have liked certain maps but there was not a single map that was universally disliked.

Today’s maps are a far cry from the maps of Modern Warfare 2 and the earlier installments in the series. Most of the newer maps are bland and uninspired. They almost all strictly follow the three-lane map design. When done sparingly, three-lane maps can be great. Think Rundown in Modern Warfare 2 and Raid in Black Ops II. However, when used on every map the result is all maps feeling the same. 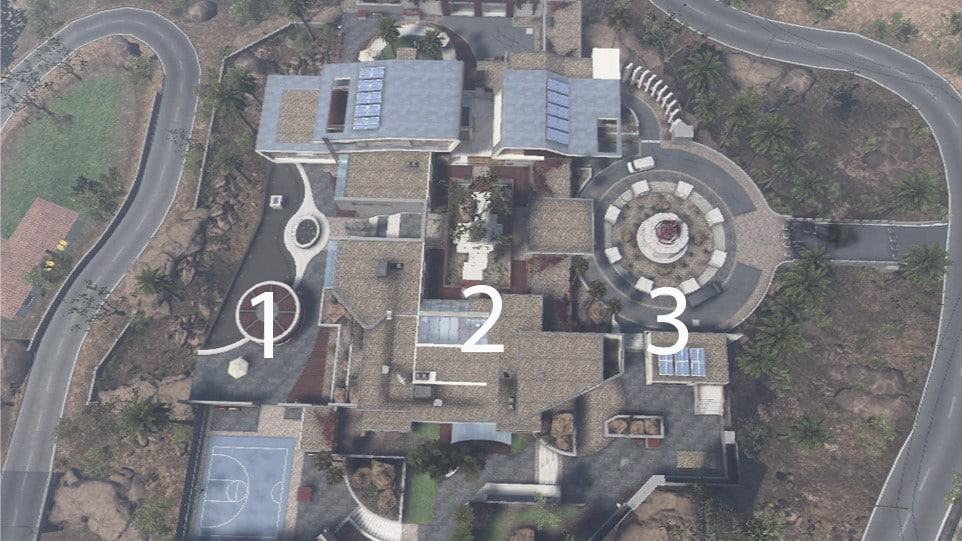 Call of Duty: WWII is an example of a game that suffers greatly from the overuse of three-lane maps. Almost every single one of the nine standard maps used the three-lane map design. The result was every map feeling the same and none standing out as original or unique. WWII was released in 2017 and I doubt most players can remember the name of more than a few maps on there.

Modern Warfare 2, however, was free from the limits of the three-lane design. While plenty of maps were three-lane, many were not. Afghan, Estate, Derail, all had original layouts that result in unique gameplay experiences. In Estate one team held the high ground in the cabin while the other team had to tactically make their way through the forest and up the hillside. This map is not three-lanes or symmetrical in the slightest but it is a memorable map loved by many.

Call of Duty games nowadays are too hyper-focused on creating maps solely for competitive play. Focusing on competitive is not a bad thing, but it can be done without compromising the individuality of each map. Maps can be esports friendly while also having unique traits that make each one stand out from the rest. Modern Warfare 2 is a perfect example of a game that achieved this.

It sounds contradictory, but Modern Warfare 2’s imperfections are one of the main reasons fans remember it so fondly.

The javelin glitch, the akimbo Model 1887’s pre-nerf, the care package run glitch, all for better or worse, gave the game character. Anyone who played Modern Warfare 2 knows about these glitches and exploits. While they were slightly annoying to play against, most were patched quickly. Looking back, I’d wager that most players would laugh and applaud these “features”.

Reddit user u/PittJM1329 puts these feelings into words perfectly. He wrote “This game was so much fun to play and enjoy with friends. Was it unbalanced? Yes, you had the akimbo models, the spas, the ACR with 0 recoil, lightweight pro and marathon pro, commando pro, etc. Was it broken? Yes, javelin glitch, care package glitch, numerous elevator glitches, etc. Despite all of that it is easily my favorite CoD of all time just because all of the memories I have of that game and how much fun it was to play back in the day”.

Nowadays, developers are obsessed with balance. Everything has to be perfectly balanced. While a somewhat balanced game is ideal, the constant tuning and tinkering cause the game to lose a lot of its flavor. When every gun has the same stats and there is nothing to differentiate one gun from another, you end up with a bunch of different flavors of vanilla. The lack of balance in Modern Warfare 2 is partly why so many fell in love with it.

Put simply, Modern Warfare 2 was at its core just an all-around fun game through and through.

Call of Duty: Modern Warfare 2 is truly a historic game. It is remembered by many as perhaps the best in the entire series. Recent installments have drifted away from what made Modern Warfare 2 so great. We can only hope that Infinity Ward, Treyarch and Activision listen to the community and design future Call of Duty games with Modern Warfare 2’s success in mind.

For now, we have the rumored release of Modern Warfare 2 Remastered to look forward to. While not confirmed, all signs point to a remastered version of this renowned game to be coming soon.

Until then, we’ll have to hold ourselves off with all the nostalgic memories. For me, I’ll always remember staying up late on school nights playing Search and Destroy and talking trash with the boys in the notorious game chat.