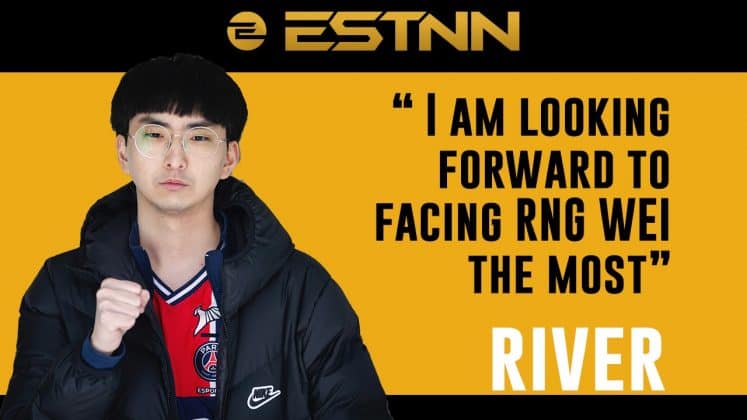 ESTNN had the opportunity to speak to PSG Talon’s Jungler, Kim “River” Dong-woo, after they qualified for the Rumble Stages in MSI 2021.

After dominating PCS Spring 2021, PSG Talon is looking stronger than ever coming into MSI 2021. There were a few hiccups on the road, such as the unavailability of ADC Unified for the team, and they had to replace him with Doggo who has adapted well to the team.

I cannot really say that I’m fully satisfied with my performance. Because even though I have had some decent performances so far, in the last game, I think I didn’t perform. So I think I need to work on those mistakes.

Group B had some strong teams like MAD Lions, PSG Talon and even the underdogs rose up to the occasion and gave major upsets. Who do you think was the most difficult to face during the whole group stage?

For Group B, I thought it was very unnatural to see any teams maynot get out of group stages. I think all four teams were very strong. For me sand PSG Talon, I think MAD Lions was the toughest one.

What is your opinion on the jungle meta right now? What are the champions that you think are very good in the meta?

Currently, I think we have the top three outstanding picks with Rumble, Udyr and Morgana. In terms of the jungle meta, I think it is all about the clear speed so I think it is very important to clear the camps very fast.

RNG Wei vs PSG River would be fierce

Your jungling in the tournament has been top-notch. Do you look forward to facing any junglers in particular?

Yes, Wei from RNG, because watching him during the LPL regular split, I think he was really strong and played the jungle role very well. He's really good at playing around his laners and helping them out so I am looking forward to facing Wei the most.

Could the fans expect to see some out-of-the-box jungle picks from you in the future?

In my opinion, other than Udyr, Rumble and Morgana, any picks can actually hit the Rift anytime. So, I think anything can happen.

Kamsahamnida for the interview! Any message for the fans?

Thank you for supporting PSG Talon and now that we have made it to the Rumble Stages, we will work and prepare really hard in order to come back stronger and better at Rumble Stage. Final Fantasy XIV deserves to be Game of the Year