Since the release of Pokemon Unite for mobile devices, this is the first-ever event celebrated with the players.

After the release of Pokemon Unite for mobile devices, the game has been one of the top MOBA games in the market, and the developers are continuously trying to make the experience better for everyone, whether it may be the balance changes or free in-game items. The Pokemon Company, the developers of the game, recently released a new patch update based on the theme of Halloween and also giving away free Pokemon after completing a few in-game missions.

To celebrate the Halloween season, Pokemon Unite players have a chance to get free in-game items and the new Pokemon Greedent. Here are all the details to get a free Greedent and items!

How to get Greedent for free 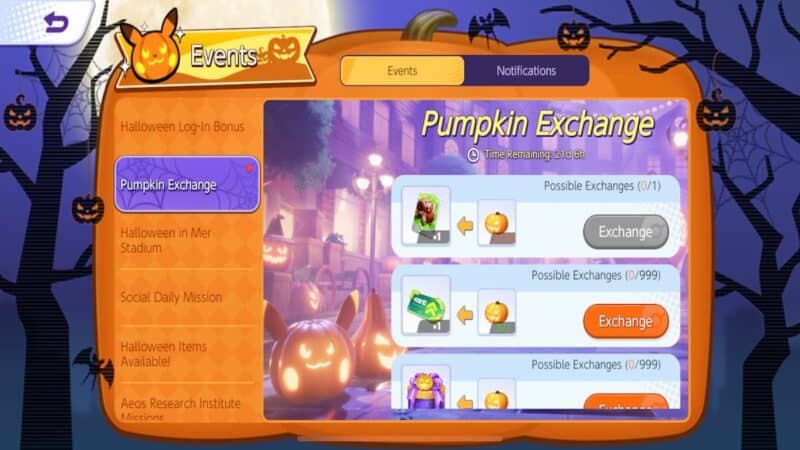 Greedent is available to redeem for free via the Pumpkin Exchange Event In this event, players collect Pumpkins from missions, and after collecting a total of 70 Pumpkins, they can get their hands on Greedent. Players can collect the Pumpkins by logging into the game daily for a total of 14 days and by completing a few in-game missions.

Here is the list of missions you can complete to earn some extra Pumpkins:

After you have earned 70 Pumpkins, go to the Pumpkin Exchange in the Events section and exchange them for Greedent. In addition to this new Pokemon, players can also earn Holowear of various other Pokemon and a bunch of other rewards: