Champions Queue was introduced to improve the North American League scene by helping players with the struggling environment of the NA solo queue and giving them a better practice opportunity. While not perfect, Champions Queue has been a fairly successful endeavor so far and has been appreciated by most of the community. So with the announcement of Worlds 2022 being held in NA, the biggest question in the people's minds was whether Champions Queue would stay up during the event.

It is usual to see players bootcamping in the region where an event is being held, and play in that server’s solo queue. But with Champions Queue having voice comms available and providing an opportunity to have lobbies stacked with pros, fans were hoping for a positive answer. And today, we got the confirmation from Riot that Champions Queue will be available during Worlds 2022, not only to teams playing in the event but to any active pro player from a Worlds qualifying region as well.

The 2022 Summer Season for Champions Queue has just ended a couple of weeks ago, before the LCS Playoffs started. Winner of the Split was the Immortals Academy’s AD Carry, Noh ‘Arrow’ Dong-hyeon, who earned himself $25K. All players who participated in the Summer Split will be allowed to come back during the Worlds Split as well, but there won’t be a prize pool offered as the primary goal of the “Worlds Split” is to offer the event participants a practice environment. 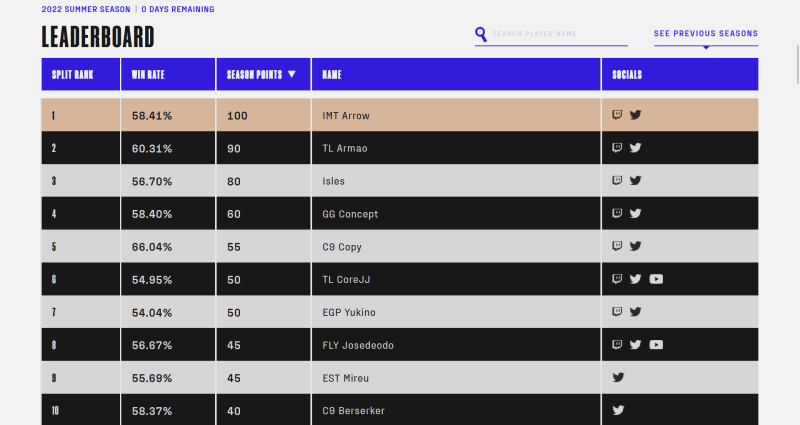 During its previous Splits, Champions Queue has always been following along with the regular patches. But seeing the Worlds will be played on only one patch, 12.18, the Champions Queue will not change its patches in sync with solo queue this time around. The Split will start on September 24, five days before the Play-in Stage does, and it will stay available till November 5, the day after Worlds 2022 Finals.

While some expected this development, many also wondered how Riot would handle the servers, which are currently located in Los Angeles as most professional players are located in the area. According to their announcement, Champions Queue will follow the players around during the event and will be moved to the closest available server, “Mexico City for Play-Ins, Chicago for Groups through Semifinals, and back to Los Angeles for Finals.”

Champions Queue will continue to offer voice comms, an MMR system. Players will also be offered support for zero-delay streaming, but any ghosting suspicion will result in immediate removal, which hasn’t been an issue in any of the splits so far. And with the popularity of tracking the pro streams from Worlds 2021 and Champions Queue streams from LCS casters, Riot will give streaming access to some content creators so that they can spectate and stream ongoing games.

For more information about Champions Queue, you can visit the official site here.