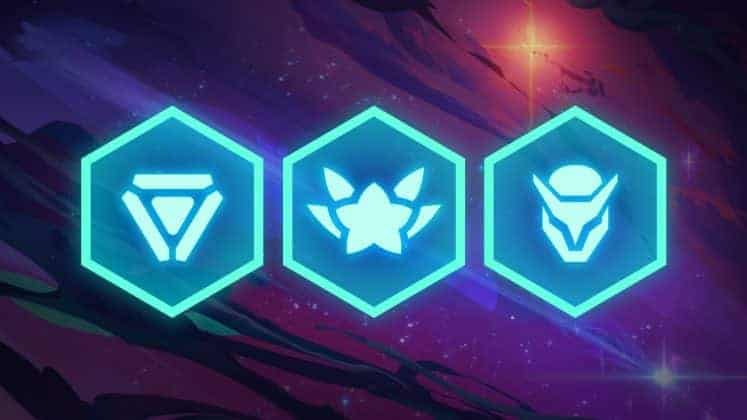 Meet the new lineup blasting into TFT in Set 3.

Riot Games has teased and now released more information about set 3 for TFT, titled Galaxies. During the first week of March, Riot Games will release more information on the third set. This is an example of how Riot games have learned from previous sets and are looking to bring in some old favorites like Blademasters.

All details below are subject to change prior to Team FightTactics: Galaxies going live next month, also notable that mobile launch is planned to be released in the middle of March.

Star Guardians are one of the newly confirmed traits. They're following one of the most popular skin lines in League of Legends, Star Guardians. The star guardians will be heavily involved with spell casters acting similarly to previous sets where mana is given to others in the trait.

Below is an insight from the dev team on these possible compositions:

How it works: Arguably the most stable version of the Star Guardian comp, it can be achieved at Level 7 and gives your whole team 40% spell power to boost their constant spell spam. Poppy and Annie provide a nice front line, Neeko CCs, while Ahri and Syndra do massive amounts of damage.

Why it works: We believe it's important that every set has a few compositions that are pretty easy to understand and put together. Less experienced players can buy all the Star Guardians and still do very well. Therefore, you’re going to be in a pretty good spot if you get them all, which is a core skill to understand. 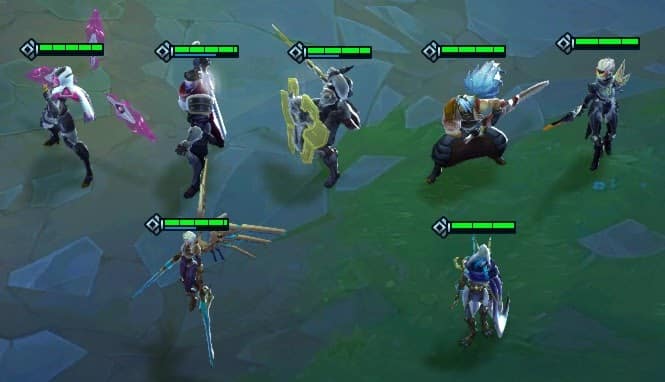 The following trait will be involving the project skin line with Irelia, Fiora, and Leona being the main characters. This also shows the new effect of Blademasters that is making a return into this set, we also get a glimpse on some other traits with the information listed below.

How it works: A comp that’s all about empowering Irelia to be a massive carry, Cybernetic gives health and attack damage if the champ has at least one item on them. You can put items on Leona and Fiora to power them up and keep them useful all game, and then in the late game, load up Irelia to be your major item carrier. Backed up by 6 Blademaster (yes it's back with some slight adjustments), she’ll be a monster.

Why it works: Cybernetic opens up a new option that we haven't seen before, in that you need to spread out your items to maximize the benefit. The trait itself is VERY strong if you’re willing to put one item on each champion, so it becomes a fun puzzle to figure out which items get you the best return. Cybernetic is also a much more flexible origin, as it has a LOT of options on how to branch out. We expect it to be one of the more popular three-piece Origins.

Riot Games has decided to release the Power Rangers fantasy into TFT. Mech-Pilots will be Annie, Fizz, and Rumble. Having all three will give unite to make one big mech that keeps traits of the three champions and can use up to three items.

How it works: With this comp, Annie, Rumble, and Fizz combine together into a Super-Mech! This big tanky mech shares traits and stats from the pilots, so the higher star level they are, the stronger your mech. The super mech can also use up to three items. This makes for an interesting puzzle on how you itemize it. Then by including 4 sorcerers, your mech gains +40% spell power, and when your mech casts his giant AOE spell, it stuns everyone it hits for 2.5 seconds!

More info will be released the following week, hopefully alongside information on the mobile launch scheduled for mid-March.