As MSI 2022 Day Three rolls around, we start to get a better idea of who's looking the strongest. Order came in looking for their first win of the group stage, drafting their classic skirmish-heavy line-up but the team struggled to get a foothold against EG. Jojopyun’s Sylas gained an advantage, getting an early flash out of Kisee’s Twisted Fate. First Blood went the way of EG in the top lane as BioPanther died to a 3-man gank, the kill going to Jojopyun. EG dominated the early game, with Jojo’s rotations gaining him an early item advantage. EG’s lead on vision and prio from Impact's Gangplank allowed them free-roaming, gaining virtually full map control by 18 minutes. By minute 20 EG had an 8k gold lead which the team rolled into Baron and into an easy win, taking the Nexus at 24 minutes. 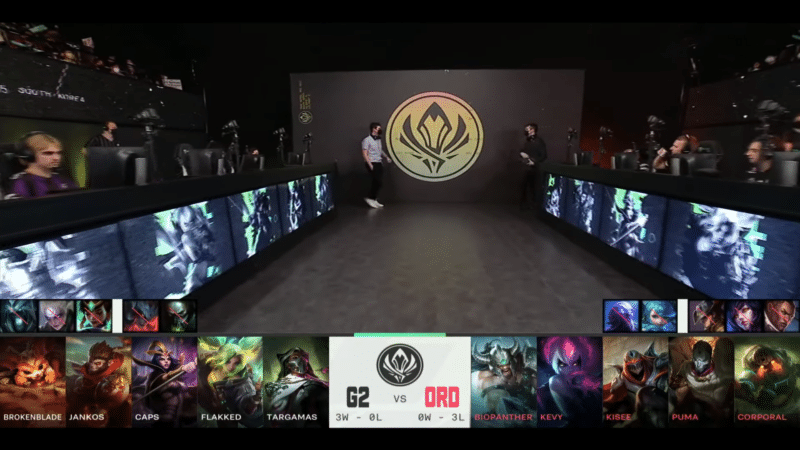 First blood went to G2, with Jankos’ Wukong killing off Kevy’s Evelynn. G2 went on to take both buffs from ORDER. With a lot of the early game taking place in the jungle, G2 secured a solid 4k gold advantage and steamrolled through two top towers by minute 12. With G2 staying grouped up and a heavy focus on Evelynn, ORDER found it difficult to gain an opening. The Oceanic underdogs tried to scrape what they could through kills and turrets, but the gold advantage on G2 proved too great. G2 secured the Nexus at minute 24, making this the 16th win in a row for the European titans. 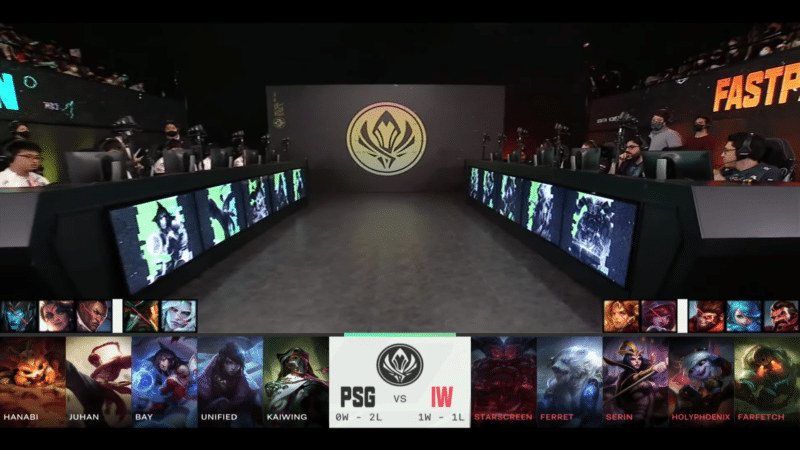 Former MSI 2021 semi-finalists PSG Talon came in looking for their first win of the season against the Turkish favorites IW. With Juhan and Bay taking time to settle in, Talon has had a disappointing start, though neither team has thrived so far in this tournament. First Blood went the way of the Wild Cats, with Farfetch’s Nautilus picking up an early kill on KaiWing’s Renata Glasc thanks to an early rotation from Ferret on Volibear. Though PSG Talon’s Lee Sin on Juhan was looking strong, with solid vision early on, IW based their play around their star AD carry, HolyPhoenix, with neither team securing any major gold advantage.

PSG Talon managed to use their star player against them, however, with Hostile Takeover on KaiWing’s Renata proving disastrous for the Turkish team, securing a team fight at 17 minutes for a 1k gold lead. Talon pulled ahead further around minute 21 with a 4 man ultimate from Hanabi’s Gnar (a comfort pick for the Taiwanese top-laner) catching IW at Dragon, resulting in an Ace and a 6k gold swing the way of Talon. The advantage turned into a quick win, with the Istanbul Wild Cats unable to defend and Hong Kong’s PSG Talon securing their first win of the season at 23 minutes. 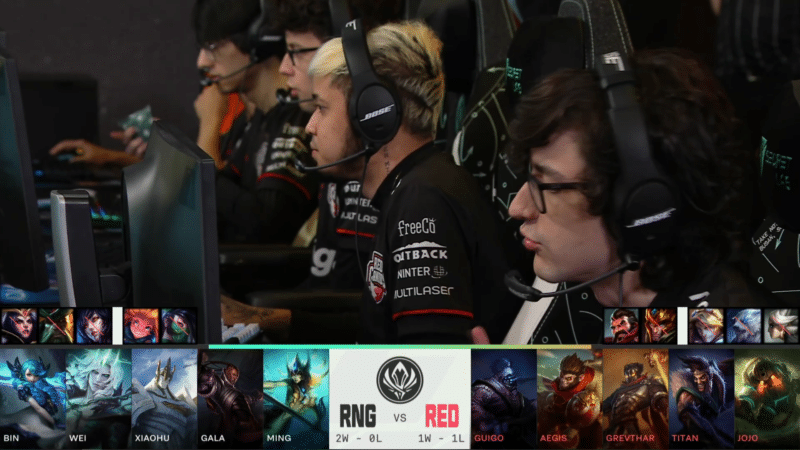 The recap is prior to Riot Games' decision to replay all of RNG's first three MSI games due to a ping discrepancy.

First blood is secured by RED as they got off to the perfect start. RNG quickly got back into the game, before RED secured two kills in the bot side to retain their lead. RNG did manage to pull back ahead as the game went into the 10-minute mark. Picking up a kill lead and a 1k gold lead. With RNG starting to pile on the pressure, RED started to crumble. By the 17-minute mark, they'd secured an 8k lead as they looked in control. RNG came online by the 23-minute mark, with a 5v5 team fight seeing Gala claim a Penta Kill as RNG all but guarantee victory. With Baron secured, RNG roll through the RED base and secure their third win of MSI 2022. 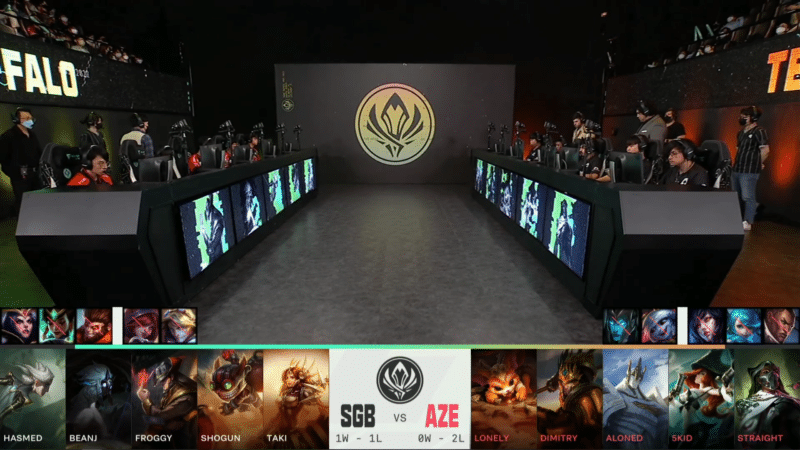 First blood was secured by AZE as they look to claim their first win of MSI. Despite that early start, SGB found a way back into the game via the bot side of the map. SGB started to squeeze the game slightly, moving to 3k ahead as they look to control the map. With 15-minutes on the clock, what advantage AZE had was all but gone. SGB had surged to 11k ahead as victory looked to be just a matter of time. With their base in ruin, SGB marched through the AZE base to secure a quick 20-minutes victory. 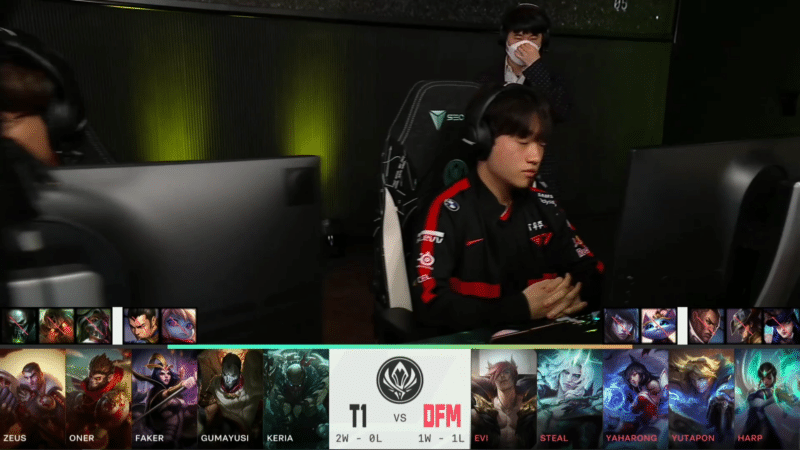 A disaster start for DFM as T1 claims the first blood. Not to be outdone, DFM stayed in the game, matching the T1 gold by the 5-minute mark. T1 extended their lead to 4k by the 12-minute mark, as they regained control of the match after some earlier misgivings. With just 2-minutes before Baron spawned, T1 had a 7k lead as they looked to secure the area. T1 moved towards the Baron, though they risked a 50/50 split to secure it. Two members of T1 did fall as a result, however, denting the power the buff will have. With Baron secured, T1 is able to win the next 5v5 and take down the DFM base. The series win keeps T1's impressive unbeaten run for 2022.