It’s no secret that esports has exploded in recent years.

With viewership steadily rising, sponsors are crawling out of the woodwork to make use of the fresh market. However, not all deals are created equal. While interested parties are clamoring to get their names out there, three industries emerge as distinctly compatible with the esports world.

Poker and esports working together? While it may seem unconventional, it makes perfect sense if you examine the similarities between the two industries. Online poker and esports go hand in hand, as each one offers an opportunity for exciting entertainment at the touch of a button.

Not only that, but they’re also both undergoing massive expansion across the US, presenting a unique opportunity for raising awareness and generating cross-platform interest.

Just like esports enthusiasts, fans of online cards have a lot more options in 2020 than in previous years. And as more states pass poker-friendly legislation, markets keep growing. For example, Pennsylvania legalized web-based poker and casino platforms back in 2017.

Since the launch of the first venues in 2019, players can choose any preferred PA online casino to get their game on—and with 8 providers to pick from, more players are hopping on the bandwagon than ever before.

This growing audience could spell big potential for poker brands partnering with esports. PokerStars made a move recently, announcing an official sponsorship with Brazilian gaming organization FURIA in November.

Meanwhile, World Poker Tour operator Allied Sports Entertainment partnered with the esports Entertainment Group betting platform back in July. With poker operators now peeking the potential on the horizon, we’re curious to see who will be the first to sponsor a team based in the US.

Soft Drinks & Esports are a Match Made in Heaven

Media and sponsorship spending on esports are expected to surpass $822 million US dollars this year, making up three-quarters of the total industry revenue. This is a lot of dough, and we can expect the biggest whales in the ocean of business to be contributing the most. Unsurprisingly, this includes America’s favorite gaming beverage: Mountain Dew.

PepsiCo’s Mountain Dew has already begun their foray into esports by partnering with bigger-name leagues like ESL, the Call of Duty League™, Counter Logic Gaming, and OpTic. Not only that, but they’ve formed alliances with individual teams such as Team Dignitas, SK Gaming, and Immortals as well.

These sponsorships come on the tails of PepsiCo’s release of Mtn Dew Amp Game Fuel, a beverage specially formulated with gamers in mind. More recently, the Dew has entered into a partnership with Doritos for a joint Twitch Rivals sponsorship, creating a chemical crunch extravaganza that goes perfectly with gaming.

Tech Companies Hop on Board the Trend Train

Since esports is powered by the latest and greatest technology, it’s no surprise that tech companies want in on sponsorship deals. Intel is perhaps the most impactful of them all, with the longest-running major investments in esports of any tech company.

After two decades of working side by side with esports, Intel knows what they’re doing. The company is committed to bringing esports technology and events to all regions of the world, having already pledged to invest $100 million US dollars into esports over the next three years in conjunction with their ESL partnership. As Intel works with a whole host of teams, leagues, and event organizers to advance esports interests everywhere, we can tell they’re committed to the entertainment of the future.

As esports viewership climbs ever higher, sponsors are reaching a wider audience than ever before. And with major investments and partnership deals coming in from every industry imaginable, esports just keeps on growing. The future looks bright for fans and sponsors alike, and we can expect Esports and its sponsors to keep the profits rolling in through 2021 and beyond. 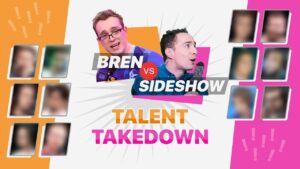 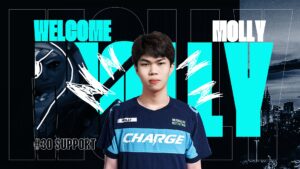