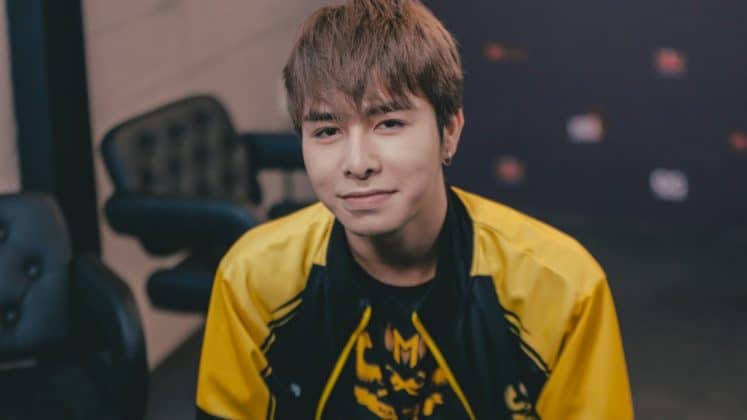 Zeros has been banned from play by the Vietnam Championship Series in light of his unfavorable comments.

The organizers of the Vietnam Championship Series (VCS) have banned three-time LoL national champion, Phạm "Zeros" Minh Lộc, for disparaging comments made during a livestream.

"I hope the pandemic would get worse so Vietnam could not attend the Mid-Season Invitational (MSI) tournament." This was the comment that started an avalanche resulting in Zeros being banned from active competition in esports in Vietnam.

If Zeros wants to continue pursuing his professional career, his only option now will be playing for teams outside of Vietnam. He had previously agreed to play for a Chinese team; but the Covid-19 pandemic prevented the deal from going through.

OFFICIAL: SBTC Esports top laner Zeros has been permanently banned from competitive play by VCS due to inappropiate speech.

During a livestream, Zeros said that he would hope that the situation would worsen in Vietnam, so that the VCS winner could not attend MSI 2021 in Iceland. pic.twitter.com/RrkIC5Uakq

"Realizing how serious the situation was, especially in the current pandemic, the organizers decided to permanently ban Zeros from VCS". The tweet stated. "The decision will take effect immediately".

Zeros now finds himself without a team, with SBTC esports firing him shortly after VCS announced the ban.

Public opinion regarding the decision was divided. With those on social media voicing their approval just as adamant as those claiming VCS was too severe.

It seems what motivated Zeros' comment was frustration surrounding his team, SBTC eSports, losing out on the chance to compete at MSI. SBTC had finished outside of the top four in the Group Stage of the national championships. Copping the title in the national championship was their ticket for an invitation to the tournament. Now MSI goes ahead, without SBTC and Zeros, May 6-22 in Reykjavik.

Last year's MSI was cancelled due to the pandemic, and Vietnam teams have already had trouble traveling abroad. Two Vietnamese teams, GAM esports and Team Flash, were prevented from traveling to China to play in the LoL World Championship 2020 for the same reason.

Zeros has previously played at both MSI and the LoL World Championships. But as it currently stands, it's hard to say exactly when we'll see him in action again.