Hanwha Life looked to contest for the top spot in the group with a match against RED Canids. 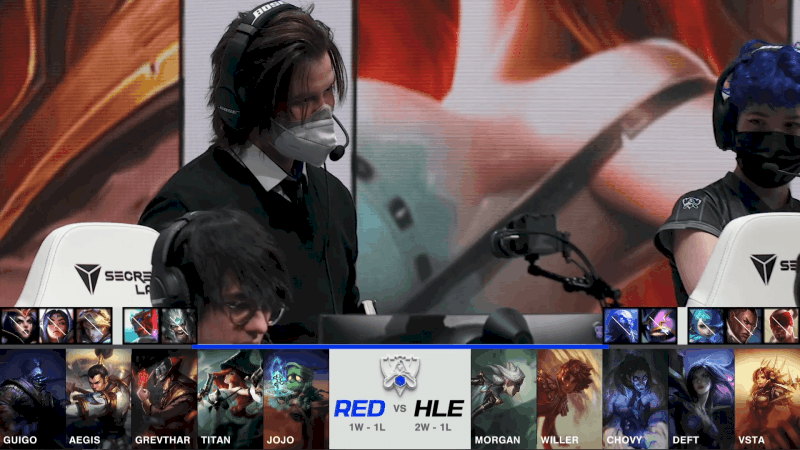 In this decisive game of the group, First Blood went over to RED, and while HLE traded back, RED went two-for-one in the fight to gain a massive early lead. HLE was able to get a grip onto the game prior to the Rift Herald, and despite RED’s best efforts, the gold lead moved further over to the side of HLE after they secured the Rift Herald. The bot lane was the next action point, with HLE getting the early lead in the fight before RED clapped back with two of their own. HLE, however, regrouped and took down another two members of RED as they moved to 4k ahead.

Things finally start to calm down by the 16-minute mark, as both teams looked to gain vision with the Baron spawning soon. HLE had a 4k lead still at that point, though RED closed the gap slightly with the Rift Herald. A fight eventually broke out around the drake pit, and despite their lead, HLE wasn’t able to take it. Both teams traded two-for-two, however, HLE was able to pick up the third drake.

With Baron the next objective, HLE pulled the trigger on a play and forced RED into a fight. RED did their best but dropped three members without anyone from HLE falling in return. Afterward, HLE secured the Baron and Infernal Soul as RED looked to be on the ropes. RED tried to defend, but HLE just had too much power. They sweep aside RED and moved onto 3-1 as they looked to secure the second-place spot.