PEACE and HLE took to the Rift to fight for better placing in Group A. 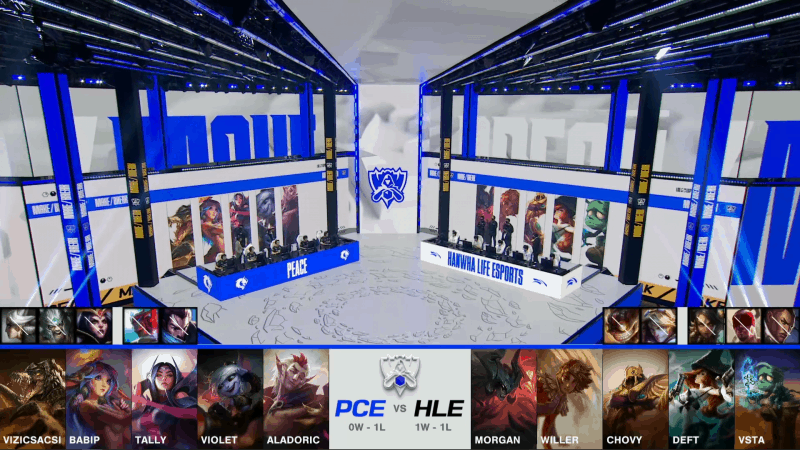 With the game on fast-forward, HLE found themselves 5k ahead by the 13-minute mark. PCE tried to claw back on the top side, picking up a kill, but traded back two as they slipped further behind. By the 18-minute mark, it looked like it was already over for PCE. A 5v5 fight broke out in the mid lane, but PCE couldn’t even manage a kill. With Baron Buff already secured, HLE moved to 10k ahead as the game looked over.

The second Baron spawned onto the map, and this time PCE was able to do something about it. Taking down two members of HLE, however, Morgan was able to 1v1 Vizicsacsi on the bot side, meaning PCE was unable to take Baron. PCE forced the Baron play, but with a lack of damage, HLE was able to come in and clean up. With just one member lost, HLE secured a Baron as PCE crumbled. PCE tried to make one last defense, but they couldn't stop HLE. HLE moved on to 2-1, while PCE struggled at 0-2.