It’s one of the most hotly anticipated Groups for LEC and LCS fans, as the two regions go head-to-head, with what most consider the region’s two best sides. With LEC Champions MAD Lions, and LCS second-place side Team Liquid leading the line for the group, maybe we get a Western double. Of course, Gen.G and LNG Esports will be looking to dampen those fires and make their own ways out of the group. 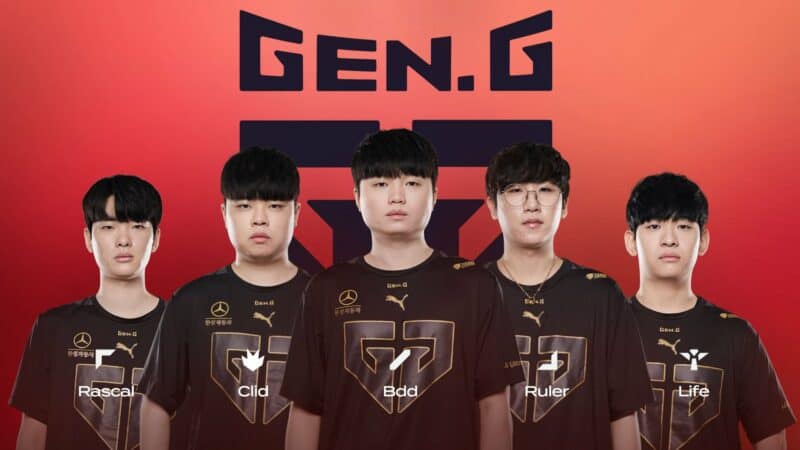 For most, Gen.G and MAD Lions are joint favorites for this Group. After finishing in third in the 2021 LCK split, Gen.G doesn’t come into Worlds 2021 as a favorite. However, they’re not to be messed with. The fact the third-placed LCK side is considered “odds-even” with the first placed LEC side says a lot about them. Gen.G will be disregarded by a lot of EU and NA fans, but that could be a major mistake, especially given LNG Esports make up the fourth spot. Group D is certainly set up to be an exciting one.

Gen.G had a fine Summer Split. They made it to Worlds and that’s what matters. What Gen.G does have is talent. Three standouts to watch are Kim “Clid” Tae-min, Gwak “Bdd” bo-seong, and Park “Ruler” Jae-hyuk. This Gen.G roster also has great consistency. This is nearly the same roster they had since 202, and that’s always going to be a major advantage. This is Worlds, and Worlds is all about mid-laners, so if you watch anyone during Worlds from Gen.G, make it Bdd. Having been with Gen.G since 2020, he’ll want to come away from Worlds with a trophy, and maybe it’s their time.

MAD come into their second Worlds, and this time they do so as double LEC title winners. Last year was a rough outing for MAD Lions, but now is their time to shine. While MAD Lions aren’t Europe’s only chance of taking something from Worlds 2021, they’re the most likely to do it. Without G2 Esports’ experience, Europe is left with an inexperienced Fnatic roster, and a Rogue roster in possibly the hardest group they could have imagined. The first goal, however, is making it out of the group. MAD Lions will certainly think that’s achievable, but the series against Team Liquid will be crucial. If they can take down the LCS side, they should qualify.

On the back of their second LEC title, MAD Lions will turn to Worlds for some glory, and they might just have the roster for it. With talent all across the roster, they’ll be more than able to hold their own. One player that will be key to the success of the team, especially in evenly matches games, is bot laner Matyáš “Carzzy” Orság. He’s been a constant source of the success that MAD Lions has achieved, and Worlds 2021 could be his chance to do it on the world stage. Whether or not we’re in a meta that favors an ADC carrying the game remains to be seen. However, that could ultimately limit how effective he can be. 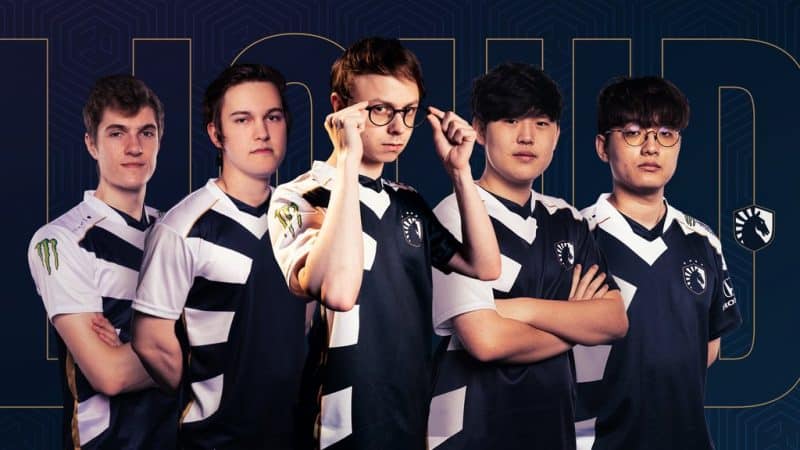 As for Team Liquid, they’ll be in a similar position to MAD Lions. If they can beat the LEC side, they can likely qualify. Team Liquid is probably third favorites to qualify on paper, as the second seed side from the LCS they’ll have it all to do. But, they have experience and the talent to make something happen at Worlds. The key question is, can they shake off defeat in the LCS Finals and come to Worlds as a serious contender? Or are they destined to be another LCS team failing at Worlds? What we do know is, Group D is going to be unpredictable, which might suit Team Liquid.

It was not the Summer split Team Liquid wanted. After finding themselves in the LCS Final against 100 Thieves, it looked like it was written in the stars for them to take the title. Losing 3-0 in the Grand Final probably wasn't on the cards, and shaking that loss off is required. For Liquid, experience has to be what shines through here. Barney “Alphari” Morris in the top lane, Lucas “Santorin” Larsen, Nicolaj “Jensen” Jensen are all key to Team Liquid having positive Worlds, even if that just means getting out of the Group Stage. As for a star player, we think based on the fact he’s probably the strongest top-laner in the group, Alphari is our pick for the one-to-watch from Team Liquid.

The Group D dark horse, LNG Esports is in the group to more than make up the numbers. They’ll be in this group to go all the way, and they’ll be looking to become the “party pooper” in the process. After their 100% record in their Play-ins Group, sweeping aside Hanwha Life, PEACE, RED Canids, and Infinity in the process, LNG Esports is going to be a 4th seed side to watch out for. While Group A is the “Group of Death”, Group D is the “Group of Chance”, it’s anyone’s to play for. It’s certainly a competitive group and that’s honestly all we can hope for.

LNG came into the group off the back of a first place finish in their Play-ins Group. As the fourth seed out of China, they’ll be a feared roster in Group D. Though having seen them already, teams will already know who the danger men are. Firstly, jungler Lee “Tarzan” Seung-yong is obviously a player to watch. Known by many Western fans, he’s also the only South Korean player on the roster and a world-class superstar.

However, based on Play-ins, we have to look at two key figures, with one key player emerging. ADC Wang “Light” Guang-Yu was a menace in most of the victories LNG had, and he’ll be going up against some of the world's best ADCs in Group D. But it’s another top-laner that caught our eye, as Hu “Ale” Jla-Le was a vital member for LNG, and he’ll be one to fear. Especially when you look at the top-laners on display in this group, LNG won’t be an easy opponent.

You could draw straws from a hat and get a fairly accurate Group D prediction. So its best to start with what most likely won’t happen. LNG won’t win the Group, and MAD Lions or Gen.G won’t come last. So who does win it, and who is heading home?

But let’s be clear, anyone one of these teams can go through, and any of them can go out (again, Gen.G or MAD are unlikely lose the group). It all comes down to a process of elimination. It very well could be a case of “do we think Gen.G can win X game,” and when you run those odds on all the teams, the team with the most doubt is Team Liquid. They have the players but are they matched by the other teams in the group? That’s the question that needs to be answered.

But again, Team Liquid could just as easily win this group. A Day One win against MAD Lions would be massive and would set the tone for their Group. It’d put MAD on the back foot and set Team Liquid up with a real shot of winning the group. But if they lose to MAD Lions, it could be all over after one game. Equally, LNG might look like World beaters in Play-ins, then be completely outclassed in the Group Stage. At the end of the day, they’re in the Play-ins for a reason.

What Group D is going to be is exciting, and that’s the reason for this preview. Group D seems to be competitive and have it all, and if you’re not totally invested in any of the four teams in the group, then this is the one for you.