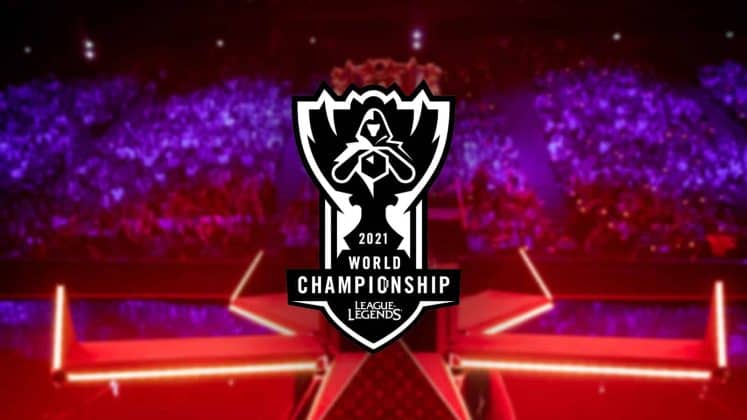 Welcome to Group A, the Group of Death!

Another year of the marvelous League of Legends World Championship is here! Play-ins just got finished, with final teams making their way to complete the Main Stage groups. After the Play-ins, the groups have four teams each, with sixteen teams in total ready to face each other and qualify to the next stage of the competition. Talking particularly about Group A, this has to be the most lethal and action-packed ones that the tournament has to offer.

Starting from Korean DWG KIA, the current World Champions, to the FPX, former 2019 World Champions, the competition is about to get fierce with both the participants forming the clear favorites. However, Rogue and Cloud9 are sure to break expectations and would surely have plans to spoil the plans of the World Champions. 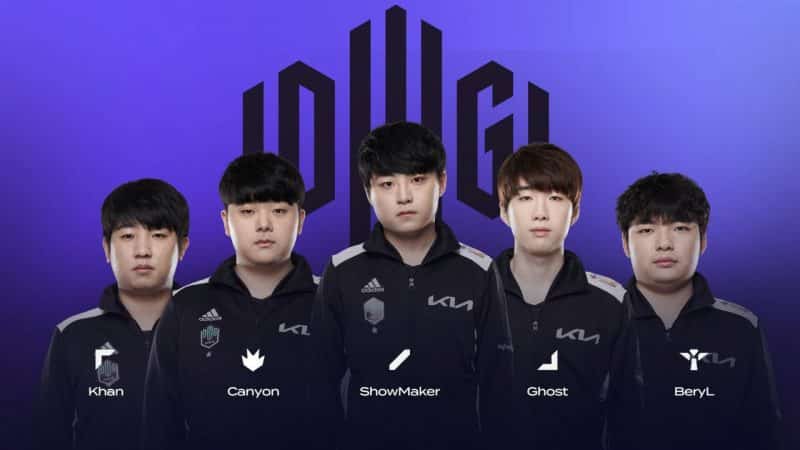 Hailing from Korea, DAMWON KIA is the LCK’s #1 seed for this year. And to no one’s surprise, the team looks picture perfect and has everything to make it to the Finals of the tournament. The team will be looking to defend their existing Worlds title at the same time looking for revenge for the Mid-Season Cup final against RNG. While RNG is not in this group, they should be looking to snatch away matches from the LPL counterpart FPX.

The DWG KIA squad has brilliant players in all the roles. However, the one name that has constantly been on the headlines for his spicy takes is Heo “ShowMaker” Su. The mid laner has been constantly getting results from the solo queue and he is deemed as one of the finest players of League of Legends right now. He is mechanically buffed and has a razor-sharp game sense which makes it impossible for the enemy to topple his reign. On the other side, Kim “Canyon” Geon-bu is also very excellent at what he does and controls the threads of the jungle. Kim “Khan” Dong-ha has joined the team in the place of Nuguri as the top lane. So far he has looked pretty good and built solid synergy with the team.

The only worrying issue for the side would be the bottom lane, in Jang “Ghost” Yong-jun’s form. During the LCK, many teams got the better side of the trade in the bot lane and looked to take advantage of this small flaw. However, under the leadership of multiple Worlds-winning coach Kim “kkOma” Jeong-gyun, these flaws should’ve been mitigated already. DWG will be hungry to get the taste of that second Worlds title under their belt. 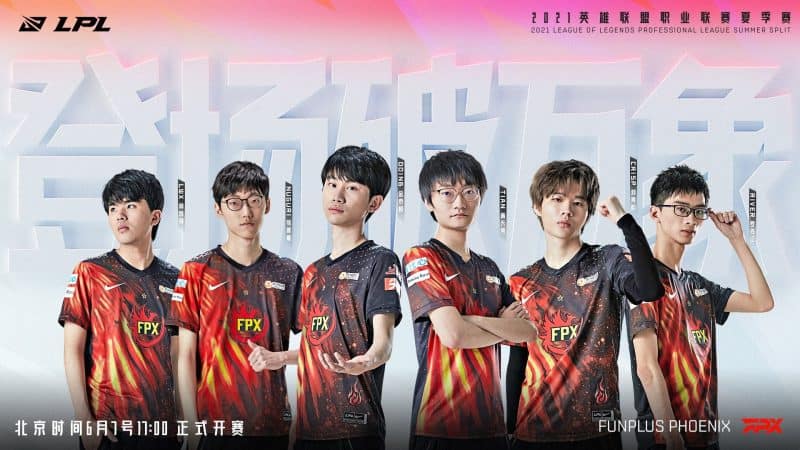 The Pheonix has risen again, and this time looks to be back on the winning track. The LPL representatives from China got the #2 seed, though they’ve been pretty unlucky recently losing both the regional finals. However, at Worlds 2021 they will look to change their fortune. Considering the off-meta champion picks, FPX is surely ready to catch some teams with surprise.

The biggest strength in this team is the versatility and adaptability of the team offered by the star players Kim “Doinb” Tae-sang and Jang “Nuguri” Ha-gwon. There is certainly no doubt in the quality offered by both the players in their respective roles. However, their vast champion pool and experience is surely going to be an X-factor that teams will have to prepare for to face them in the group. Nuguri is fairly new to the team but he is meshing quite well with the other players. And he was a force to be reckoned with when he was in last year’s World Championship. Their bot lane combination consisting of Lin “Lwx” Wei-Xiang and Liu “Crisp” Qing-Song has been phenomenal and also known for their consistent performance. With Gao “Tian”-Liang in the jungle, the squad looks very well-rounded for the tournament.

The team doesn’t necessarily have a weak spot. That said, fans would prefer them to perform their best and outshine the final bosses when they meet them. Two consecutive losses in regional finals have surely increased their hunger to clinch the Worlds title and bring it back to China. 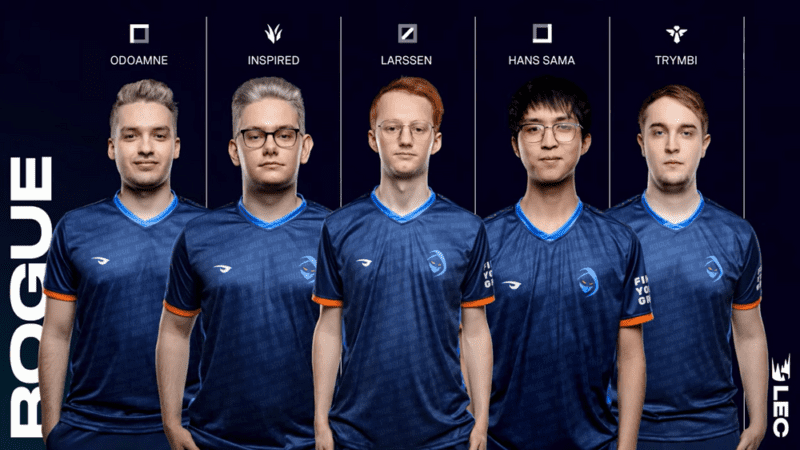 Just as Jankos’ expression explained it best, it’s pretty unlucky for Rogue to end up in one of the best groups with the fiercest competition. Coming from European soil as a #3 seed, Rogue hasn’t had the best of times as the team in the LEC. However, individual performances have bolstered the team to a newer horizon as they move to face the harshest competition in the Group Stage.

Despite the strong hellish challenges that they might face, the team has some really talented players. It would be foolish to put them out of contention immediately. One of the key players to their LEC success was the jungler Kacper “Inspired” Słoma who single-handedly changed the outcome of matches. However, Andrei “Odoamne” Pascu in the top lane and Emil “Larssen” Larsson also have the potential to snowball matches. The consistent link for the team would be its bottom lane containing Steven “Hans Sama” Liv and Adrian “Trymbi” Trybus, who’ve been clinical to the team’s success. Especially in skirmishes and team fights.

Rogue, on paper, looks to be one of those teams which have a very strong line-up on paper but fail to deliver in the main stage. Therefore, Rogue needs to be on their A1 game if they want to upset the favorites and move towards the next part of the tournament. 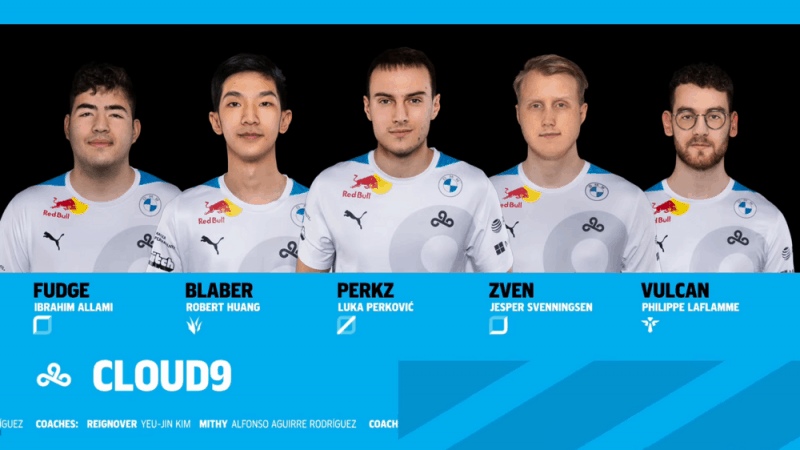 Last, but certainly not least, we have Cloud9. They are the last seed from LCS and are arriving fresh after dominating the Play-ins. North American teams don’t have the best of times in Worlds but this squad had a fairly good showing at the Worlds 2021 Play-ins. Even though the team does have one of the best players in the world, the team has fallen short on many occasions this year. Because of that, it might not be pretty for them to go up against two of the most dangerous squads in the tournament at such an early stage.

The team has suffered a lot of consistency issues with the team trying out new players in the regular LCS season to further look for stability in the squad. The team is well-rounded with Ibrahim “Fudge” Allami looking who has developed throughout the year and looks great in the top lane. And of course, the man for big occasions, Luka “Perkz” Perkovic, taking control of the mid lane. Jungler Robert “Blaber” Huang was often criticized for his bad judgment at MSI and might come up as a worrying link for the team. But he's looked solid so far in Play-ins. Finally, the bottom lane governed by Jesper “Zven” Svenningsen and Philippe “Vulcan” Laflamme is pretty strong and they have a good synergy between them.

All in all, the team looks prepared as they ever could be. But losing to smaller teams like DFM is a concern for NA fans looking at their star players. If Cloud9 doesn’t show up at their best possible form, it would be a cakewalk for the other teams to roll over them. But that is also what makes this team unpredictable. As on their best day, they could outperform the top dogs of the tournament.

Well, as it might be evident by the analysis above, the obvious favorites would be the Chinese superteam FPX, followed closely by the Korean World Champions DWG KIA to leave this group pretty comfortably. However, the other teams in the group, Rogue and Cloud9, will also be facing these teams and have all the tools required to pull a rabbit out of their hats and take away matches from the best teams in the tournament. All said, here is the likely outcome for Group A.

Given that the current meta favors the brave and experimental, there will be no other team better than FPX at throwing curveballs at the enemy and outclassing them at the same time. Therefore, they should be at the top of the group. DWG KIA would be looking to upset the Chinese team and cement their place at the top by showcasing their mechanical prowess and macro knowledge. Hence, they are placed at second place.

After that is Rogue, the dark horse for this group sitting at third. They will probably put up a good fight but their form will dictate if they can grab the second spot or leave the tournament at the early stage. Finally, from what we’ve seen of Cloud9 in the Play-ins, they are definitely better than their run at MSI this year. But it should be pretty hard for them to topple the likes of other teams in the group. However, if they do manage to do it, it would make the matches even more spicy and interesting to watch.