Galatasaray and DFM took to the Rift to battle to the top of Group B. 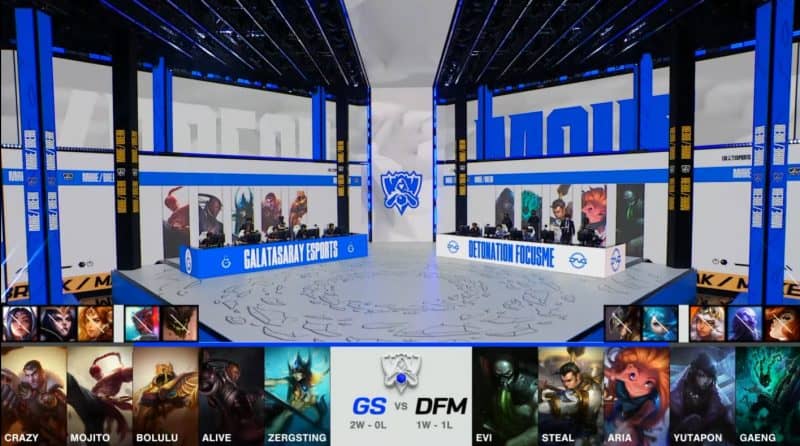 With high expectations for both of these teams, a win here would be big in terms of standings and confidence. And it was DFM who walked away with a ton of confidence after this match. It did start off funny for DFM, as Steal ganked bottom but dove too far and gave First Blood to Zergsting, but Yutapon answered back to make it one-for-one. At five minutes, the action kicked off again in the bottom lane when both jungler ganked it, but a Teleport from Evi turned the tide. The resulting fight ended with three unanswered kills for DFM and a huge lead.

Once they had the lead, DFM never let go. They took a Rift Herald, Evi solo killed Crazy and the First Tower bonus went their way bottom. On top of this, they began dragon stacking and were able to control that objective well. Viewers knew it was doomed when at 13 and 14 minutes, both Zergsting and Alive were dove under the top lane tower and killed, then Steal stole away a Rift Herald from Mojito.

After all that, it was a clinic from DFM. They eventually Ace'd GS in a 22-minute jungle team fight, which allowed them to claim the Baron buff. Equipped with the Baron, all DFM had to do was catch out Mojito in his jungle and push bottom for the Inhibitor. After regrouping, they headed for Mountain Soul, which they also secured, then turned on the GS squad trying to contest. GS was completely destroyed and DFM rushed the base to finish off a very convincing win.