Moving over to Group B, it’s a big one for LCS fans. DFM needed a win to potentially spoil the Cloud9 party, while BYG needed it to make sure they avoid Unicorns of Love if they beat Cloud9.

DetonatioN FocusMe vs Beyond Gaming 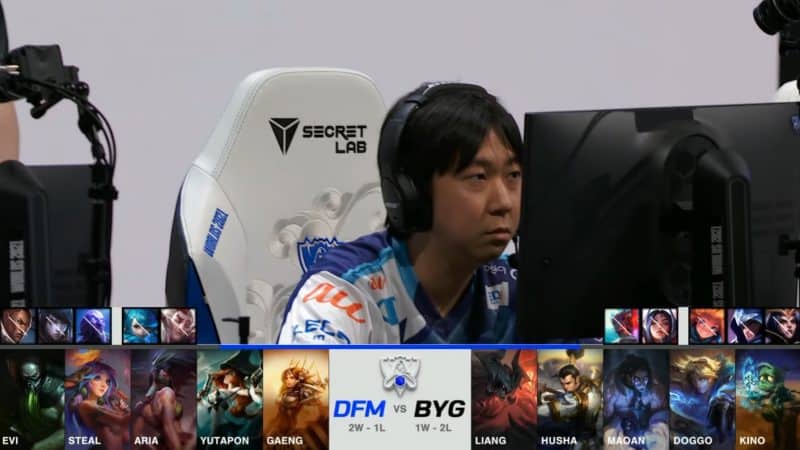 With high stakes on the line, it was the perfect start for DFM, picking up two early kills as BYG were set far behind already. Not too long after, it was another play, another two kills for DFM as they continued to assert their dominance on the Rift. DFM was unrelenting by the 15-minute mark, picking up six kills in total and growing their gold lead to 5k. Honestly, the game looked out of sight already for BYG.

Moving into the mid game, there was another pair of kills for DFM as they brought their lead to close to 10k. The only thing keeping BYG in the match was time. Then there were another three kills for DFM, however, BYG did manage to pick up their own kills in return as they finally make it onto the board. Once it spawned, DFM baited a Baron take, and once BYG inevitably responded, again turned that into yet more kills for themselves. With multiple BYG members dead, DFM secured the Baron and looked to close out the game.

Empowered by the Baron buff, DFM was easily able to secure the bottom side Inhibitor of the BYG base and take down most of their members before recalling for one last fight. With members resetting, DFM sweep through the BYG base and secure the victory. That win secures at least a second-place spot for DFM, while BYG will need Cloud9 to beat Unicorns of Love to guarantee they stay in Worlds.