Rogue and PSG Talon started their group of death run with a critical match against each other. 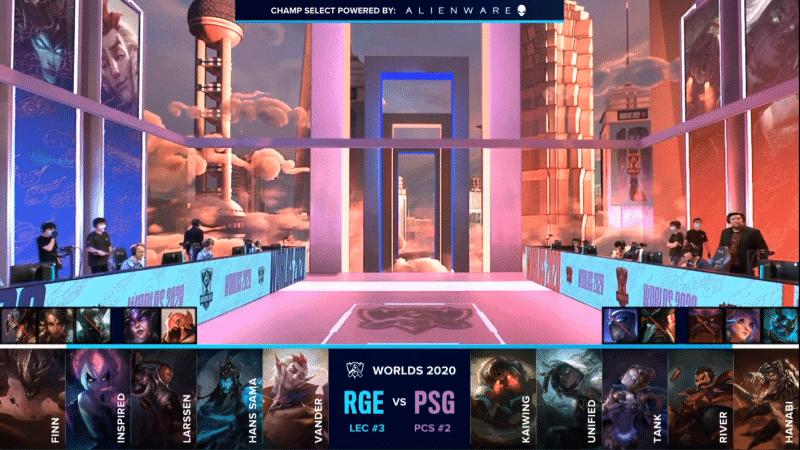 To continue the trend of one-sided games, Rogue ("RGE") utterly destroyed PSG Talon ("PSG"). They did it through very creative plays too, which is even more impressive. Their bottom lane duo ganked Tank in the mid lane at level one, killing him for First Blood. As if that wasn't tilting enough, the bottom lane roamed back up at level two to dive and killed Tank again! Hans Sama was the benefactor of these two kills, and he, along with Finn's Malphite, made it easy for RGE to win a fight at nine minutes three-for-zero in kills.

About three minutes later, RGE decided to turn their attention on Unified. First, Finn and Inspired dove and killed him in the bottom lane, then Inspired followed him top where RGE killed him again. A crucial fight broke out in the bottom lane at 18 minutes, and though it looked like PSG might have a chance for a moment, RGE killed three and put them back down.

Being so far ahead, RGE simply rushed Baron Nashor at 22 minutes and secured it essentially for free. PSG didn't really have any responses to RGE's plays, so after RGE picked off their top laner, they could only watch as their opponents smashed their first Inhibitor. Shortly after, RGE found another pick, this time onto Kaiwing, before taking the top Inhibitor. Finally, RGE sieged the final Inhibitor tower mid. Not wanting to wait around, RGE dove the tower and forced one last fight. They cut down four from PSG and knocked over PSG's Nexus to make a statement game in the group of death.