The time has come. After an intense two-week Group Stage, eight teams remain alive in the LoL World Championship. Now, these teams have to square off against each other in best-of-five series to prove who truly is the best team in the world. To kick it all off, we got to see potential tournament favorites Damwon Gaming (“DWG”) take on DRX, another contender from the LCK. With every single game meaning so much, here's how the series unfolded! 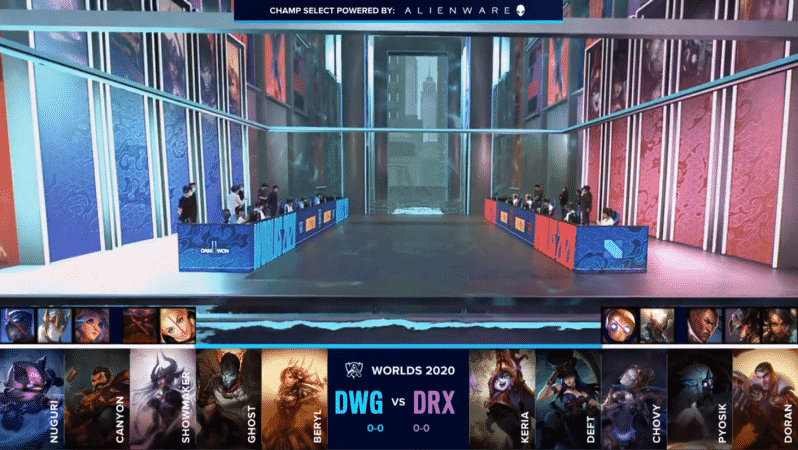 The opening game of the series was an interesting one. It was relatively low action, with only 12 kills coming out by the end of the game, but DWG appeared to always have control despite DRX having a strong early game composition. The first few minutes were quiet, until eight minutes, when the two teams met to fight 5v5 at the Rift Herald. It was an awkward fight but eventually Nuguri got a huge engage with Kennen, stunning all five DRX members and setting his team up to sweep two kills.

To their credit, DRX did manage to pick up a kill in a top lane skirmish but they were largely unable to make any real plays. Meanwhile, DWG was content collecting dragons and knocking down towers to push their lead. Though DRX snuck an Infernal Dragon away from their opponents, they could stop them from securing the Infernal Soul at 28 minutes. Without even getting any kills, right after DWG took this objective, they went straight to Baron and claimed it for free.

This first Baron didn't do lethal damage but did open the map up. As such, DWG decided to wait for the Elder and second Baron to spawn. Fortunately for them, they found a crucial pick onto Pyosik, who died without using his Kindred ultimate. Because of this, DRX had to try to fight 4v5 but ended up giving over three more kills, the Elder and the Baron off the back of the fight. DRX continued to be unable to execute any plays, and as a result, they slowly bled out, losing three Inhibitors, three more kills and finally their Nexus. 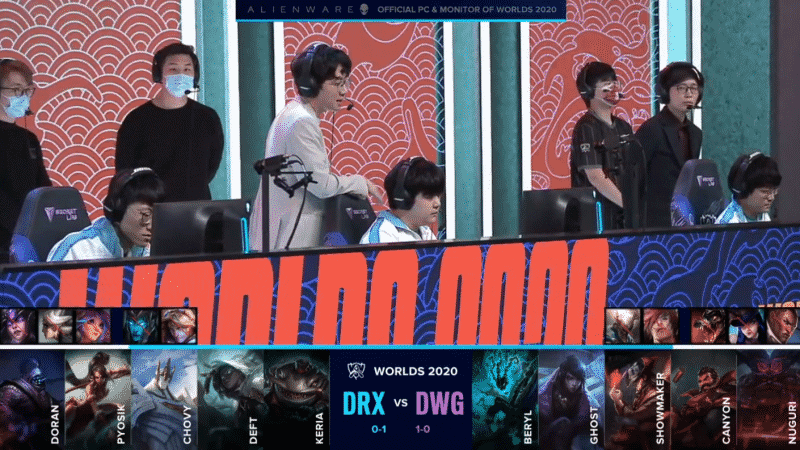 This is a monumental match for both teams but it seemed like just another day at the office for DWG. Though they fell behind early, they picked up another convincing victory in Game Two. That said, DRX did show signs of hope, as at four minutes they sent three members top to kill Nuguri for First Blood. DWG struck back by turning around a skirmish in the bot lane to secure a kill for themselves. But DRX used a previously slain Herald to destroy the First Tower in the top lane.

Of course, DWG was able to trade a Mountain Dragon and bottom tower in trade for that. Because of this, the game was still even. That was until 18 minutes when DWG invaded the DRX red side jungle. DRX collapsed on the play, prompting a full-blown team fight where DRX killed five DWG members while losing only one of their own. Now, for the first time, DRX was in the driver's seat and looked to be in a great position.

Unfortunately, DRX couldn't out-macro DWG to push their lead at all. This gave DWG time to scale and find a winning fight, which was inevitable considering it is DWG. At 27 minutes, DRX tried to force a team fight mid but DWG turned it around on them, killing four from DRX before taking a Baron. This tower allowed them to take all of the towers outside of DRX's base and gain full map control. Though the Baron expired, DWG needed just one last fight to kill two DRX champions then push and end the second game of the series. 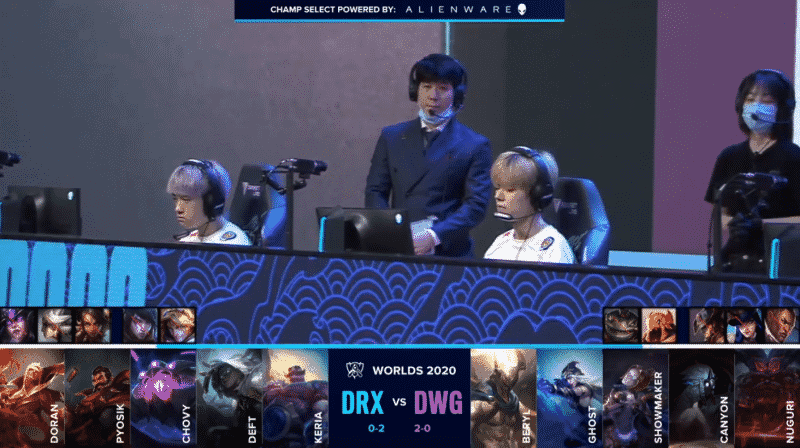 Game Three had a lot more action than the previous two games and was a treat to watch. Pyosik secured First Blood with a bottom lane gank where he killed Ghost while DWG did the dragon. Next, Doran and Nuguri solo killed each other in a funny trade top. There were a lot of trades after that, as DWG picked Pyosik and claimed Herald, then Pyosik ganked top to help Doran kill Nurugi. DRX also picked off BeryL though, leading to an Ocean Dragon and Herald soon after.

But, like before, DRX couldn't compete with the pure skill and genius of DWG. They continued to find picks onto Pyosik and repel DRX advances. However, at 17 minutes, two fights broke out simultaneously, where DRX went up three-for-one in kills overall. This was the only foothold they needed, making great use of the gold to take a second dragon, then move top to pick Doran too. As the cherry on top, DWG won a team fight in the bottom river to secure two kills and a tower.

Then, a spark of hope ignited for DRX. They managed to find a pick and immediately took the chance to go to Baron. Unfortunately for them, they were outplayed by DWG, who engaged another fight to Ace DRX and claim the Baron buff for themselves. After this, it was essentially doomed for DRX. All DWG had to do was force DRX to fight one last time, where DWG killed all five DRX members before pushing into their base to finish DRX's third Nexus and their World's run.