Neon joins Valorant, but the electricity spreads to Summoner’s Rift as well with the arrival of Zeri.

We've known about the newest Marksman champion of League of Legends for quite a few days, but after Riot’s 2022 preview stream, we have everything we need to know about the abilities of the electricifying Zaunite.

Zeri gains a burst of movement speed when she gets shielded. Additionally, if she damages an enemy with a shield, she steals the portion of it’s power, gaining a shield herself.

Passive: Zeri has different autoattack from the rest of the champions. Her autos count as spells, deal magic damage and scale from Ability Power instead of Attack Damage. Moving and casting her first ability charges the passive of her autoattacks, which slow and deal extra damage when fully charged.

Zeri shoots out a burst of electricity, damaging the first enemy hit in its path. If Zeri aims at a wall, a long-range laser will erupt from that point, dealing damage to enemies hit.

Zeri slides a short distance, empowering her next three Burst Fires, making them pierce enemies and damage everything along their path. If she dashes onto terrain, she vaults or hops over it. While on cooldown, Zeri’s abilities and attacks which hit an enemy champion reduce Spark Surge’s cooldown.

Zeri causes an electric surge, damaging enemies in a large area while overloading herself. While overloaded, she gains extra attack speed, movement speed and damage. The duration of the buff resets when she damages an enemy champion, every refresh adding another stack of movement speed to the overload. The buff changes Burst Fires properties as well, speeding it up and reducing the number of bullets to three, while also damaging enemies near the target with a chain lightning. 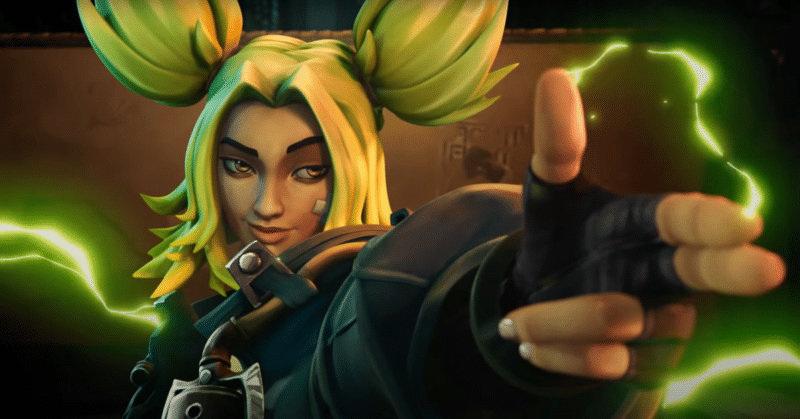 At first glance, Zeri changes up quite a bit about the game. First, the real autoattacks are tied to her Q ability; similarly to how Karthus or Evelynn works. But she also has special attack for her actual autos, which proc item passives and gain more power from AP. This means that theoretically she could be built AP or Hybrid. And some builds like that emerged in the last few weeks on Kai’Sa, Ezreal and Twitch; so the current meta might be perfect for her.

Her E ability is the other one in her kit that's very interesting. It has strong roam potential, which could mean that the Zaunite Marksman could be played in the midlane. Or if her ratios are good enough to clear the jungle, could be taken into that role as well. Zeri won’t join the Rift for the next few weeks, she’s yet to be added to PBE. But according to Riot’s livestream, she will be playable very soon!