LoL Rumor: Perkz Could Be In For Mega Money Move To LCS 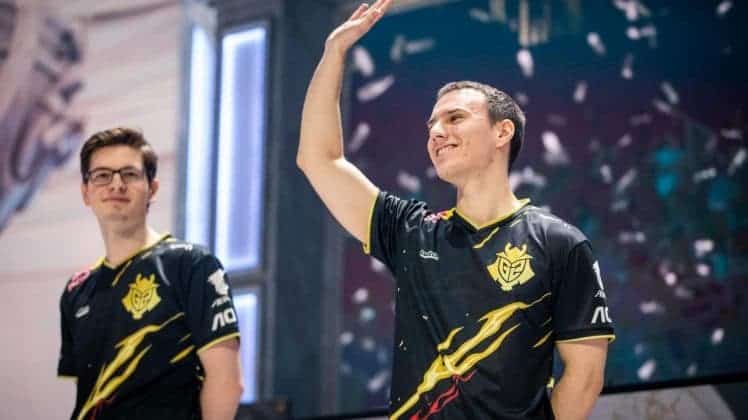 In an off-season full of moves and rumors already, it looks like Luka “Perkz” Perković could be the latest player to leave EU for NA.

With rumors of Perkz looking to go back to mid lane, and Caps already holding that role for G2, a move to a new team was always in the cards. At first, it seemed like a move to Fnatic, who is said to be looking for a new mid laner, seemed like the dream move. It seems now, however, that the LCS could be the new home of Perkz.

As of right now, it seems like six teams are bidding for the services of Perkz — Cloud9, Evil Geniuses, 100 Thieves, TSM, Team Vitality, and Misfits. Cloud9 so far seems to be the most likely destination for Perkz, with a huge salary likely to be a deciding factor. That said, there’s the small matter of Perkz’s $5 million buy-out to get him out of his G2 contract, which could be a huge hurdle. A move to Cloud9 would also see Perkz reunite with his EU LCS duo, Zven, with whom he won three EU LCS titles between 2016–2017.

The Nine-Star General moves on

Perkz has been an amazing player on G2 Esports and has been the team’s one constant through both their dynasty rosters. If Perkz does indeed move to the LCS, it could have a major impact on G2, who will now need to search for a new ADC. Though with a potential $5 million in the bank, that wouldn’t be difficult.

It’s understandable why G2 would stick with Caps in the mid lane, of course. He’s arguably the best player Europe has ever produced and is always in the conversation with regards to the best players in the world. Perkz was a leader at G2, however, and the sort of player that you’d want to join a team to play with. The sort of player that a team could use to bring other players to their roster.

Perkz has also been very consistent in his time in Europe, something the LCS is sorely lacking. If he does leave the LEC, it’s sure to create a vacuum of talent, and will be another in a long line of talented players to leave the European region for greener pastures in North America.