These superstar players will be important for their sides at the 2021 League of Legends World Championship.

The LCS Championship is over and all attention will be turned towards the 2021 League of Legends World Championship. 100 Thieves, Cloud9 and Team Liquid will be representing the LCS at Worlds and ESTNN has power ranked each of their players in their roles. This is to see where each team has overwhelming strengths, giving a teaser of what is to come at Worlds. After a turbulent start to the 2021 LCS summer split, Alphari came back with a vengeance and regained his rightful place as the best top laner in the league. Alphari is the perfect player for Team Liquid and any side in the west would be lucky to have him. He invites so much pressure while dominating his lane opponent with limited resources. Alphari has been one of the key members of this Team Liquid side and should be a key component to their success at Worlds.

From a waste of time to time well spent, Fudge’s turnaround in the LCS this season has been nothing short of brilliance. Fudge will be a key member for Cloud9 at Worlds this year. The youthful talent has already showcased he can hang with the best in the world with monstrous performances at the Mid-Season Invitational. Fudge was rock solid for C9 in the summer playoffs and helped them secure a spot at Worlds.

Ssumday finally achieved his goal of winning a championship in North America. While he may not be the carry player he once was, Ssumday is the real deal. Ssumday and 100 Thieves utilized a strategy that would nullify Team Liquid’s top side to perfection. 100T would often leave Ssumday on champions that require very little resources but also not be bullied in lane. With his teammates being put in the position to carry, a veteran player like Ssumday supporting them bodes well for his side internationally. The comeback story of the year has to go to Closer. Closer came under a lot of criticism for his performances and the pressure was on him to perform for his side. During the LCS Championship, Closer showcased how good he can be, having one of the best Finals performances of all time. Teams at Worlds will for sure be looking to ban out Viego, a champion that Closer has perfected.

Blaber came under heavy fire from the community for his inconsistent performances, both throughout MSI and the Summer Split. However, it cannot be understated how important he was to the turnaround Cloud9 had in making the World Championship. Both statistically and through the eye test, Blaber had a solid playoffs. He was relevant even when losing to TSM and he dominated throughout his series against EG. While he may not be the best jungler in the league at the moment, if C9 is to have success at Worlds, it will be through Blaber.

Regardless of his performance on the Rift, it is great to see Santorin back in a Team Liquid jersey and healthy. Santorin was rock solid for Team Liquid during his return and was a key reason his side got to the final. Statistically speaking, however, Santorin was behind in many significant areas which made it difficult to place him any higher than third going into Worlds. From the middle of the pack to the best mid laner in the league. The story of Abbedagge this season has been truly remarkable. The European mid laner has slotted into 100 Thieves and turned them into championship contenders within the space of a couple of months. Abbedagge grew with confidence, starting out on supportive champions before bursting into life on champions like LeBlanc. It is going to be interesting to see if Abbedagge will be able to hang with the best mid laners in the world. He will not have to wait long to get his opportunity.

Jensen returned to form in style over the course of the LCS Championship. The 2x LCS champion was dominant throughout the tournament, his most impressive showing was in TL’s 3-1 victory over Cloud9 where he bullied Perkz across multiple games. If there is a player Team Liquid will need to rely on on the international stage, it is Jensen. Jensen has proven throughout his career he is able to go toe-to-toe with the best there is. The Danish veteran will need to do it again if TL are to make it out of groups.

Perkz suffered defeat in the playoffs for the first time in many years, as Cloud9 could only reach third place in the LCS Championship. While Cloud9 was able to secure one Championship this season, many, including Perkz, believe they should have achieved more. Perkz had a poor showing at MSI and an inconsistent Summer Split. Perkz did step it up in the playoffs, but it was too little too late for Cloud9. Worlds being in Europe may be the spark that lights the fire for Perkz. Cloud9 will start its campaign in the Play-ins. 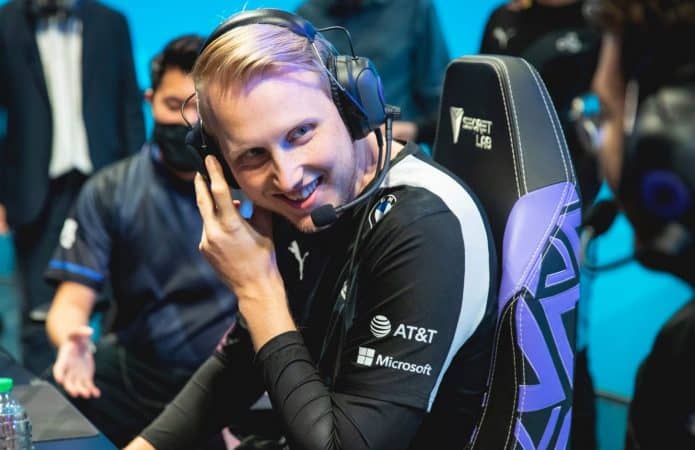 Zven went quietly under the radar this tournament due to his side's shortcomings. Statistically, however, Zven was the best AD Carry in the LCS Championship. Zven went from hating on Varus to it being his most played champion by a country mile. It was a pick that worked relatively well, though when he changed to something out of his comfort zone, that was when Zven truly showcased his talent. In almost every stat Zven had the best performance across the three players on this list and is expected to perform well at Worlds with C9.

FBI has been fantastic since his introduction to the LCS and is neck-and-neck with Zven for the best bottom laner in the LCS. The difference between the two comes down to individual statistics. Both players played a very similar role for their respective teams, Zven simply outshone his counterpart in every major statistic. FBI, along with his duo Huhi, are the best bottom lane in the league right now and it will be fun to see them test themselves against other world-class bottom lanes.

Tactical had a very different LCS Championship to what he is accustomed to. With the newly introduced heavy roaming style from every top tier support, Tactical has often been left to play champions such as Ziggs. Tactical has been great on the mage bottom laner with Team Liquid perfecting this playstyle as the playoffs progressed. Teams will have to respect the Ziggs pick, otherwise, they will get punished. The turnaround of Huhi’s LCS career has been a great story to watch. Huhi and FBI were easily the best bottom lane in the LCS this season and that continued throughout the playoffs. The statistics have showcased the 100T bottom lane prioritized lane dominance as opposed to the roaming style that many other supports have showcased throughout the LCS Championship. Huhi’s role swap to support should be a beacon of hope for LCS players past and present that they have much more to offer the league than they think.

CoreJJ is still a master of the art when it comes to support. On his day, he is arguably the best support in the world and it is not even close. CoreJJ was incredible throughout the playoffs, if it had not been for the collapse in the Final, he would have been first on this list without a doubt. CoreJJ has risen above the players around him, including tough competition such as Vulcan.

Vulcan has gradually been improving since the return of Zven. While he was arguably one of the side’s best players at MSI, Vulcan had a tough time adjusting his playstyle between K1NG and Zven. Cloud9 did a much better job playing around Vulcan in the playoffs, synergizing well with Blaber and Perkz. Vulcan’s wide champion pool makes him a threat at Worlds.