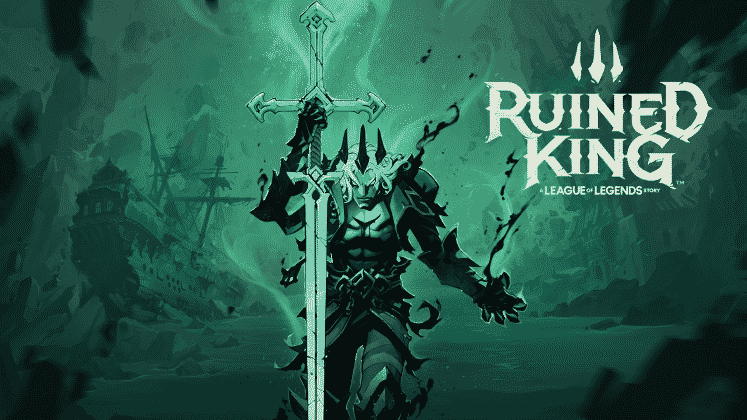 The first champion of 2020 has dropped in the form of Viego, an intimidating jungler with bleach white hair and a fully exposed chest.

With the release of the 2021 Ranked Season trailer, we got our first look at Viego, and it looks like he’s unleashed some hell on the realm of Runeterra. Featuring a now together again Lucian and Senna, Viego shows up and things get ugly, fast. With moments across the realm and a host of champions shown off to boot, the Ruination cinematic is yet more proof that Riot Games is stepping up its cinematic game.

“Viego can temporarily possess enemy champions he helps kill, healing for a portion of their max health. Viego's items, attacks, and non-ultimate abilities become those of his slain enemy's, and he gains a free cast of his own ultimate.”

Certainly, an ability that could have some devastating consequences. Not only gaining the abilities and items of his enemy but a free cast of his ultimate makes this a cocktail for disaster for your team.

Q – Blade of the Ruined King:

“Passive: Viego’s attacks deal a percent of the target's current health as bonus damage. When Viego attacks an enemy he recently hit with an ability, the attack strikes twice. Active: Viego stabs forward with his blade, damaging all enemies hit.”

A fairly standard passive element, though one we’re sure will do some deadly damage with some added attack speed. The active part, however, could be the real kicker if used correctly.

“Viego charges up and then dashes forward, hurling a blast of mist that stuns and damages the first enemy hit. Stun duration and mist range increase with charge time, damage, and dash range don't.”

The W adds a stun and dash to his kit. With a longer stun based on the duration of the charge.

“Viego spreads a wave of Black Mist around a nearby wall. While in the mist, Viego becomes Camouflaged and gains Attack Speed and Movement Speed.”

It looks like the Riot Games graphic team liked the Qiyana ultimate and wish more people used it, so they’ve put it on someone else. While in the mist Viego will be camouflaged and gain attack speed and movement speed.

“Viego discards any bodies he is currently possessing and teleports forward, attacking the enemy champion in range with the lowest percent health and dealing bonus damage based on their missing health. Other enemies in range are knocked away.”

Lastly, we have Viego’s ultimate. Dashing forward to the lowest HP target to finish them off based on their missing HP. Knocking back any other enemies caught in the path.

More bonkers champions on the Rift?

Riot loves a weird champion, and it looks like 2021 is going to continue that trend. We’ve had some odd champions in recent reveals and it looks like Viego is the next one. Viego will be heading to the jungle and he looks set to continue another trend of large male characters flexing their well-chiseled chests.

If Viego is anything to go by, it could be an interesting year of champion reveals and reworks as Riot Games looks to move away from some of the more simple champion designs of old.