It looks like we have one of our first major pre-season changes heading to the PBE in the next week.

Challenges are coming to League of Legends via a new tab on the launcher. LoL has had achievements via the Mastery system for some time now, and it looks like Riot Games is fleshing that feature out more in 2022. These new challenges will work as the current ranked system, starting at Iron and working up to Master, with Grandmaster and Challenger tiers available only to the very best players. 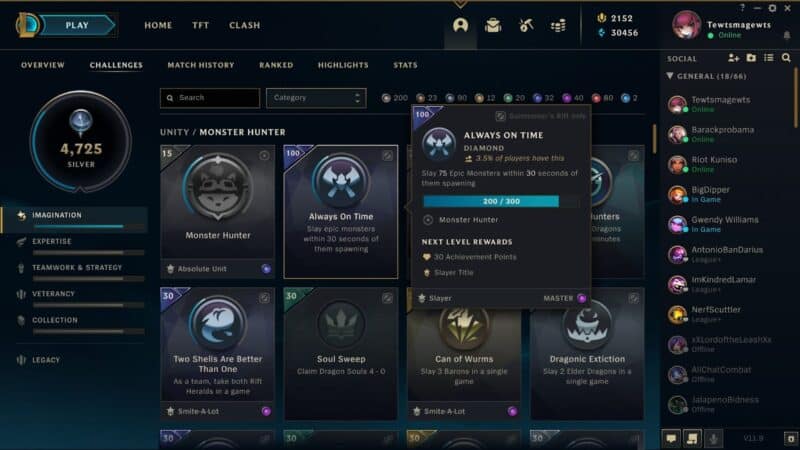 Accessed via a new tab on the profile UI. You’ll be able to check your progress as well as check out other players’ progress. As shown above, you’ll be able to track your progress inside each challenge, with the color in the bottom-right corner showing your rank in that challenge. The five bars beneath your crystal represent the five main categories of challenges. Legacy will be the sixth type of challenge, which will be temporary and center around an event at that specific time.

Below in bold are the five categories, with examples of what types of challenges you’ll find.

Imagination: Modes and innovative plays make this category the home for those who dare to dream

Expertise: Skillfully crushing your opponents is the way to earn big in this category

Teamwork & Strategy: Working together with your team to dominate the Rift is the focus here

Veterancy: Putting up big lifetime numbers in kills, gold earned, and other stats will help boost this bucket

Collection: It's in the name. Collecting cosmetics and engaging in loot fills the bars here

Show off your challenges 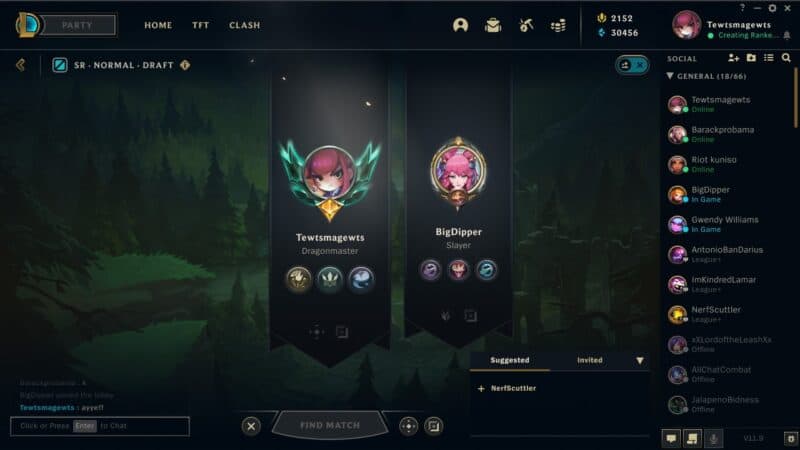 Not only will your challenges be in your profile, but you’ll also be able to show them off. Other players in your lobby will be able to take a look at your highlighted challenges. This will also earn you a title (shown below the summoner name) for earning a certain level in a challenge.

The new visual identity will also show up on the loading screen before a match. Shown below, you’ll be able to see other players' titles (“Dragonmaster”). The loading screen cards will now flip a third time, allowing you to see a player's challenge tokens. 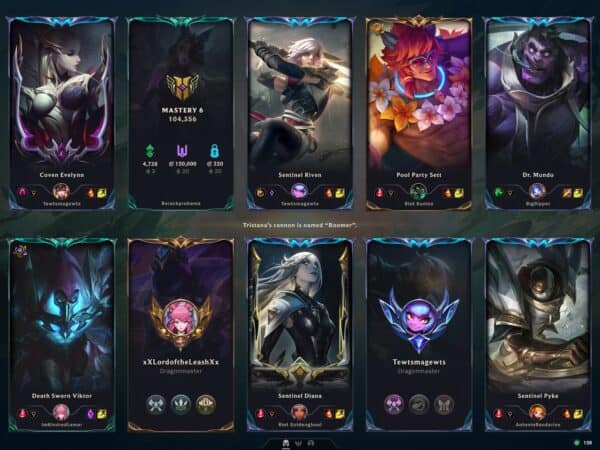 Lastly, Riot has changed the end game screen, adding a new personal progression screen (shown below) as well as redesigning the post-game screen to feature more details. The new progress page still shows all the same information as it does now, including Ranked progress, Champion mastery, and Summoner level. However, the new additions are the token progress and Externals progress. 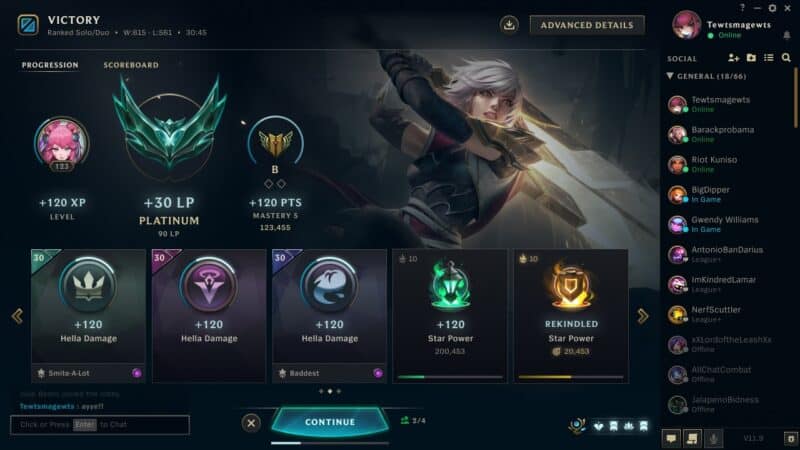 The challenges update will be on the PBE for a “few months”, to ensure adequate testing is done. The new Ranked Crests and pre-game lobby are expected to go live in patch 12.1 alongside the new season. A full launch is expected shortly after.