The final Round 2 series in the LEC Playoffs took place between MAD Lions and Rogue.

With both sides locked in for worlds 2020, the victor of this series will head directly to worlds, while the loser heads to play-in. The series victor will then head to next week's Semi-Final series against G2 Esports. Below is our recap of the series between MAD Lions ("MAD") and Rogue ("RGE"). 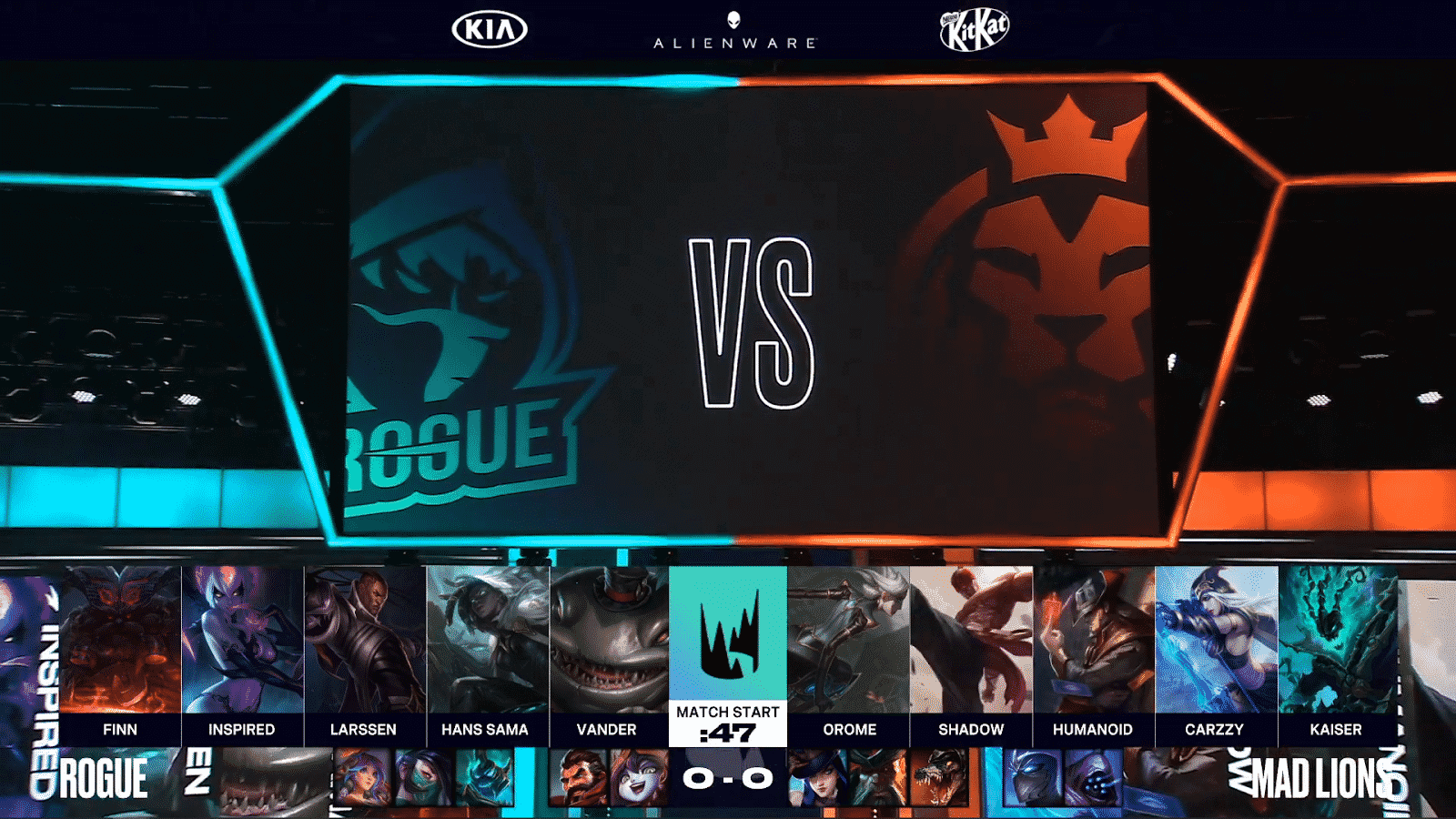 RGE takes a dominant game one in the series as they swept aside MAD. First blood goes to RGE as Shad0w tries to invade the MAD jungle but is chased out by Inspired. He looks to have gotten away but Larssen flashes to claim the kill. Early game snowballs toward RGE as they pick up three early kills and managed to claim a 2k lead.

By the 19th minute, RGE had managed to pull ahead by over 4k gold. MAD takes a 5v4 fight to try to claw back some of the gold deficit. The fight goes wrong from the first engage as MAD are easily able to flip the odds and win from a numbers disadvantage. RGE then make a play on the reset top side as Baron spawns. They take the fight and move onto Baron, while Shad0w is bot side pushing with Rift Herald. RGE found themselves just shy of 10k ahead at 23 minutes.

With Baron buff ticking away RGE slowly push down the MAD base. MAD is unable to stop the push with Orome joining the fight late RGE destroy MAD as they look to make a clear statement. 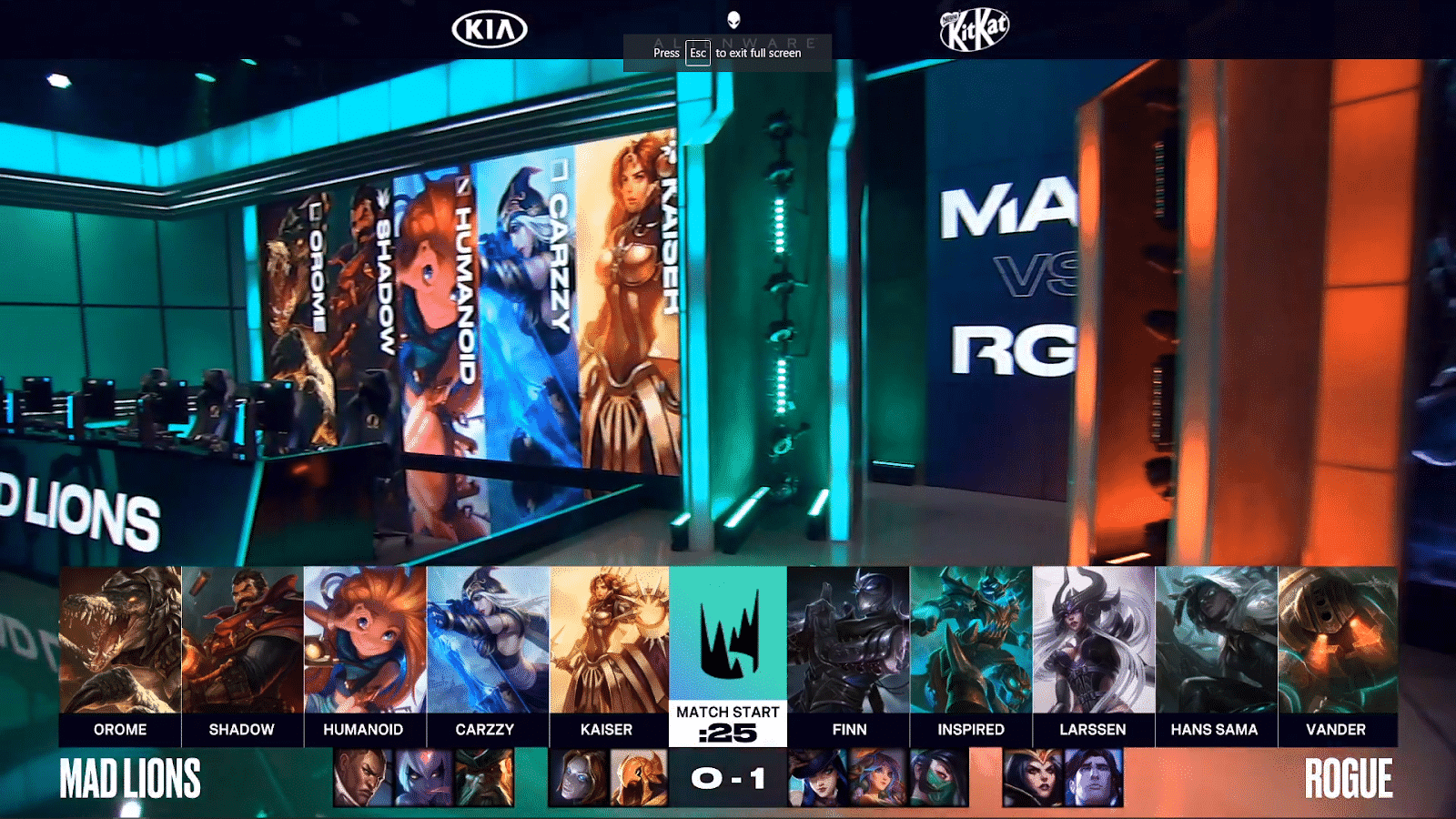 RGE plays the long game as they outplay MAD to secure vane two. First blood goes to MAD as Humanoid TPs in behind the RGE bot lane and picks up a kill, with Rage using three summoner spells. RGE quickly managed to reply after Larssen was caught out. They follow it up with another kill and a drake, though at the 11th-minute gold is still even.

MAD drops a Rift Herald bot side but RGE engages on the play and destroys three members of MAD. While the gold remains even, RGE is able to nullify the MAD Rift Herald. The 22nd-minute drake saw the next big action happen. MAD go for the 50/50 steal but Inspired claimed it as RGE secure another kill as they moved onto the soul point. MAD maintain a 2k lead, though most of this is the top lane gold difference.

With soul spawning, RGE forced the fight as they look to prepare. They win the fight but Inspired is dead. Shad0w is able to steal the drake away as RGE fails to get the soul drake. RGE move for Baron, as MAD tries to stop them they drop too many members as RGE secure the buff. With the buff on hand, RGE secure game two as they look to stamp their authority on the series. 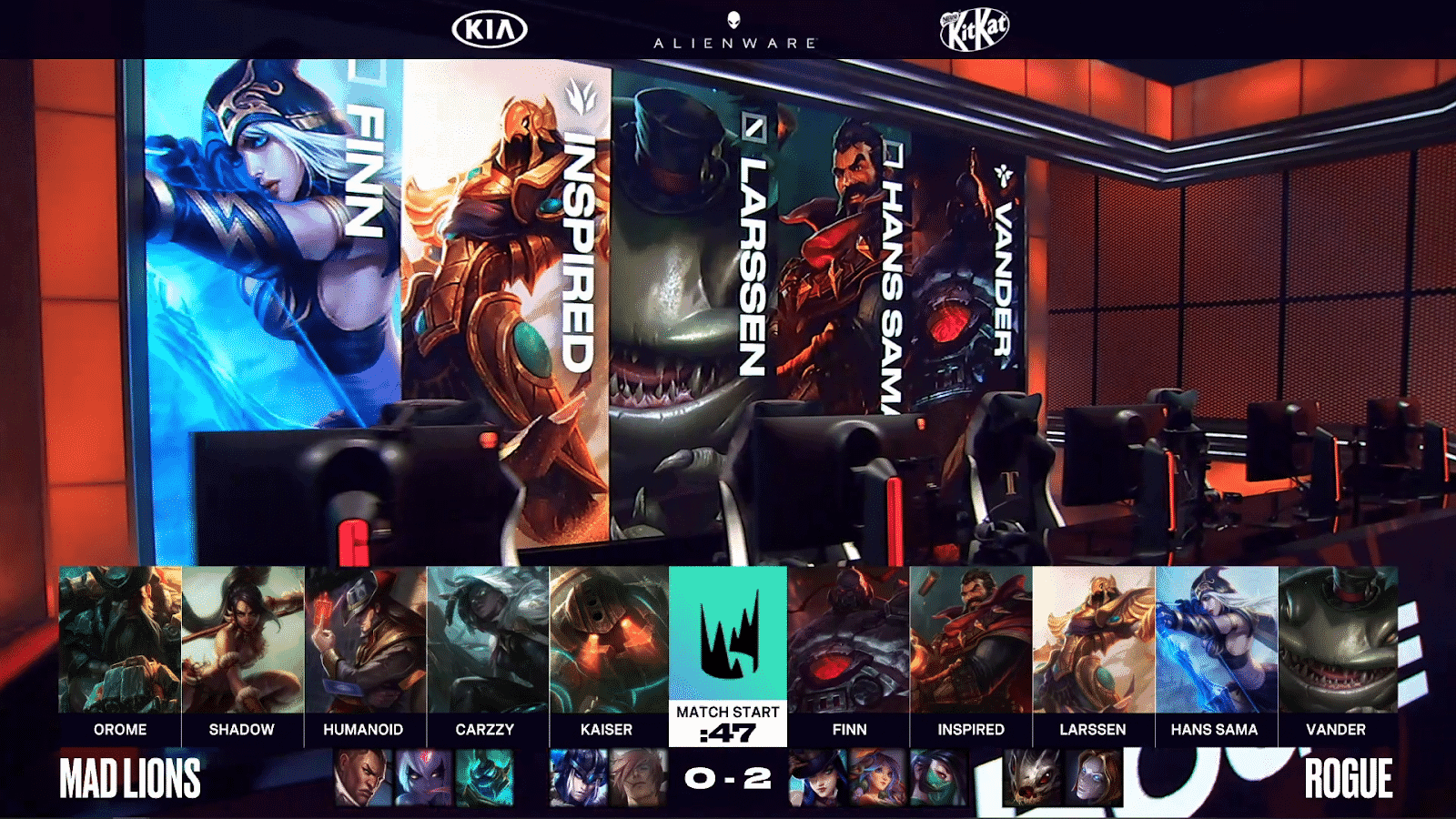 RGE takes the 3-0 win in the series, putting to bed a lot of doubts anyone had about them going into the series. First blood goes to RGE as both junglers head top side and its Inspired who manages to grab first blood. MAD reply quickly in the mid lane and then move top to pick up a second. But things go south for MAD as Shad0w is executed by the drake. Upon respawning, he headed towards his blue buff but RGE is waiting and he falls again.

Game three goes by much faster than the last game. RGE refused to let up their pressure as they constantly suffocate MAD. At 14 minutes, RGE are 3k ahead and has already managed to open the mid lane. RGE makes a slightly rushed Baron attempt as it spawns but MAD sniffs it out. Killing Finn immediately, but as they chase down RGE Shad0w goes in too deep and gets killed. RGE is then able to get a kill in bot lane, while MAD claim soul point.

It's again Shad0w that gets caught out as he falls. RGE claims Baron and takes down Humanoid as they begin to close out the game. RGE force the fight at the soul drake and take down two members of MAD as they knock down the mid lane inhibitor. MAD tp behind RGE in the second fight for drake. RGE pick up the drake and deny soul, with Shad0w jumping in for the steal but missing out. RGE moves to take their second Baron of the game.

With RGE pushing the MAD base, MAD makes one final play to try to stop them. They chased RGE through the top lane with Twisted Fate flanking they pulled the trigger. Larssen, however, has other plans as he proves why he was voted the All-Pro mid laner of the split as his Azir ultimate destroys MAD as RGE claim the win, and move into the Semi-Finals.