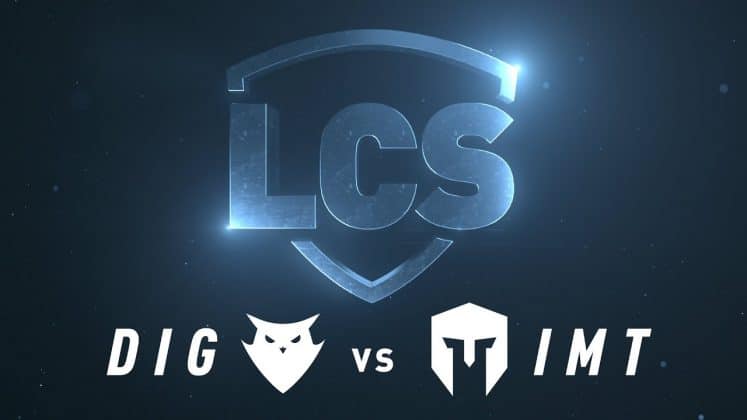 Recapping the LCS Championship series between IMT and DIG.

It was a battle between Immortals and Dignitas in the LCS Championship Lower Bracket. For both of these sides, it was their one and only chance to make it to the next round. Who came out on top? 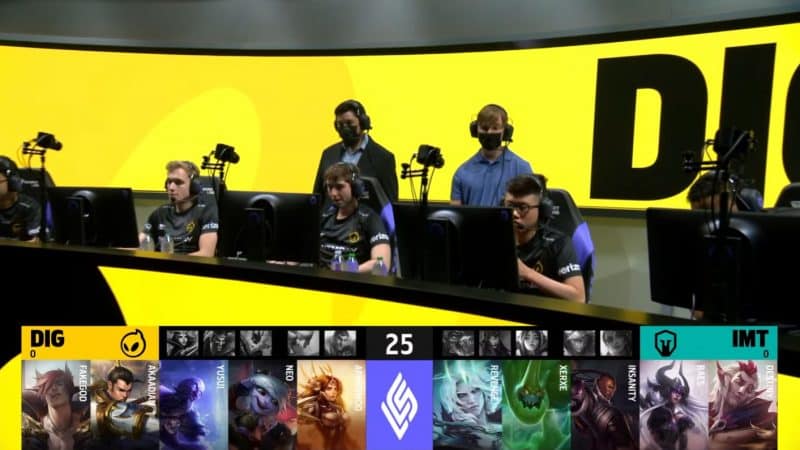 As always in the first game of a best-of-five, the gameplay was extremely slow. Within the first fifteen minutes of the game, there had only been one kill, which went to Dignitas. Immortals did trade a drake on the bottom side, given it was an Ocean Drake some would consider that a win based on the stats it gives.

Where Immortals was controlling the game well was in the neutral objectives department. Come the mid-game, they had secured two dragons while also keeping the deficit below 1k gold, which is a decent trade to make. It was even better for IMT considering the Soul was Infernal, this meant Dignitas would be foolish to give away any Infernal Dragon to IMT. 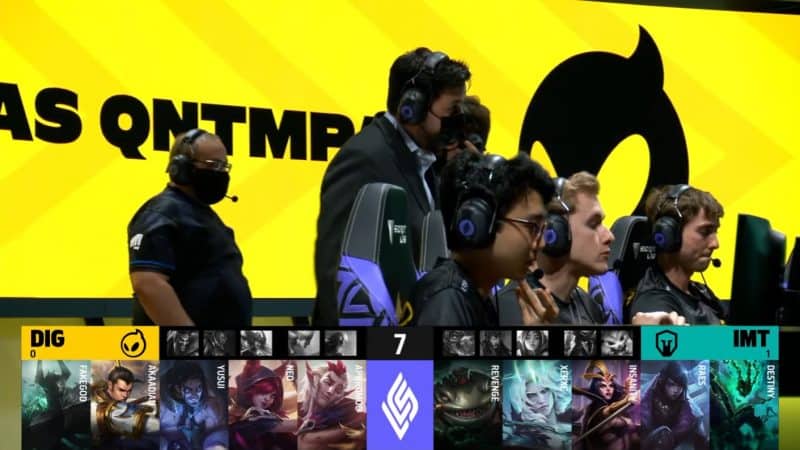 This game was an extremely quick one for Immortals. It was men against boys as Immortals put Dignitas to the sword to move 2-0 up in this series. After already leading through winning lanes, Insanity got his team further ahead around the five-minute mark. The IMT mid laner Teleported into a weakened DIG bottom lane to secure his team not only First Blood but the Ocean Drake on top of it.

Immortals was still having solid neutral objective control this game with two early dragons. Having the dragon advantage when the team was already winning seemed to be a nail in the coffin for Dignitas. They simply had no reply to Immortals in what was a very basic game. Come the fifteen-minute mark, Immortals had just under a 5k gold lead. This game was all but over and Immortals knew that.

It wasn’t very long after that when Immortals had secured the Baron, signaling the end was in sight for Dignitas in Game Two. Dignitas attempted to claw back with some sneaky team fight attempts, but frankly, they were too far behind in this game for it to make a difference. Immortals closed the game out quickly, giving them a 2-0 lead. 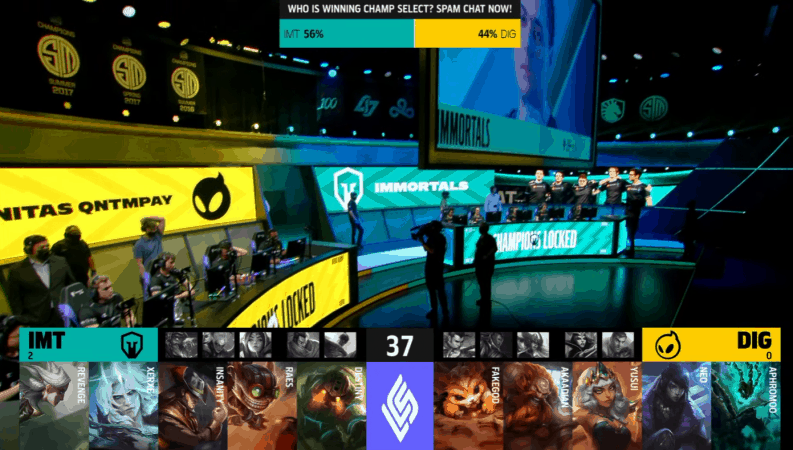 Despite Game Two being a stomp from the side of Immortals, Dignitas came out swinging in Game Three to give the series some much-needed life. In the opening few minutes, an insane fight broke out in the bottom lane. As both teams scrambled to defend their teammates, it was Dignitas who walked away the happiest, picking up multiple kills. This was the best start Dignitas had in the entire series. Sadly for them, this did not last long. Immortals were able to pick up a kill in both the bottom lane and the mid lane to give them the gold lead.

Where Immortals was most comfortable this game was in the bottom lane. IMT did a great job making sure Neo and Aphromoo never came online. This was the strongest area arguably for Dignitas, which is why the series was so one-sided. That being said, Dignitas did a much better job this game making sure they were contesting the dragons. In fact, come the 25 minute mark, Dignitas for the first time this series had more than one dragon as they led 2-1.

The game stagnated for a while, Dignitas was able to pick up their third drake. However, Immortals was able to apply pressure in the side lanes to boost the gold lead to over 4k. The game was decided on a last-ditch effort by Dignitas. As they saw IMT posturing away from the Baron, Dignitas decided to start it. The play started off well for DIG as they picked off Insanity. Unfortunately for DIG, this is where it fell apart, Xerxe was able to use his ultimate over the wall to steal the Baron. IMT won the fight despite being a man down. Following the fight, Immortals pushed down mid to secure the victory and the 3-0 sweep.