Cloud9 faced off against Gen.G for a final spot in the semifinals of Worlds 2021.

North America’s last hope Cloud9 took on Korean team Gen.G for a spot in the Worlds Semifinals today. Perkz had a huge challenge on his hands to keep NA in the race, however, Gen.G will be looking to be the third Korean team to qualify into the Semifinals. Here is a breakdown of the entire series between the two underdog teams of the Knockout Stages! 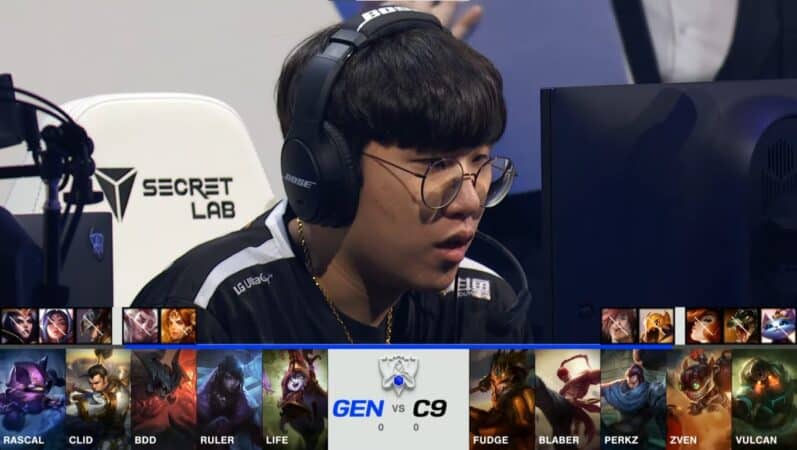 The first match of the series saw some very unconventional picks and it surely set the unpredictable mood for the series. GEN started the killing spree by picking Vulcan in the bottom lane. Meanwhile, C9 got one solo kill in top lane for Fudge. Next, C9 tried to set up a dive onto the Kennen, however, GEN was quick to respond and traded the death of their top laner, as well as secured another three kills to start the game off with a strong lead. C9 secured the first dragon of the match and got a few spare kills during the transition to the mid game.

C9 slowly crawled back into the game as they secured some more kills to equalize the kill difference with GEN.G. However, C9 kept on taking objectives after objectives as they had three dragons to match GEN’s one single dragon. During the mid game, there were a lot of skirmishes as the match’s tempo started shifting from one side to another, while both the teams just took objectives and looked to outscale each other. C9 secured the Cloud Soul butGen.G looked strong on the top side as they managed to snag two Barons after losing the first Baron of the match to C9.

With continuous Baron buffs to push waves into the C9 base, it made it very easy for GEN to rush the Elder Dragon. Thanks to Clid’s timely Smites, GEN secured the prized objective once again. After getting the Elder Dragon they pushed through the mid lane, broke down turrets and got some kills in the base as C9 fought them against all the odds but to no avail. As the Nexus fell, C9 lost the first match of the series. 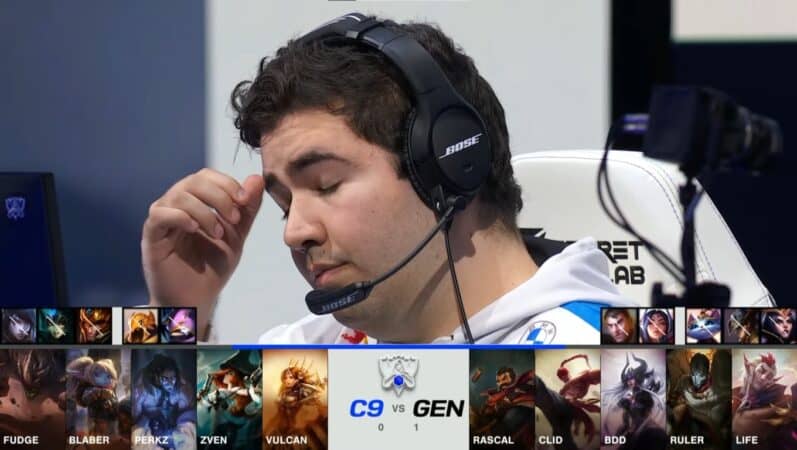 After a long first match, the second match of the series was a rather one-sided affair. GEN improved on their mistakes from last game and got a First Blood onto Perkz in the mid lane, with Clid helping give BDD a perfect matchup into the Sylas. After that, a dive into the top lane secured another kill for GEN and a repeat gank onto Perkz put GEN in a commanding position. The Korean side secured the first dragon of the match and Perkz got caught again in the river. GEN was off to a roaring start.

C9 secured the Rift Herald and used it in the mid lane to give lane priority back to Perkz. However, Blaber was overextended a bit, which resulted in yet another kill for GEN. Now, C9 was really losing control of the match, so they tried to stack in the bottom lane to secure some kills. Unfortunately for them, GEN was quick to respond and C9 ended up having the bad side of the trade as they gave more kills to the Korean side.

GEN secured their third dragon of the match while C9 desperately tried to look for picks. They did eventually get one but the Korean side, with their Teleport advantage, swiftly responded to the C9 dives and nullified their aggression to stream past them in all the team fights. C9 got a few kills for Perkz but their deficit was way too much. GEN put the final nail in the coffin by securing the Baron and pushing the mid lane to crack open the Nexus. 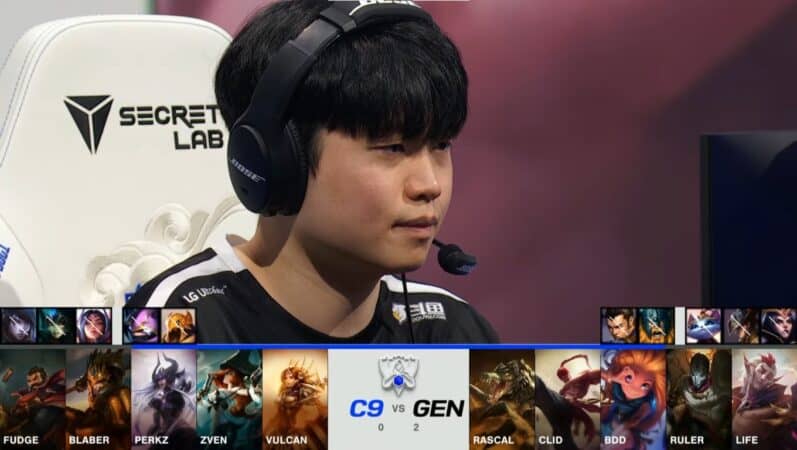 This was a do-or-die match for C9 as GEN.G looked confident to end North America’s hopes for another year at Worlds. The match started off slowly, with GEN looking to start killing Perkz from the start. However, C9 cleverly accessed the situation and punished Zoe as she was a bit overextended in the lane. GEN made a counter play to set up a dive in the top lane and get a kill for themselves in response. After that, C9 chased Zoe in the river while rotating and caught her to get two kills and leave unscathed in a team fight to get a much-needed gold lead.

GEN responded well to C9’s aggression, as they punished their next moves in the mid and bot lane to secure some kills to their name. They secured the first dragon of the match too, then they found multiple of good team fights in the mid game to gain a small lead. While C9 was getting advantages, GEN kept on farming dragons and buying time. Due to this, and despite C9's lead, they never fell out of contention. Especially when they finally secured the Soul.

C9 tried their best to hold onto the team fights and kept on trading kills. However, BDD’s bubbles always kept on finding their targets. As a result, C9 ended up getting outplayed and couldn’t do much as GEN, powered by the Mountain Soul and late game scaling, barged through the mid lane to win the game and secure the series.

Next, Gen.G will face LPL champions Edward Gaming in the Worlds 2021 Semifinals.