With just weeks until Worlds 2020, we now know what teams will be in what groups for the upcoming event.

First up is the Play-ins stage, which takes place between September 25-30. This stage is made up of two groups of five teams. Each of these groups will play a single round-robin cycle. First-place teams will be advancing to the Group Stage, with the last-place teams being eliminated.

You can see the full Play-ins stage draw below: 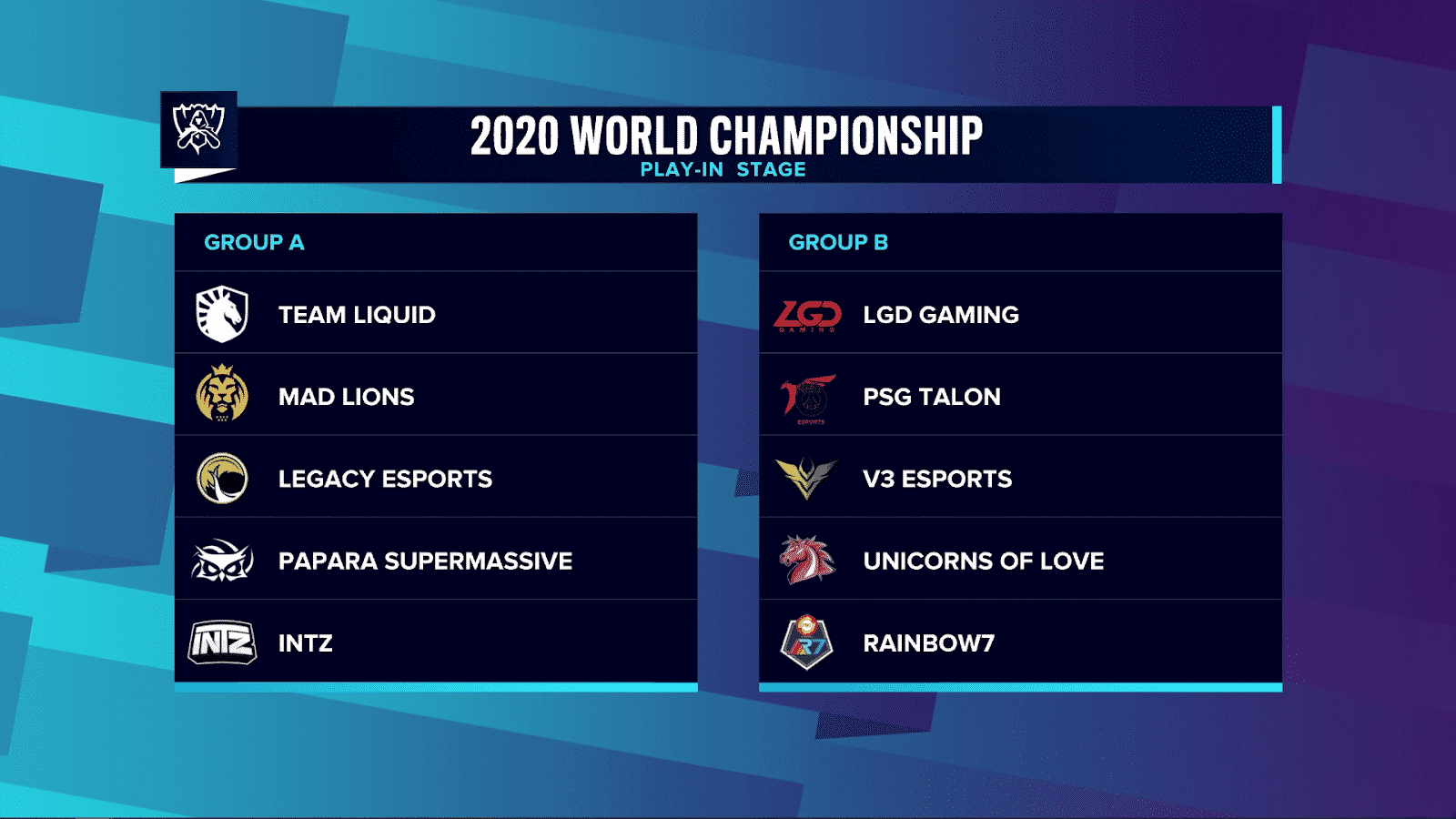 Next up is the Group Stage. Taking place between October 3-6 & 8-11. This stage will see 16 teams drawn into four groups. 12 of these sides have come directly from regional leagues, with the remaining four from the above Play-ins. Each group plays a double round-robin, best-of-one series. The two highest-ranked teams from each group will move on to the final leg of the tournament, the Knockout Stage.

The full Group Stage can be found below:

Once the Group Stage is out the way, teams move on to the Knockout Stage (Oct 15-18), Quarterfinals (Oct 24-25), Semifinals and Grand Final (Oct 31). The top two placed teams in each group will advance to this stage as matches move from best-of-one to best-of-five. Each matchup in rounds after the Group Stage will be decided by an on-stage draw, with 1st place sides drawn against 2nd place sides.

From Play-ins we started off with a spicy EU v NA matchup right off the bat. With Team Liquid being drawn against the rookie LEC side MAD Lions. Team Liquid wouldn’t have expected themselves in this stage after a strong year Summer Split, and MAD Lions might not be the side they wanted to play against. Crucially for the EU and NA sides is they don’t draw the LPL side LGD, though they will have to play them if any of them don’t finish their group first.

UOL will also be a top pick to watch during Play-ins, having only lost two games in their own region. They will face off against LGD and it will be a great test for them. UOL could also easily take on any side from Group A, meaning for TL and MAD, they won’t want to finish in a position that could face them off against UOL.

G2 got off to a tricky start with LPL 3rd place side Suning Gaming. Though it’s worth noting the seed 2 sides are never going to be easy, though LEC 1st place v LPL 3rd place should be ok for G2. The group was rounded out by Machi Esports.

TSM and Fnatic started off drawn together. While it removes the possibility of the hyped-up TSM v Rogue matchup, TSM v Fnatic will see NA 1st seed face off against EU’s 2nd seed. Group C is rounded out by LCK 3rd place side Gen.G, which makes for a spicy group. It also means that assuming LGD qualify Group C is the only group they can qualify for. Meaning we will see an LCS, LEC, LCK and LPL group.

Rogue gets given a near-impossible group as they draw off against DAMWON and JDG. Though you can’t win Worlds without beating the best, Rogue will just have to do it a lot sooner than many other sides.

FlyQuest found themselves drawn into Group D, which looks like it will be a rough ride alongside Top Esports and DRX. FlyQuest is still a good side, and maybe in a best-of-one format, they can grab a surprise.