G2 Esports ran out of steam by the end of the 2022 season, so they brought in some new talent in order to get their throne back.

The 2023 LEC Season Kicks Off today with the clash of Team Legacy and Team Dynasty, but the LEC Winter Split doesn’t begin until next Saturday – so we still have some time to talk about the new lineups of the LEC Teams. This time around, we will take a look at G2 Esports, who kept the best parts of last year – but said goodbye to a long-time fan favorite.

The Topfather returns for 2023 – obviously. What good is an organization without its Godfather-like player? Jokes aside, BrokenBlade proved time and time again that he belongs in the squad, not just in playstyle and skill, but in his approach to the game and to competitions. The German-Turkish toplaner played for TSM, won the 2020 Summer LCS Playoffs, then joined Schalke 04’s LEC-team, and achieved the fabled “Schalke miracle-run” back in the 2021 Spring Split. After these incredible feats, he went on to join G2 Esports, then won the 2022 LEC Spring Split. Becoming a Champion is two regions – a fact not many professional League of Legends players can say about themselves. BrokenBlade and G2 finished in the top 4 of the MSI last year, then had a great run in Summer, but ultimately failed to leave their mark upon Worlds 2022. 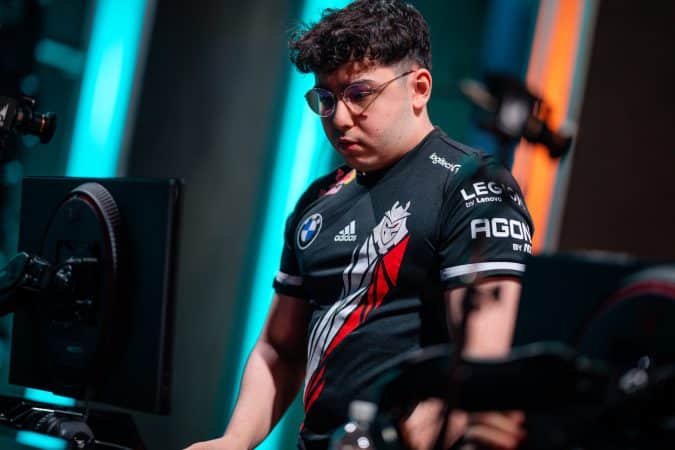 In the last 2 years, BrokenBlade became one of the best toplaners of the European Championship, and will definitely continue to be in the EMEA-era as well. While he played Ornn and Gwen the most last year, his most known for his iconic picks such as Yone, Tryndamere and Akshan – and we even saw his renowned Riven at MSI last year. G2 made the right call by keeping him, as he was one of the highlights of the 2022 squad.

After letting Marcin “Jankos” Jankowski go at the end of 2022, G2 Esports signed up-and-coming player Yike from the LFL. The Swedish-Peruvian player has played in the Nordic leagues at the start of his career, competing under the banners of teams such as Hybrid Esports, UniQ Esports Club, and Domino Esports. He played in the Italian PG Nationals for Samsung Morningstars, where he and his teammates got 3rd place in the 2021 Spring Playoffs. He then went on to play for Team Oplon in the LFL Division 2, and after winning the 2021 Summer Season, they qualified for the LFL. Yike didn’t stay with Oplon, though, as he got an offer he couldn’t refuse from LDLC OL. They won both Spring and Summer Seasons in the LFL, and made it to the Finals of the first EU Masters of last year.

Now he took G2’s offer – with some help of the team’s new support. The 22-year-old was extremely effective on picks such as Viego, Xin Zhao and Wukong last year, but he played Champions like Kha’Zix, Bel’Veth and Qiyana. This means that while he can follow the meta with utility junglers, he likes his carries, and if given space, he can really make them work – and if Viego stays in the meta, Yike and G2 can get the best of both worlds.

The only player who stayed with the team from the Golden Age of G2 to now, Caps will continue to lead his teammates this year as well. Starting out with Fnatic back in 2017, the player was dubbed “Baby Faker” because of his mechanical skills. He won the EU LCS two times with the black-and-orange squad, then made it to the finals of the 2018 Worlds. His transition from Fnatic to G2 Esports caused quite an uproar in the community, as Fnatic felt they were robbed of their best player – and rightfully so. Caps has won nearly everything with G2 Esports, making it to the Worlds Finals two years in a row and getting an LEC Title five times since he joined – not to mention winning MSI 2019, where he and the rest of old G2 beat Team Liquid 3-0.

While Caps has become more laid back in the past few seasons, he still is one of the best midlaners of Europe, and among the best on the planet, giving a hard time even to the Eastern midlaners. While he doesn’t carry as often as he did, he can still take up the role of the hero for the team. He played 15 games with Ahri and 11 with Sylas, showing masterclass on the picks, being nearly uncatchable with the 9 Tailed Fox, and providing some of the most memorable plays of the year. As long as he plays, G2 will be happy to have him onboard.

Hans sama has returned from North America to play in the LEC once again after the failure of the Team Liquid superteam. The French ADC played for Misfits Gaming for a huge part of his career, but besides a few highlights – such as almost knocking Lee “Faker” Sang-hyeok and SKT T1 from the 2017 World Champinship – they weren’t the most successful squad. Other than coming in second in the 2017 EU LCS Playoffs, they finished middle of the pack at best, and 9th place at worst. Everything changed when he joined Rogue back in 2020. While initially, he and his team finished 5th in the Spring Playoffs, they won the Regular Season in Summer and got 3rd place in the Playoffs. In 2021, they were one of the most successful team in the region – but they never managed to get that European Championship title. His time with Team Liquid started out great with a 1st place Spring 2022 finish, but TL failed to qualify for MSI, then got 4th place in the Summer Championship, so they missed Worlds as well. 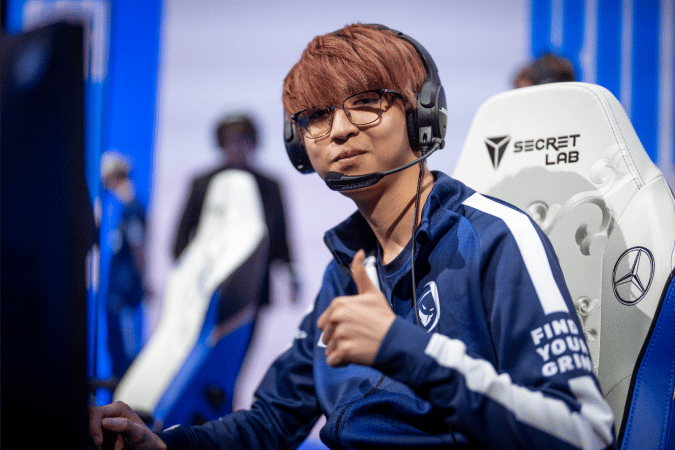 Now Hans sama has a chance at redemption with a team that seems worthy of his skills. Dubbed Frenchie in the announcement video, his Jinx is a force of nature, such as his Sivir and Ezreal. While he feels more comfortable on hypercarry-style Champions, he has an impressive record with Lucian as well – hopefully, he can return to the Rogue days in terms of performance.

The lost son has returned home to join Caps and his new teammates once more. Mikyx has spent the last year with Excel Esports after he initially didn’t find a team for the Spring Split. However, signing Mikyx was a great decision by the British squad, as the Slovenian helped the team break their Playoff-curse. Before Excel Esports, Mikyx played for Splyce, with whom he made Worlds for the first time back in 2016. After Spylce, he joined Misfits Gaming, playing alongside Hans sama, but couldn’t replicate his success. He joined G2 when the EU LCS rebranded az LEC, and won 4 consecutive European titles, an MSI, and got into the Finals of his second-ever Worlds alongside Caps. After G2 failed to qualify to the World Championship in 2021, he had to leave the team, but it seems like he found his way back. 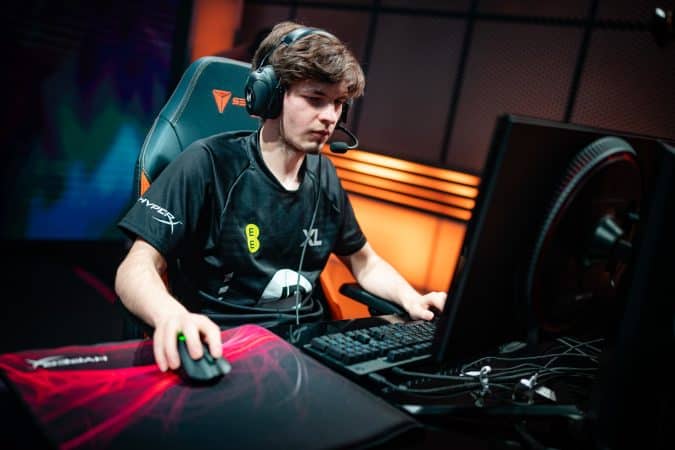 Mikyx is a pro on enchanters, his most played Champions being Yuumi and Lulu last year, but he had some great performances on Rakan as Thresh as well. This should come in handy now that he’s on the side of Hans again, as the two could work wonders on the botlane.

G2 Esports had to change up some things after the failure of last year’s Worlds. While Victor “Flakked” Lirola and Raphael “Targamas” Crabbé worked out well in the LEC, internationally they weren’t as confident. While they were new players, a name like G2 Esports can’t afford to help two new talents grow – but maybe Yike can live up to the expectations. Overall, the new G2 looks great with a solid foundation in Caps and BrokenBlade, so we expect them to be one of the top 3 teams of the 2023 LEC Season.

Catch G2 Esports and the rest of the teams next Saturday, when the LEC Winter Split begins – and if you missed it, read ESTNN’s recaps of all the LEC (and LCS) matches!