Team BDS has only kept one player from their previous iteration, which was one of the wiser decisions they made.

Schalke 04 has left the LEC after the 2021 Season, after the Schalke football team got knocked out of the Bundesliga. Swiss organization Team BDS bought their place last year, but so far, they can’t really show anything for it, as the team got 9th place in Spring and 10th in Summer. Before the 2023 Season, however, BDS made four changes to their roster, and the new team seems much better than the previous one.

The next chapter of the Adam-saga is here, as the young French will return to the main squad of Team BDS. The 21-year-old has made a name for himself back in the 2021 LFL Spring Split, when he won everything with Karmine Corp, including that year’s EU Masters Spring. After the stellar performance, he was signed by Fnatic and got second place in the LEC Summer Playoffs. The team made Worlds, but due to some personal issues of Elias “Upset” Lipp, they got knocked out after the Group Stage. While the details are not exactly clear, Adam was booted after Worlds 2021. He joined BDS before the start of the 2022 Spring Split, but after a 9th place finish, Adam got demoted to the Academy team. He proved himself in the LFL, getting second place in the Summer Playoffs of the French league as well as last year’s Summer EU Masters. 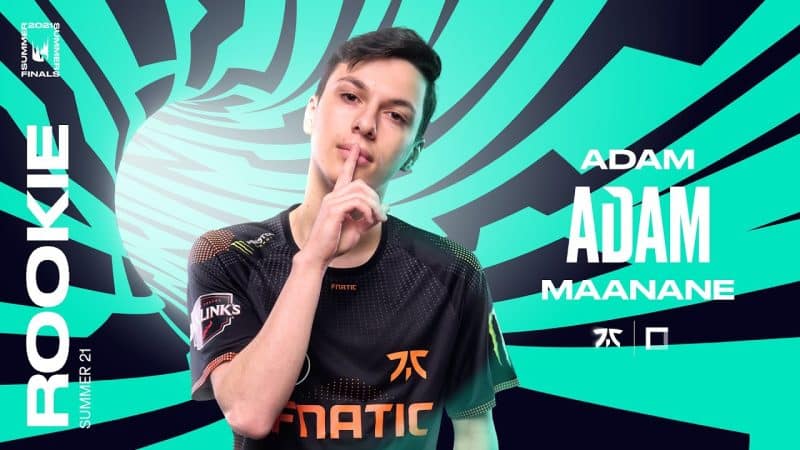 He is still the prodigy he was with Fnatic, playing picks such as Darius and Olaf to an incredible level. While he likes his strange, solo queue picks, his most-played Champion was Gnar last year, and his most successful was the dreaded Aatrox. Adam can play weakside and frontline for his team in fights, but he thrives when he gets attention, and can lead the charge against his opponents. Hopefully, his second time in the LEC works out better than the first.

Team BDS has promoted their Academy jungler to the main roster alongside Adam as well. Sheo has been playing for the Swiss team since the end of 2021, helping them achieve their 2nd place finishes in the LFL. Before BDS, he played for teams such as LDLC OL and SK Gaming Prime, finishing 3rd in the 2020 LFL Finals, and in the top 6 of the Prime League Pro Division 2021 Winter Cup. However, he spent a huge chunk of his career with TPAA in the LFL Division 2.

Sheo really came to his own this last year. He likes playmakers such as Lee Sin, Xin Zhao and Volibear, with whom he can set up favorable situations for his teammates. While he played farming junglers like Diana and Viego, he didn’t find much success on them – but he’s a great player for getting his laners ahead, while not getting behind at the same time, as he was ahead in CS at 15 minutes in 56% of his matches in 2022 according to statistics site Games of Legends. While he still has to prove himself, he has synergy with his team as shown in the LFL last year.

The only player who remained from the last squad is nuc, previously known as NUCLEARINT. The 20-year-old was the highlight of the not-so-successful Team BDS of 2022, having some stellar performances last year. Nuc played for teams such as Kameto Corp (the predecessor of Karmine Corp) and Flayn eSports before joining the Schalke 04 Evolution in 2020. After finishing third in the 2021 Prime League Spring Playoffs, they qualified for the EU Masters Main event, but failed to get out of their Group. Nuc had to step up after Felix “Abbedagge” Braun left the team to play in the LCS for 100 Thieves, and while Schalke 04 finished 10th, he did his best. After the German club sold it’s LEC spot, he stayed with BDS, and after a 9th and 10th place, he still looks to make a name for the organization.

Nuc played 18 different Champions last year, which means he has a deep pool of characters – but he hasn’t been very consistent. He had some outstanding performances with picks like Ahri and the unusual Kog’Maw mid, but failing to stick with one style has put him in a hard spot. Hopefully, he and his coach can make up their mind for the 2023 season, and we will see a nuc that is living up to the expectations of fans and teammates alike.

Adam is not the only returning player, as veteran ADC Crownie – otherwise known as Crownshot will join the LEC once again, but now on the side of Team BDS. The Slovenian has played for a handful of teams since his career began back in 2014, such as Team-LDLC, MAD Lions, SK Gaming and SK Gaming Prime and most notably, Team Vitality. He had a brief period as a streamer with Gen.G, but ultimately decided to join Team Vitality and play in the strongest league in Europe. He won some smaller titles with LDLC and dominated the Spanish League with MAD Lions, winning the 2018 Spring and Summer Playoffs, then getting top 4 in that season’s Spring EU Masters, while managing to win the Summer Event. After that, teams had lined up to sign the ADC, but he decided in favor of SK Gaming. In his first year of the LEC, he and his team managed to get into the Playoffs, but couldn’t get past Splyce in the first round. SK got 5th place in 2021 Summer, but finished last place yet again in the Playoffs. His stint with Vitality started out horribly with a 5-13 record and a 10th place. While the team somewhat recovered in Summer, Vitality didn’t want to keep Crownie. He returned to the ERL’s, playing for BDS Academy and getting a number of 2nd places in the LFL, but now, it’s time for the LEC again. 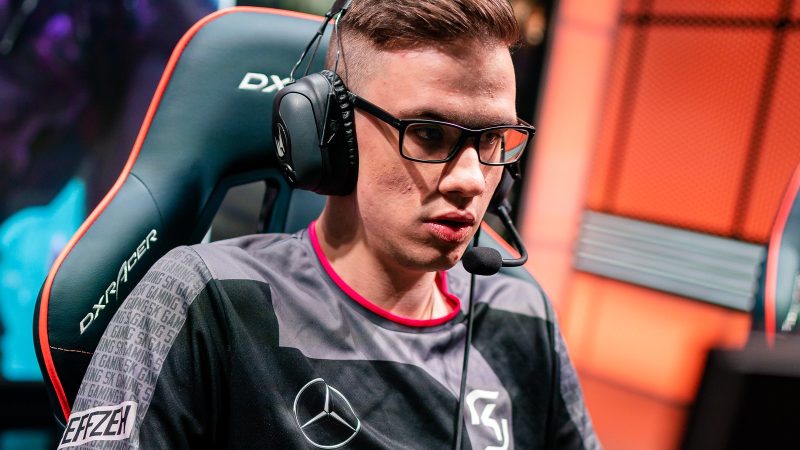 Crownie is a mechanically blessed player, as shown by his stellar performances on Ezreal. He prefers hypercarries over lane stompers: he only played 3 games with Lucian and none with Draven last year, but dabbled in picks such as Kog’Maw and Kai’Sa while they were not meta in the botlane. He did, however, play 24 games on Aphelios and 13 on Jinx, with Ezreal being his third most played. If the team can build around him and Adam can make space for him either on the map or in teamfights, he can put out crazy DPS and wipe the enemy team off the Rift.

Another ex-Vitality player rounds out Team BDS’ 2023 squad, as Labrov will be playing alongside Crownie in the botlane. The 20-year-old Greek has spent 4 years in the Regional Leagues, playing for teams such as We Love Gaming, Panathinaikos AC and Berlin International Gaming before joining Team Vitality before the 2020 Summer Split of the LEC. He found the most success with BIG, as he and his team won the 2019 EU Masters Summer Main event, then went on to get first place in the 2019 ESLM Winter Playoffs, which was the predecessor of the Prime League. With Vitality, he got a 9th place in the 2020 LEC Summer. After the first powerup of the squad, they finished 6th in the 2021 Summer Split, and alongside the team, Labrov improved as well. He remained on Vitality with the superteam as well, but after a catastrophic year, he left alongside the other four members. 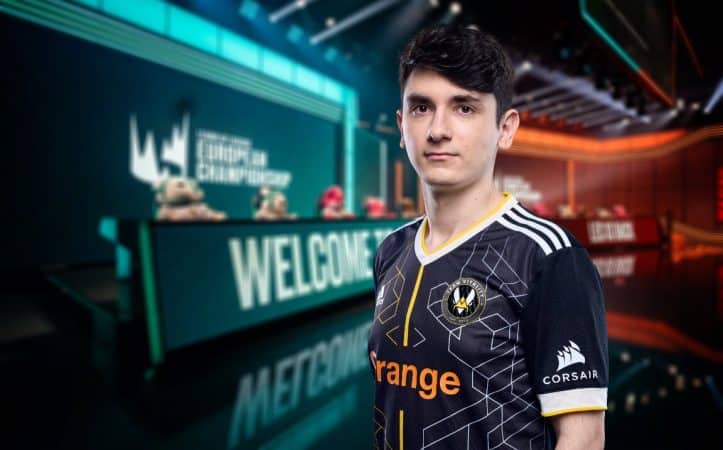 Labrov is one of the best Tahm Kench players in the European region, while being proficient on Thresh and Nautilus as well. He can play enchanters, but prefers if he can, he plays ones that can make picks as well, such as Renata Glasc and Rakan. While he and Crownie haven’t played together, the duo could prove to be a formidable opponent, as Labrov can help Crownie reach the points of the game where he becomes unstoppable.

Overall, the new BDS Team is looking miles better than before. In 2022, the team didn’t have a clear direction or experience – nuc was the player with the most LEC matches, but he was far from a leader. Now, with the arrival of Labrov and Crownie, BDS has some members that can show the way for others, while Adam and nuc are also reaching a point where they are not considered newbies anymore. Hopefully, BDS won’t finish in 10th place this time around, as most of the squad deserves a good season.

Catch Team BDS and the other LEC teams next Saturday, on the first day of the 2023 LEC Winter Split!