Swapping all but one player, SK Gaming looks to change not only its lineup, but its reputation as well.

While some teams, like KOI and Fnatic have kept most of the players from the last Season of competitive League of Legends, not all teams decided to follow this trend. We saw Excel Esports only keeping their ADC, and MAD Lions swapping out 3 members, trying to switch things around for the new year. SK Gaming is in this group as well, only signing one member from the 2022 squad and saying goodbye to long-time members in order to make it out of the bottom of the rankings.

Joining the team in place of Janik “JNX” Bartels is Irrelevant, who debuted in the LEC last Summer with Misfits Gaming. Irrelevant started out in the Italian PG Nationals Summer Promotion, but after failing to qualify with Manguste eSports, he transferred to the Prime League 1st Division, where he played for Flayn eSports. His first bigger team was GameWard in the LFL, with whom he finished 5th in the LFL 2021 Spring Playoffs, then 7th in the Summer Regular Season. After a brief stint with Wave Esports, and helping them qualify for the German Prime League Pro Division, Irrelevant returned to France to play for Misfits Premier, and he was able to garner some success, finishing 5th in Spring Playoffs. After the departure of Shin “HiRit” Tae-min, Misfits Gaming promoted Irrelevant to the main squad, and they made Playoffs, but sadly came in short to make Worlds. 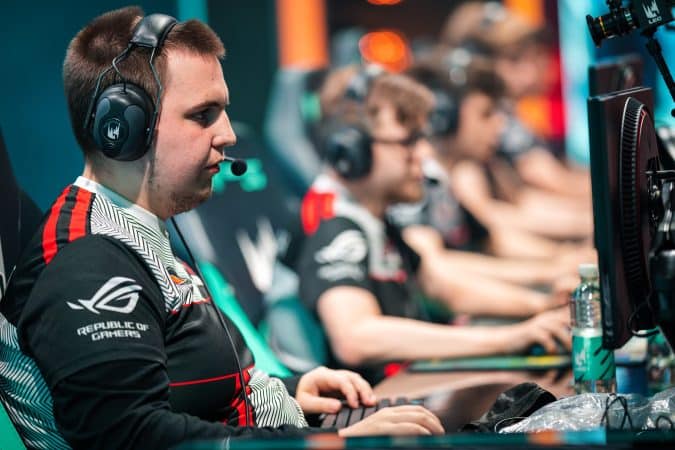 But after countless jokes about his name, Irrelevant rose to be a toplaner who was very relevant in the success of his team. Besides Gnar and Ornn, he was very proficient with Jayce and played quite a bit of Jax as well. He’s an allrounder who can weakside very well but has yet to show his carry side – maybe with SK Gaming.

SK Gaming’s new jungler is one, if not the best, acquisition of the team, as Markoon has been hailed as one of the greatest up-and-coming players of the region. The Dutch has played in the Nordic Championship at the beginning of his career, then joined UCAM Esports Club back in 2020. After playing for G2 Arctic in the 2020 Iberian Cup, he joined BTXL, Excel Esports’ Academy team and won the NLC 2021 Spring Split. They made second place in that year’s EU Masters Spring, after which Markoon got promoted to the main Excel Roster. Even though he was good, the British org didn’t manage to break the curse, finishing 7th in the 2021 Summer LEC Regular Season. But after some revamps at the beginning of last year, Markoon and co. managed to finish 5th, getting into LEC Playoffs the first time since Excel’s time in the LEC – mainly thanks to Markoon. While the team couldn’t go further, they made Summer Playoffs as well. 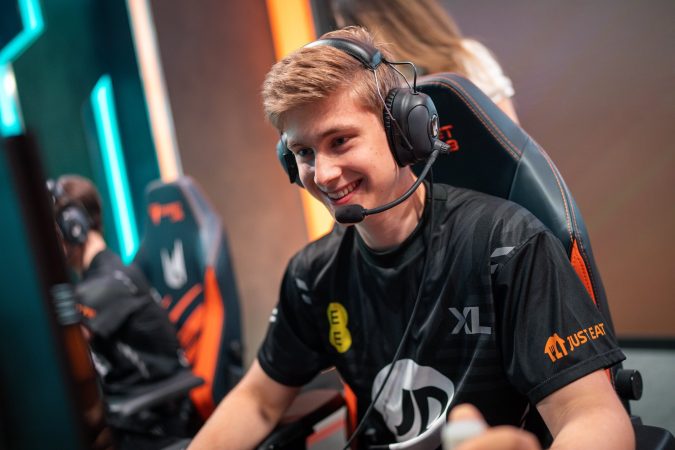 Markoon was one of the more proactive junglers of the region, always trying to get leads with his Xin Zhao and Trundle, while piloting Viego with proficiency as well. After Xin fell out of the meta, he had a harder time, but ultimately found himself again – and could find success for SK as well.

The only player remaining from the 2022 SK Gaming lineup is Sertuss, who managed to keep his spot after his team had a subpar performance. Sertuss played for Schalke 04 Evolution for most of his career, winning multiple German titles, then went on to play for Misfits Premier, with whom he got first place during LFL 2021 Summer Playoffs and Finals, and got into the top 4 of the 2021 Summer EU Masters. He joined SK before last Spring, and while they had some ups with the team, they ultimately finished both Spring and Summer at 8th place with a 7-11 record. But they did manage to beat MAD Lions G2 Esports and Rogue Twice, while defeating Misfits Gaming, Excel and Vitality once last year.

Sertuss’ playstyle is what you’d call a supportive midlaner. He doesn’t have an impressive KDA or Average Kills number yet, but he was the second-best in terms of the Kill Participation% and the third in DMG% among all of the LEC Midlaners, while having the best Average Wards per Minute of the 2022 Summer Regular Season. His picks kind of reflect this as well, as he played a lot of Orianna and Sylas, but had the most games on LeBlanc, who he uses as a playmaker rather than an all-out assassin. It will be interesting to see how his playstyle changes with his new teammates.

The first part of the Botlane package which SK Gaming managed to secure is Exakick, one of the best ADC’s of the LFL. The 19-year-old has played for LDLC OL for most of his career, but only became a star in the last year. While he found some success on the side of legendary support Bora “Yell0wStaR” Kim, finishing 3rd in the 2020 LFL Finals. 2021 started out rough, as LDLC OL finished in 9th place, but in Summer, Exakick and co. made it to playoffs. With the arrival of a new jungler and toplaner, however, LDLC rose to the top, and Exakick became a two-time LFL Champion, as well as an EU Masters Spring finalist.

His most played Champion was Aphelios by far, he played 29 professional games on the Weapon of the Faithful, had a 4.8 KDA and an 86% winrate – so his opponents better ban the pick so they don’t have to face the French on it. But then again, he could just pick another hypercarry, as he had stellar performances on almos all of them.

The other half of the new package is Doos, who played for LDLC alongside Exakick 2021. The Dane started his career in the German League back in 2018 with SK Gaming, and got many second-place finishes in smaller tournaments. At the beginning of 2019, after SK Gaming joined the LEC, he stayed with SK Gaming Prime and won ESLM 2019 Spring and qualified for EU Masters 2019, where he and his teammates got into the finals. After that success, Misfits Gaming signed him as a substitute, then put him in the Premier team as the main support. Misfits Premier had found success in 2020, finishing 3rd in the Summer. After a brief period with Cyberground Gaming, Doss returned to France to play for LDLC, where he and Exakick became one of the best botlanes in the country. While they didn’t manage to get any EU Masters titles, they got very close. 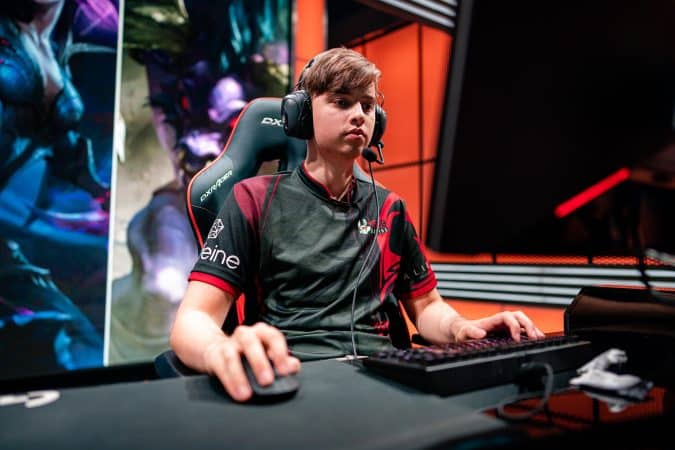 Doss is more of a playmaker than a traditional support, his most played Champions being Rakan and Braum. While the former is a staple among LEC supports, the latter is still a rarity, only being picked in certain situations. But for Doss, Braum is just another Saturday, and if you’re proficient on a niche character, you can take your enemies by surprise.

Overall, the new lineup of SK Gaming looks surprisingly good. They brought in some of the best up-and coming talent from the LEC and the ERL’s, and keeping their own in Sertuss. While the concerns about the lack of experience could be a worrying factor, Sertuss, Markoon and Irrelevant should be enough to keep the team together, so that Exakick and Doss can rise up to the challenge.