After a disappointing Spring Split, Team Vitality announced changes to their LEC roster’s jungle position with the signing of Haru and Bo.

Going into the LEC Summer Split 2022, Vitality is making changes in the roster. According to an announcement on the organization’s Twitter, the star jungler Oskar ‘Selfmade’ Boderek will not be a part of the active squad going forward. As Selfmade’s replacement, the team has reached an agreement with the South Korean jungler Kang ‘Haru’ Min-seung. Min-seung played last played for the Northern League of Legends Championship (NLC) team X7 Esports and he also was part of the Samsung Galaxy team that won the Worlds 2017.

Selfmade had joined Vİtality on May 26, 2021; and was an integral part of creating a ‘superteam’ with Luka ‘Perkz’ Perković and Barney ‘Alphari’ Morris. Unfortunately for the Vitality fans, the team was inconsistent at its best and underperformed severely. They finished the LEC Spring Split in the 6th place and were eliminated by G2 3-0.

After the season ended, speculations surfaced online that Selfmade was having disagreements with the team’s head coach Louis-Victor ‘Mephisto’ Legendre. While most fans expected that changes would come, not many thought Selfmade’s performance was the issue during the Split.

And according to the Twitter announcement, Vitality agrees. The team said ‘...Selfmade will be able to shine on any other team…’ but they had to make changes and ‘...jungle role had the best potential for success…’ for these changes.

Also in the announcement, Haru isn’t the only jungler Team Vitality signing for their LEC team. They are also bringing on the LPL prodigy Zhou "Bo" Yang-Bo as a substitute jungler. While the announcement says this is to ‘...give him the time he needs to acclimate to a new country, culture and language…’ it isn’t a big assumption to say, Bo will be the starting jungler in LEC at one point. 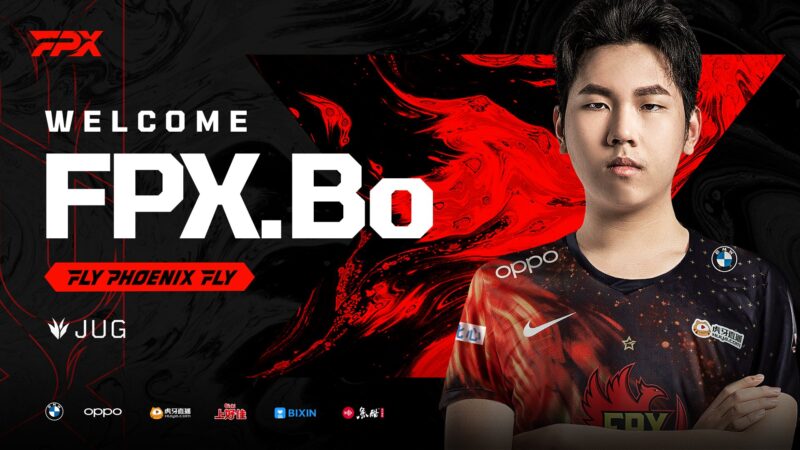 While playing for FunPlus Phoenix, Bo was one of the most prominent prospects in the LPL, until a suspension due to match-fixing on February 22, 2021. The suspension Bo was suspended for four months (originally six), from March 2 to June 1, 2011, for 1 case of LDL match-fixing. The sentence was short as he was coerced and helped Riot and LPL with the investigation. However, he was still benched on FPX before the signing, as most teams did not want to take a chance with the once-up and-comer superstar.

Both Haru and Bo’s signings are currently waiting for approval from Riot.