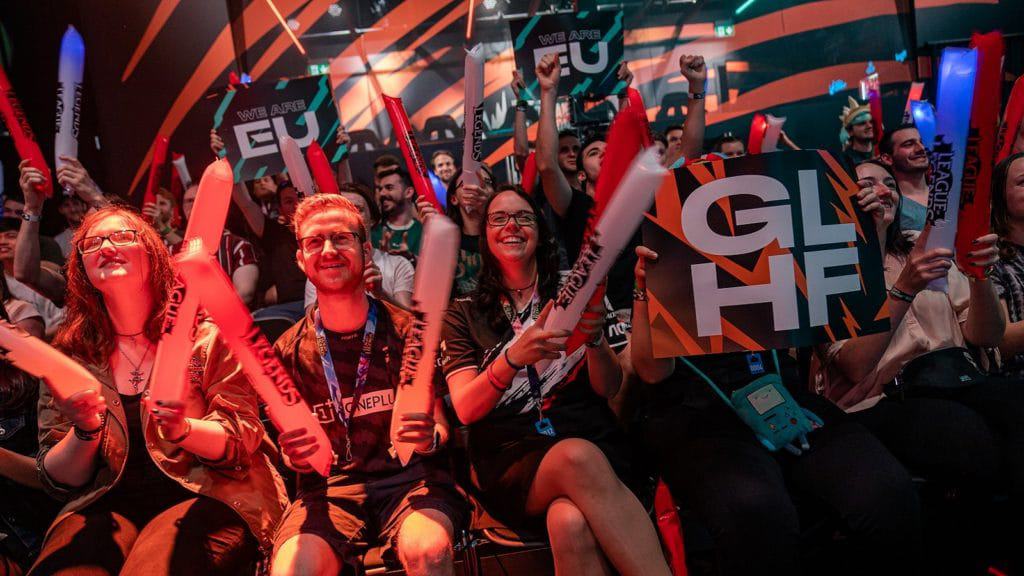 Day Two sees the LEC start to show a picture, a picture that even at this early state is starting to look like a G2 masterpiece as they face fellow 3-0 side, Origen, in the Game of the Week. Elsewhere Fnatic will look to prove a point and show that they mean business in 2020 while SK and Vitality look to finally get a win on the board. 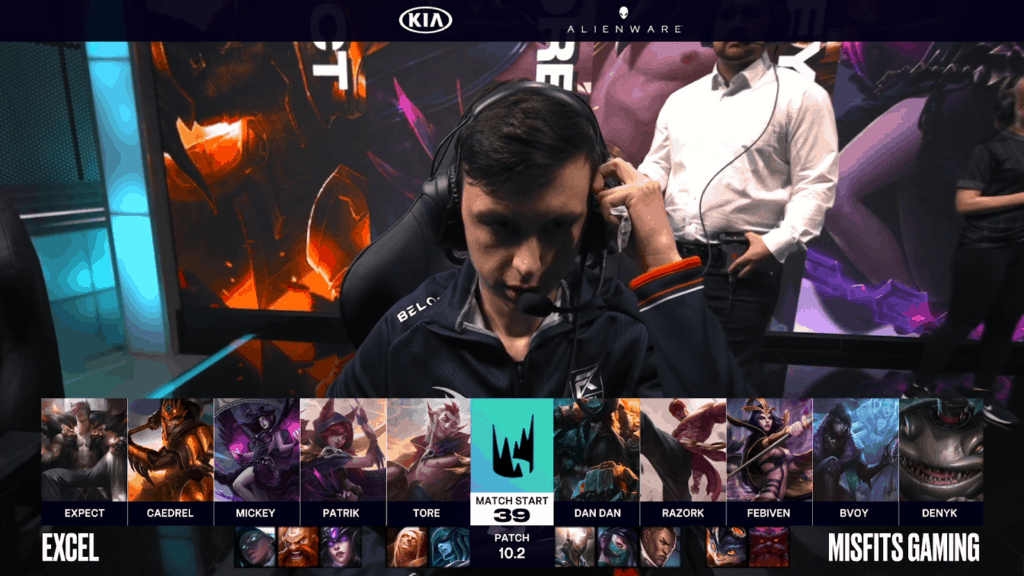 Going into the series, Excel Esports ("XL") come in with a 2-1 record for spring and looked a dominant side in their victory on Friday evening. As for Misfits Gaming ("MSF"), they come in with a weaker record of 1-2 as they look to improve on a disappointing 2020 campaign.

XL looked to bring their form from Friday into the Saturday match, with first blood going over to Mickey as he looks to continue on from his performance from yesterday. As the game reached the middle period, MSF managed to even up the kills but good Rift Herald use and lane control see XL hold a small 1.5k gold lead as the Infernal Soul is activated on the map.

With Infernal live, the fight breaks out. XL claims the drake and picks up the MSF jungler but lose three in return. MSF uses the body’s advantage to try a Baron but XL shut it down as the gold lead swings MSF way.

XL manages to sneak a near uncontested Baron buff with MSF seemingly nowhere to be seen MSF pick up the Infernal in return as XL looks to push. Nothing really comes of the buff for XL as it takes until the next Baron spawns for any action to happen. MSF claims the Baron. Unlike XL, MSF is able to turn the Baron into a win as they win the five v five and take the game. 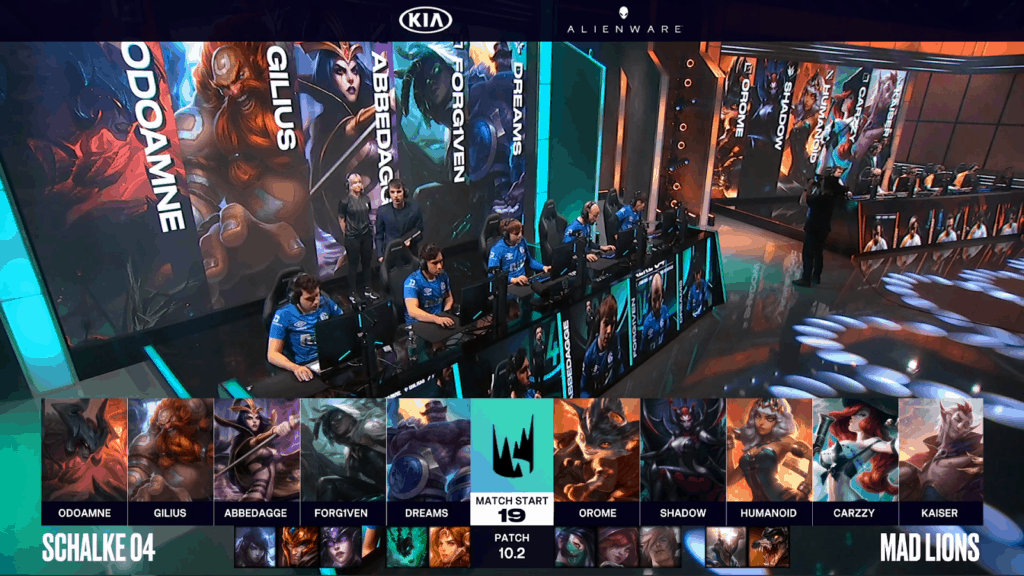 It’s been a mixed start for both Schalke 04 (“S04”) and Mad Lions (“MAD”) in the 2020 LEC. MAD has been able to pick up the one victory so far on week one while S04 has struggled thus far, being swept away by all three of their opponents thus far.

With that in mind, the game took a fairly expected start, with first blood going to S04 but the kill instantly gets traded back as the kills go 1-1. The game remains close into the 15th minute, though MAD holds a 1k lead and the Drake advantage. At this point, it was anyone’s game. With another 10 minutes on the clock, the fight finally breaks out in the bot lane, Shadow goes for a walk on his own and S04 pounce and punish and take Humanoid for good measure. S04 looks to take the 5v3 advantage to the Baron but MAD holds them off.

Moving into the late 20s, S04 looks to put their foot down and end the game, picking up kills and a second Infernal Drake. The 35th minutes come and the fight breaks out in the Baron area of the river, it’s messy but MAD win it and take Baron Buff. They do say the game can change in one team fight and this one looks to be going that way. MAD capitalize on the Buff and use it to gain a 3k power play and turn the lead in their favor. They don’t end it on this but do so with the next Baron and flip the game on its head to bring MAD to a 2-2 score this split and leave S04 reeling from their missed opportunities as they go into week three 0-4. 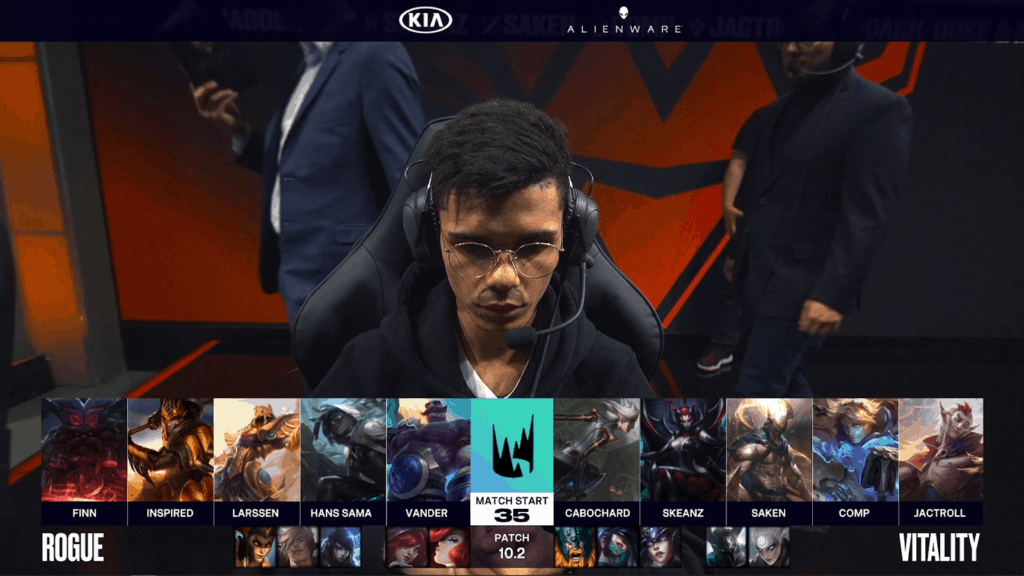 Rogue (“RGE”) goes into the game against Vitality (“VIT”) as one of the stronger looking sides so far in Spring Split. Their current 2-1 record sees them go against VIT who sit 0-3 and are really struggling to get a handle on the Split.

RGE takes an expected lead after getting first blood, snowballing the game at the 23-minute mark in a comfortable 5k lead, four Dragon advantage and 5-3 on towers. With Baron alive, RGE almost looks like they’re just waiting for an opportunity to strike and close out the game. Finally, at the 27th minute, RGE gets what they want and with 4k in the bank over VIT look set to close things out.

With a minute left on Baron Buff, RGE pushes the base and four VIT members before moving onto the Nexus and closing out the game taking RGE to 3-1 and looking like a vastly improved team since last year. As for VIT, it’s going to be another long week as the team looks ahead to week three and a chance to bounce back. 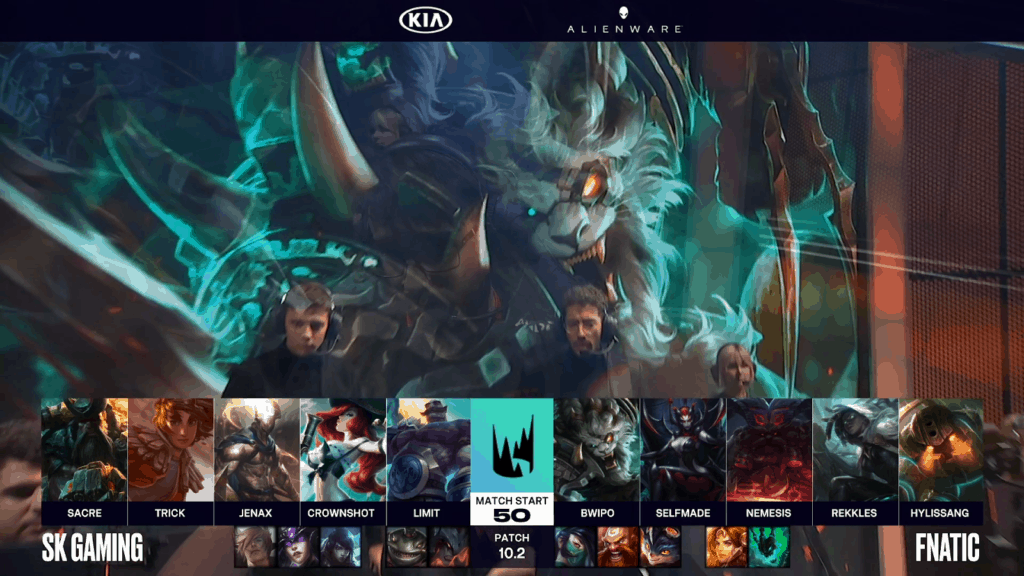 Fnatic (“FNC”) versus SK Gaming (“SK”) is the battle of the jungle, with Selfmade going up against his former side. With FNC coming into the game 2-1 and SK 1-2, the game has a lot at stake with FNC able to take a strong position with a win, while SK can bring their Spring Split-back on level ground.

The early game is fairly back-and-forth, it takes until the 14th minute to get our first meaningful engagement and it comes from a fairly weak engagement from SK. They get caught out and FNC picks up three easy kills and the game evens out. FNC looks to set up the games next big fight at minute 19 and while they have a slight lead, it’s clear that SK has the team fight power as they take the kill. The fight takes a break before picking up again at the Infernal Drake, a TP in from Bwipo and wonderful flash cacoon from Selfmade sees them pick up three important kills, an Infernal Drake and a tower.

SK pick up two big kills in the mid lane and move to Baron, Nemesis TPs in behind and flashes into the pit taking an easy kill on Limit. Rekkles and Selfmade move into the pit entrance and pick up four kills for FNC as they take the Baron. With the Baron acquired, FNC pushes the bot lane to win as they end the game looking dominant, despite a few dodgy moments in the mid-game. 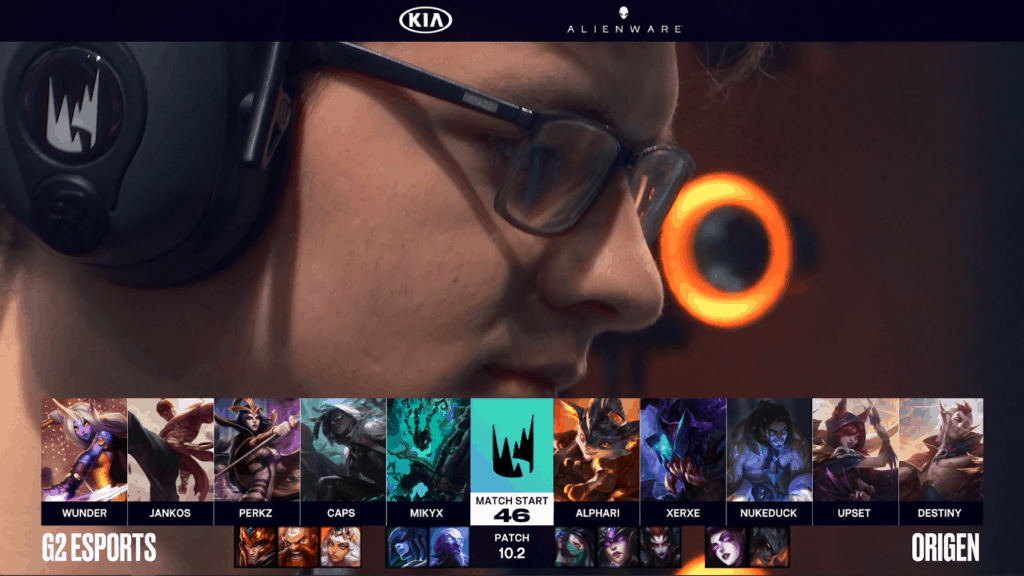 The battle for first place, G2 Esports (“G2”) have looked unshakable in the first three games on the split. On the opposite side of the Rift, Origen (“OG”) have been no slouches themselves, also taking a 3-0 record into this Game of the Week matchup. The winner goes top of the table and takes a big claim on the Spring Split even at this early stage.

G2 takes two early battles and two early kills, the sides early dominance this split is on full display here again today. OG is still at the party but G2 is in control. Speaking of control, G2 doesn’t seem to be interested in giving any of it up. Fight after fight they walk away healthy and with yet more gold. Upset does manage to use his magic feet to pick up two great kills for his side but it looks too little, too late as G2 moves onto a 3k gold lead and is controlling this game.

As G2 tries to look to stamp their authority on the Rift, they start the Baron before a mistake by Destiny leads to G2 chasing down two kills before starting back on the Baron. Sadly for G2, in their eagerness to stop the steal, Perkz goes too deep and gets taken out. With the fight continuing Jankos gets chunked out as OG pick up Caps and Mickx and claim the Baron, game on?

No, the game wasn’t on. Not for OG anyway. G2 march into the OG base as they take the inhib and ace the OG side, playing with their food rather than killing the Nexus as G2 tend to do. As they wait for the minions to show up, G2 decides to pick up a few more kills to help pad out their stats as they go 4-0 and look unstoppable already.