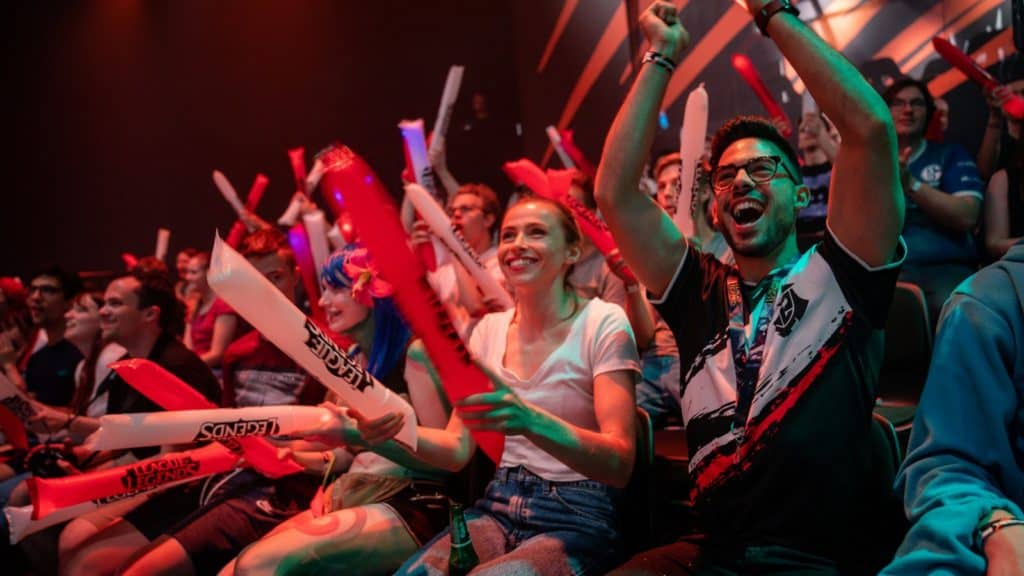 The LEC is two weeks in, and the teams are really starting to find their footing amongst exciting games. The meta is continuing to form in new, creative ways and is going to get even better. The first day of the LEC Week Two featured five games that showcased the best that Europe has to offer, so here's everything that happened! 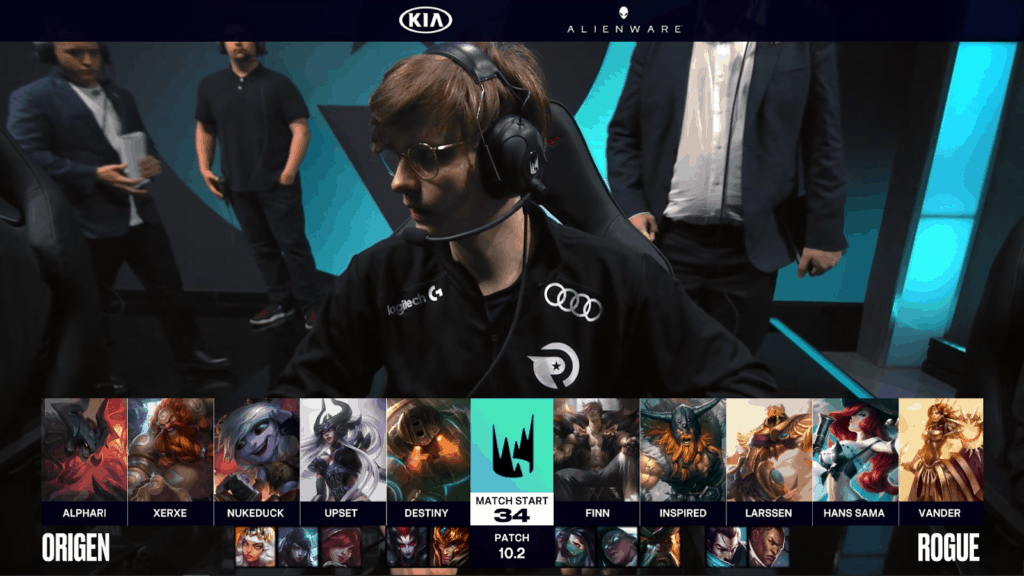 Origen (“OG”) took down Rogue (“RGE”) in comfortable fashion after they snowballed an early lead and slowly chocked our RGE to claim victory. First blood comes after a fight breaks out in the mid lane, with health bars low, Nukeduck goes in on a perfect Xerxe flash bodyslam combo as Larssen drops to the final explosion on the Tristana bomb. OG continues to build on the lead with a solo kill in the top lane before Xerxe heads bottom to claim his first kill. Things calm down as we enter the 20th minute. The early flurry of action has, however, seen OG take a 5k gold lead having picked up four kills and five towers with RGE picking up just one of each in return.

RGE continues to make attempts to get back into the game, picking up Drakes and trying to grab quick kills. While they do pick up another, they lose one in return, with the team unable to force a Baron. OG makes a great engagement through mid, with Xerxe catching nearly the entire RGE team in his Bodyslam. While RGE escape, licking their wounds, OG are able to claim Baron and take two kills. As the fight extends, OG pick up the remain members and march down mid lane to claim the win 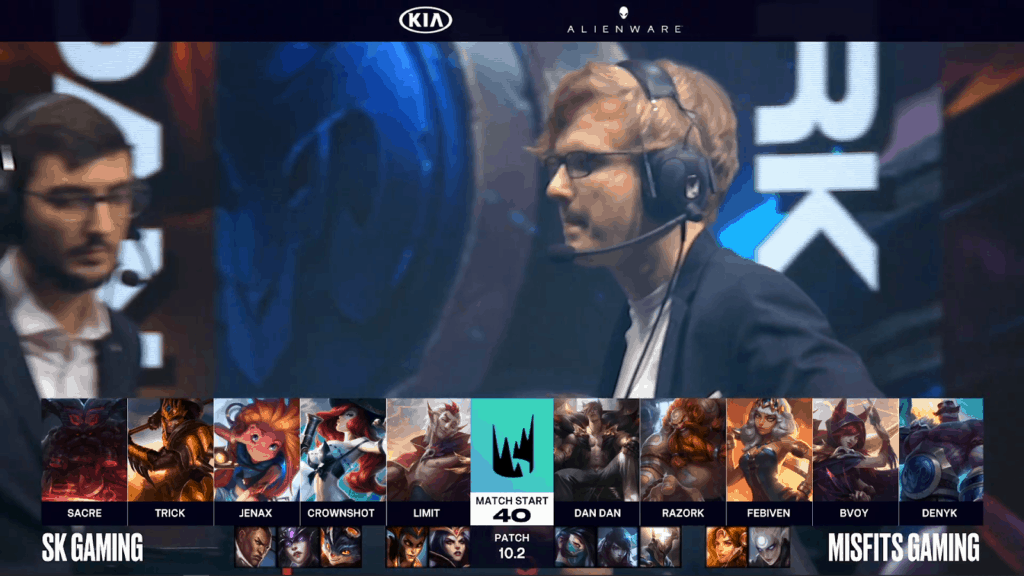 Misfits Gaming (“MSF”) took their first win of the weekend after another strong performance saw them take an early lead over SK Gaming (“SK”) and slowly bleed them out before a decisive fight ended the game. A fight breaks out for first blood in the lower jungle of SK with first blood going the way of MSF but the kill is quickly traded back after some quick footwork. As we move to the 20-minute mark MSF maintained a slight gold lead with a two-tower advantage.

In a slight repeat of game one, MSF keeps gaining as the game slows down into the 30-minute mark. With a 7k lead and all of the SK outer towers taken down, MSF looks to press their advantage. Baron spawned at the 34th minute, and when MSF forced the fight, Trick tried to steal but Febiven just obliterated the SK team doing more damage than the rest of his team as the fight broke out inside the pit. With Baron Buff and no SK members to stop them, MSF destroys the Nexus and claim the victory. 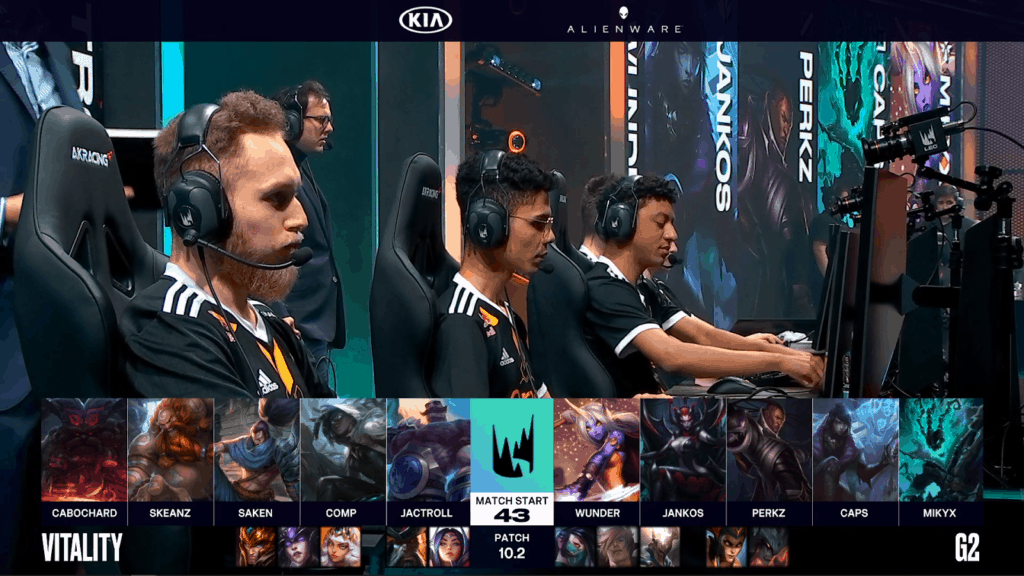 G2 Esports (“G2”) in a break from week two tradition decided to not only take an early lead but to take that lead and run with it. After waiting till the 7th minute to get first blood they continue to dominate the game in a way that only G2 seems to be able to do. Vitality (“VIT”) looked out classes in the game with G2 taking full advantage of VIT sub mid laner Saken.

Jankos makes his way into the VIT jungle and gets a kill onto Saken before moving to the top lane to pressure Cabochard. Skeanz makes his way top and the VIT pair crush Soraka before Jankos can jump out and surprise them. Thankfully for Jankos he manages to survive with some quick footwork. A fight breaks out in the bot lane at around the 12-minute mark with VIT using the Rift Herald, G2 save the tower and flip the play on its head. Picking up a kill, they push under the tower kiting the tower hits between members. VIT expend a teleport to help but end up losing their entire team and get nothing to show for it in return. The ace gives G2 a 5k lead at the 15-minute mark.

By the 20th minute, G2 pushes the mid lane as a fight breaks out, it looks like VIT might have taken a kill but the healing from G2 is too high and G2 is back to full health in no-time. They march down to the Nexus, play with their food a little and bring the game to an end on the 23rd minute. 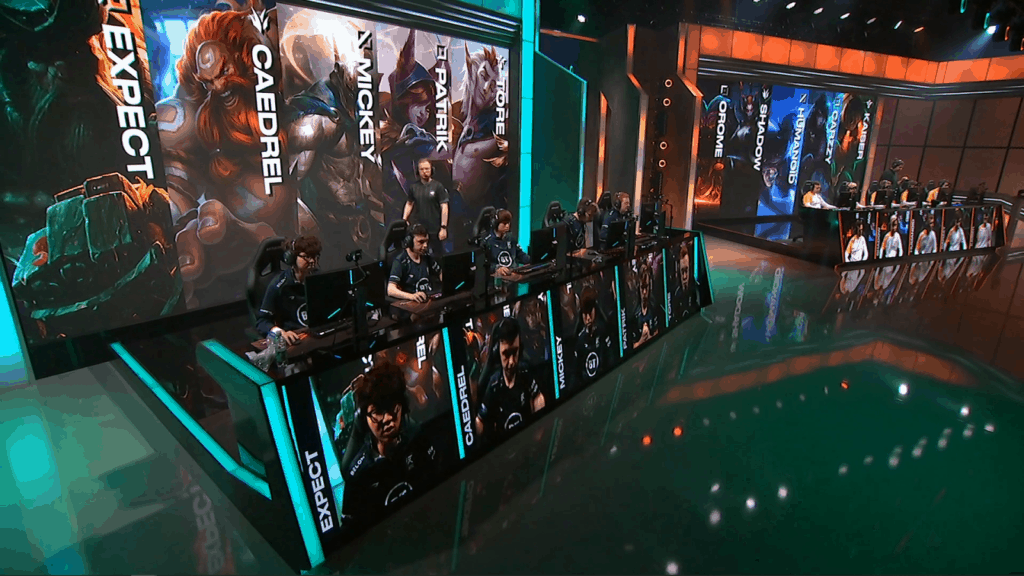 In the early game, if you had the nameplates off you’d think G2 never left the state with how dominant Excel Esports (“XL”) looked early on. Mad Lions (“MAD”), specifically Humanoid and Shadow looked outclassed and outgunned. The game certainly went on longer than it first looked like it would, ultimately, XL dominated the game and bring their LEC Spring Split record to 2-1.

The early game is dominated by Pantheon in the mid lane, every time Ryze tries to step forward Mikey is there to shut him down. Mickey shows his lane dominance with flash over the mid-wall into the MAD jungle to kill Ryze, Shadow is close and engages the fight but Mickey is just too strong and takes a first blood double-kill. A potential game-changing moment happens at the 10-minute mark, XL is stuck with two players under the tower as MAD approach diving and teleporting in the rest of the team, Mickey tries to help but they end up losing all 3 members and a huge shutdown from Mickey lands in the MAD bank.

With a 3k gold lead at minute 23, MAD looks to close in as they take the Infernal Drake and takedown Mickey in the fight. XL is split but manages to draw the fight out, kiting MAD into using the Ryze teleport as they turn and engage to take a 4-2 kill advantage and ultimately extend their gold lead to 4k. XL push their advantage by catching out the MAD bot lane and rush the Baron. Ryze Realm Warps himself and a minion wave to make sure he secures the XL bot lane outer and inhib tower.

The big fight happens in the lower half of the top river, a huge fight breaks out with teleports coming in, while the fight looks dicey to begin with for both sides, XL bring the damage and clean up the fight, picking up four kills and finishing off the ace-in-the-base! Making it four-fo-four for dominant wins in week two of the LEC. 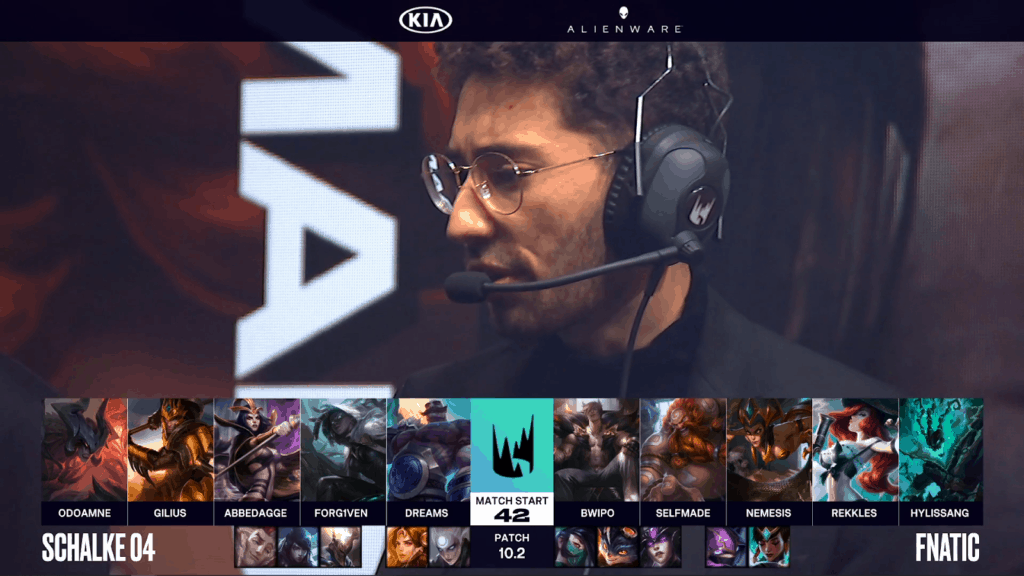 Fnatic (“FNC”) gave us five one-sided games in the LEC week two as they dominated Schalke 04 (“S04”) from first blood to Nexus destruction. First Blood came from a simple gank for Selfmade in the bot lane which saw Rekkles pick up the first blood. The fight picks back up later as Selfmade appears again to claim himself a kill.

The game just kept going Fnatic’s way with another kill picked up, this time in the mid lane for Nemesis. Is our day of dominant games Sett to continue? Fnatic certainly seems to think so, though it’ll be via Rekkles and not Bwipo. Approaching the 20-minute mark, Fnatic take their feet off the accelerator, slightly, they continue to capitalize on S04’s poor positioning and pick up an early Baron buff. Straight from the buff, they pick up three kills as they head into their final gear and knock down the S04 nexus.