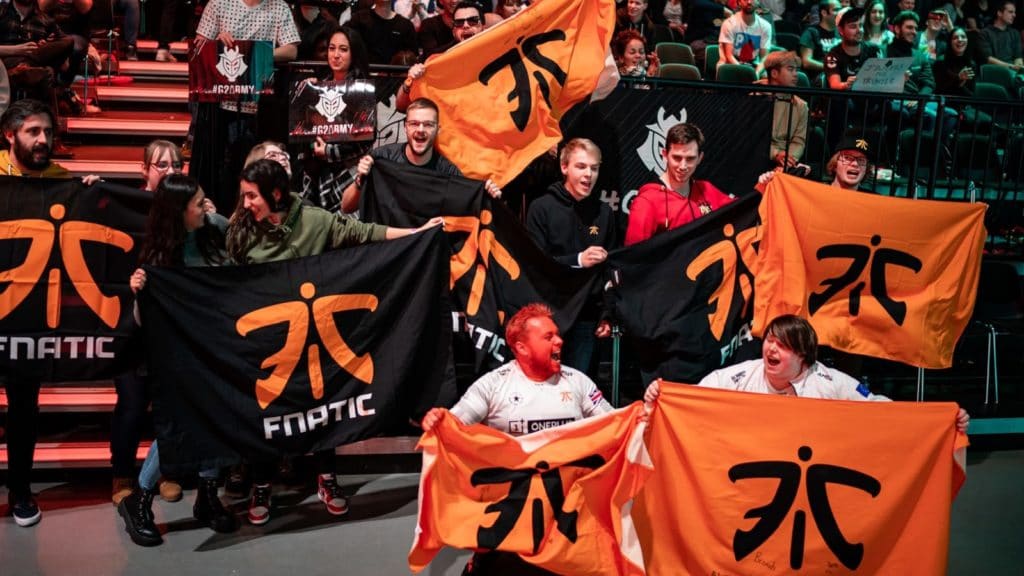 The LEC is three weeks in, and the teams are really starting to find their footing. The meta is continuing to form in new, creative ways as teams look to find the counters to make their mark. Day Two of Week Three sees the big one. G2 v Fnatic, the ultimate match of Europe. It also sees the two bottom sides have a chance to salvage their terrible starts to the LEC. 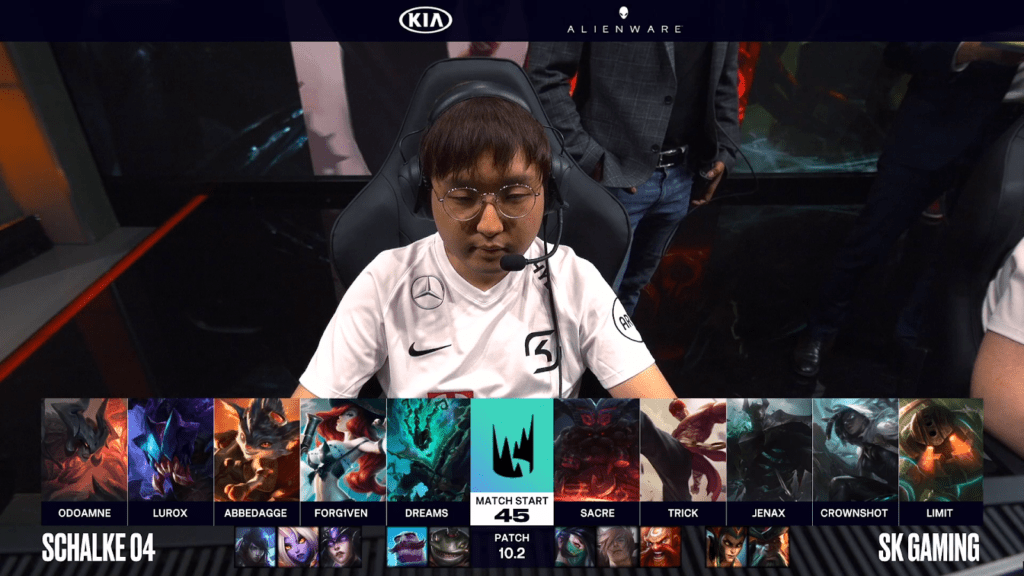 Schalke 04 (“S04”) came into the series with an 0-5 record in the Spring Split. With the roster struggling to find form and veteran ADC FORG1VEN clearly needing time to adjust with his new rookie support. SK Gaming (“SK”) has managed to pick up the one match victory so far but this is clearly an important series at the bottom of the LEC. It starts about as poorly as possible for S04 as FORG1VEN is taken down for first blood. Shortly after S04 picks up two big kills in the SK jungle but trade back a kill as they look for a third.

The match is played out like a game played between two struggling sides. With 20 minutes on the clock, the gold lead has spent the last 15 minutes jumping back and forth. S04 head into the 20s with a slight gold lead while SK holds the three Dragon advantage. We get our fight at the Mountain Drake, S04 claim it but SK claims the fight victory as they ace S04 and move to Baron. It continues to go downhill for S04 after the Drake loss. SK move to a 6k gold lead as the game looks set to end on the next Baron spawn. The next Baron is claimed by SK and it does indeed equal victory as they move to 2-4. 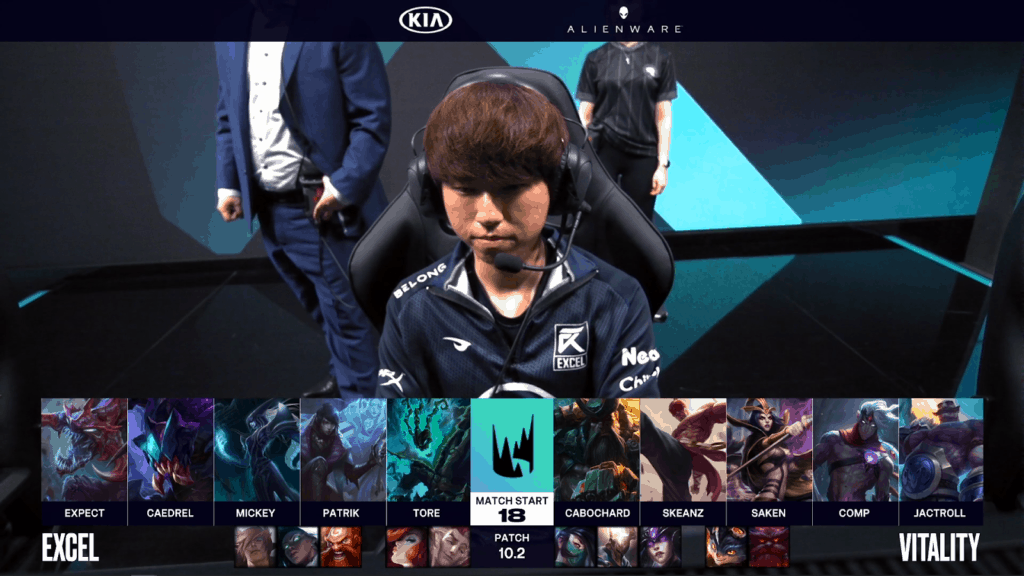 Excel Esports (“XL”) go into the match having been one of the surprise sides in the Spring Split thus far. While the record shows 2-3, a solid showing against Fnatic on Saturday will give fans hope. Team Vitality (“VIT”) on the other hand have not hit the ground running and will need to get the win today. First blood goes to VIT after Expect pushes too far into Cabochard and pays the price as he loses his life to Lee Sin. A fight breaks out in the bot lane and at first looks like a disaster for XL with VIT picking up two kills. Expect and Mickey teleport in as they pick up three kills in return and close the gold gap.

XL catches a break after finding Saken in their jungle. XL tries to flank but fails to land the skills shots so nothing more comes of it. The squad continues to claw back into the game. Picking up a fantastic kill in the top jungle before moving onto the Baron. With Cabochard continuing to split push, XL tries to break the VIT base but is unable to do so as their base crumbles. With Baron wearing off, XL finally makes the march for the base and leave VIT whimpering on 0-6 in spring. 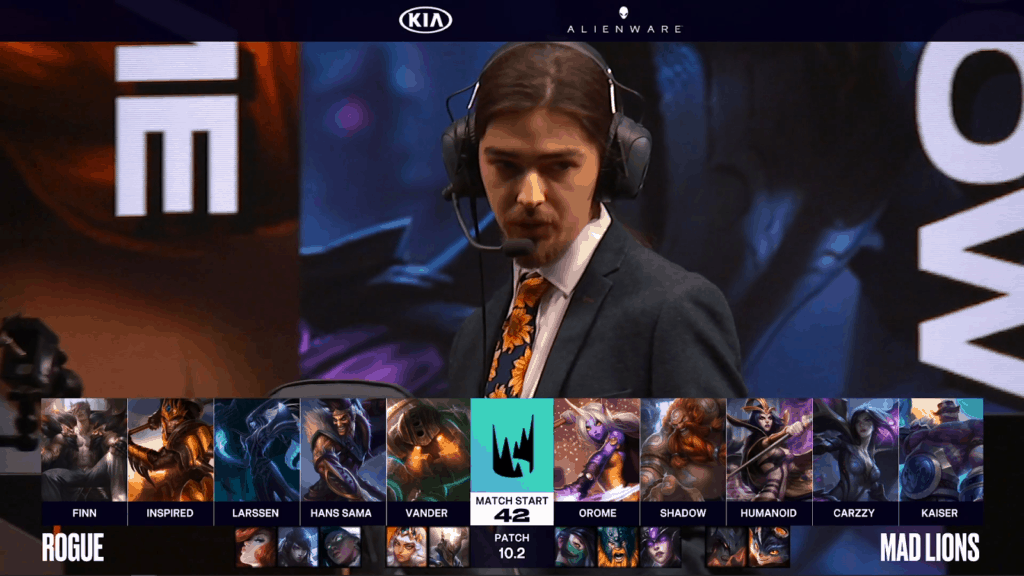 Rogue (“RGE”) and Mad Lions (“MAD”) go into the series both on 3-2 records. The match starts with a will-they-won’t-they in the RGE jungle. Somehow no one dies but RGE comes out a lot worse. Despite this, RGE claims the first blood onto Jarvan as Shadow gets caught out in his own jungle. We get a fight, and it’s a good one for RGE. Despite their poor start they down three MAD members on Rift Herald and take a 2k lead.

RGE start to pile on the pressure, picking up their 6th tower as they extend their lead to 4k. With Baron spawning, RGE looks to claim vision, push waves and accelerate the win. RGE gets caught out in a five v five, while they survive they lose all their ultimates in the process. MAD pick up a kill in the aftermath and push for the Baron, claiming another kill and taking the buff. Fast forward to the next Baron and the gold lead is back to 1k to MAD with the game now hanging in the balance.

MAD finally looks to end the game as they push into the RGE base in the 34th minute. However, in typical fashion for this game, they fail to do so as RGE chase them down and we keep going. Finally, MAD makes the push count and breaks the base as they go 4-2 and show why they’re a hyped roster. 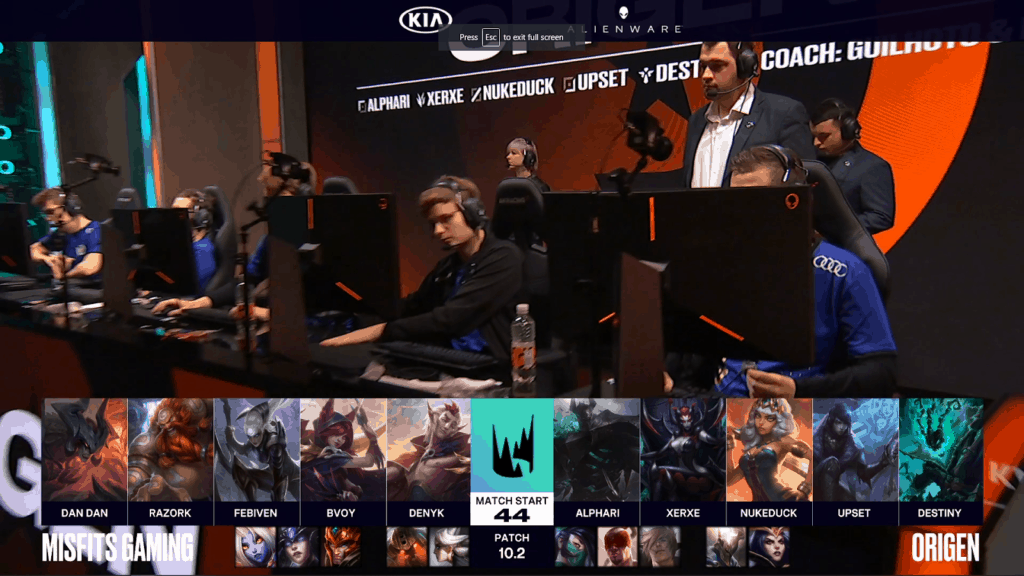 Misfits Gaming (“MSF”) go into the series in a fairly middle-of-the-table side. While Origen (“OG”) has had a decent Spring having only lost the one game against G2 so far. It’s MSF who take the first blood on Gragas as he takes out the OG top laner Alphari. MSF via Gragas continues to dominate as they build a 150minute 3.5k lead. MSF maintains its lead as they pick up two Drakes and three total towers. OG grab a kill but still sit 4k behind as we reach the 25th minute.

And just like that, the lead is gone. OG catches out MSF on the Baron, stealing the buff in a 50/50 and taking down three members of MSF as they take the lead. MSF clap back! A huge fight breaks out in mid and MSF gets three kills and an inhib. OG tries to slow down the mid creep wave as MSF push for Baron as the game swings again.

MSF do it, they turn around a losing fight and smash OG and take the upset victory. The game swung back-and-forth multiple times but MSF manages to take it. 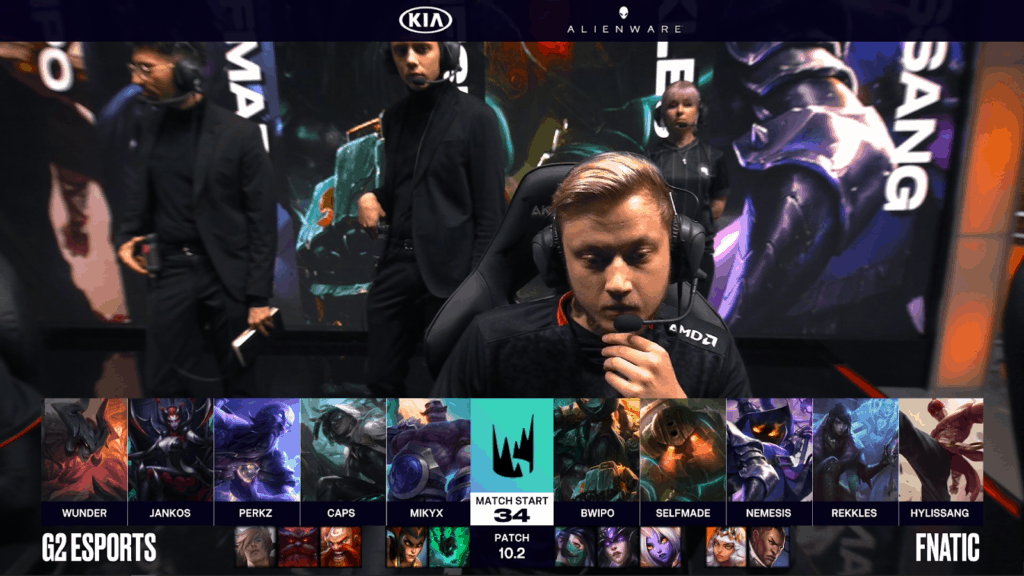 Heading into the Game of the Week G2 Esports (“G2”) is unbeaten, and frankly, look unbeatable. Fnatic (“FNC”) are looking solid with Rekkles leading the line. It’s the most hyped matchup in European LoL, probably even Western LoL and it means a lot to both sides. With former FNC star mid laner Caps having won multiple titles on G2, the game always has an extra level of spice.

Speaking of spice… we get exactly that at level one. FNC invades the top side jungle and a three v three breaks out. Somehow, no one dies but Perkz is forced out of lane and loses his flash in the process. It’s G2 who gets first blood, they collapse on the FNC bot lane and pick up two kills. G2 keeps pushing and gaining advantages as they gain a 2.5k lead. Then Selfmade happens, channeling his inner Broxah he makes a slick Lee Sin play to destroy Caps before a TP from Nemesis secures Jankos.

The fight breaks out at near 23 minutes and it starts with Rekkles getting caught out, the rest is history for FNC. They lose all five members as G2 tightens their grip on the game and looks set to shutout FNC. G2 takes an easy Baron with FNC having their backs against the wall. They just throw themselves at G2 and it isn’t working. FNC look out of ideas and desperate to make something happen as G2 crush them and go 6-0.